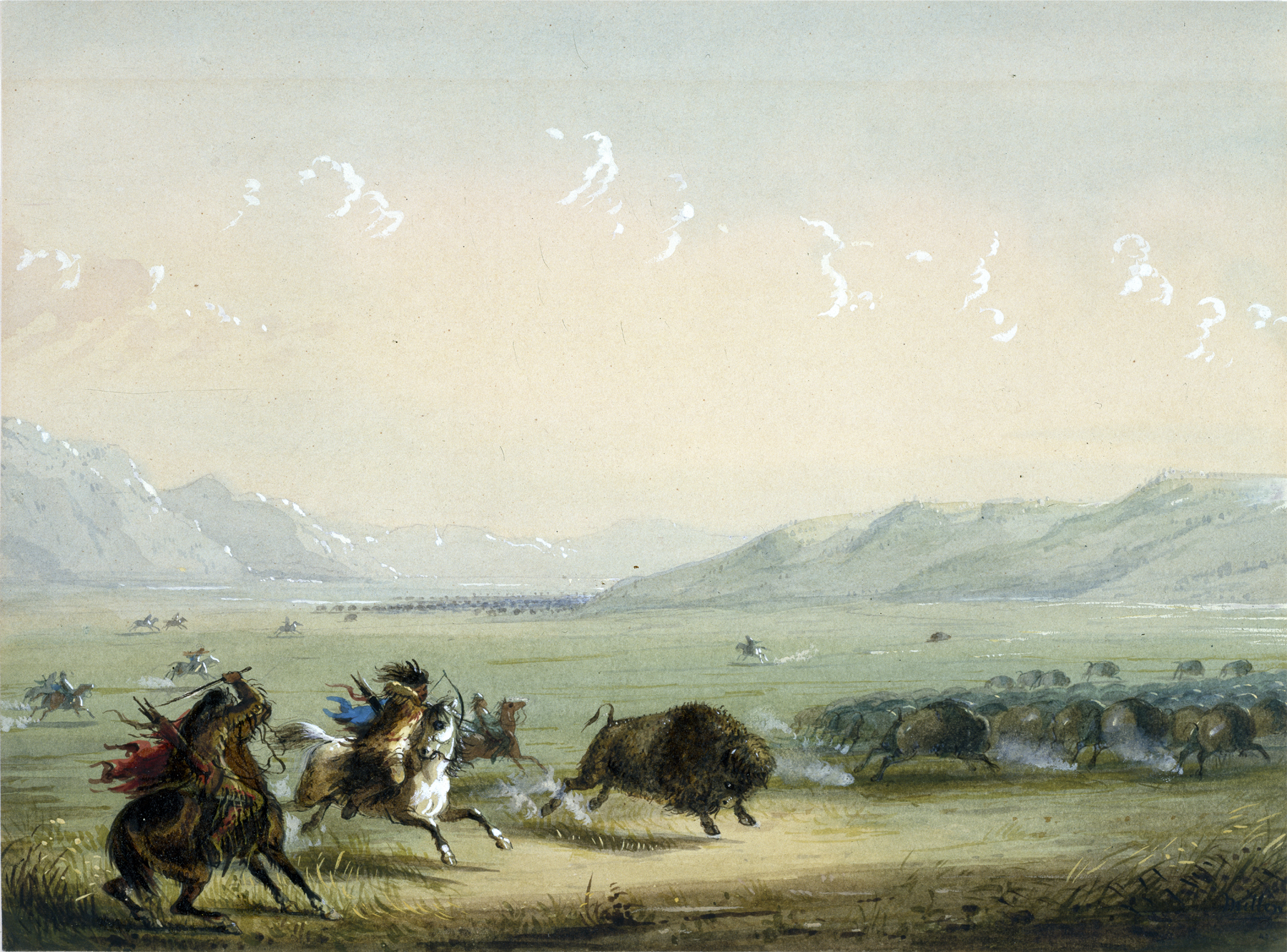 "The scene of action is near the cut rocks. An Indian on a well-trained horse has separated a Buffalo from the herd and is about to have a shot at him, others are going pell-mell after the tretreating herd among the hills in the background. In the immediate foreground is a horse unaccustomed to the chase, frightened at the unweieldly brute's noise and confusion about him. The prairie is admirably adopted to these hunts, from its level surface,- freedom from bogs, quicksand, and interruptions of any kind. Hunters of the fox in civilized life would consider this hard work,- indeed to make a successful hunter of these huge brutes requires long practice both of men & horses, and is always attended with more or less danger." A.J. Miller, extracted from "The West of Alfred Jacob Miller" (1837).