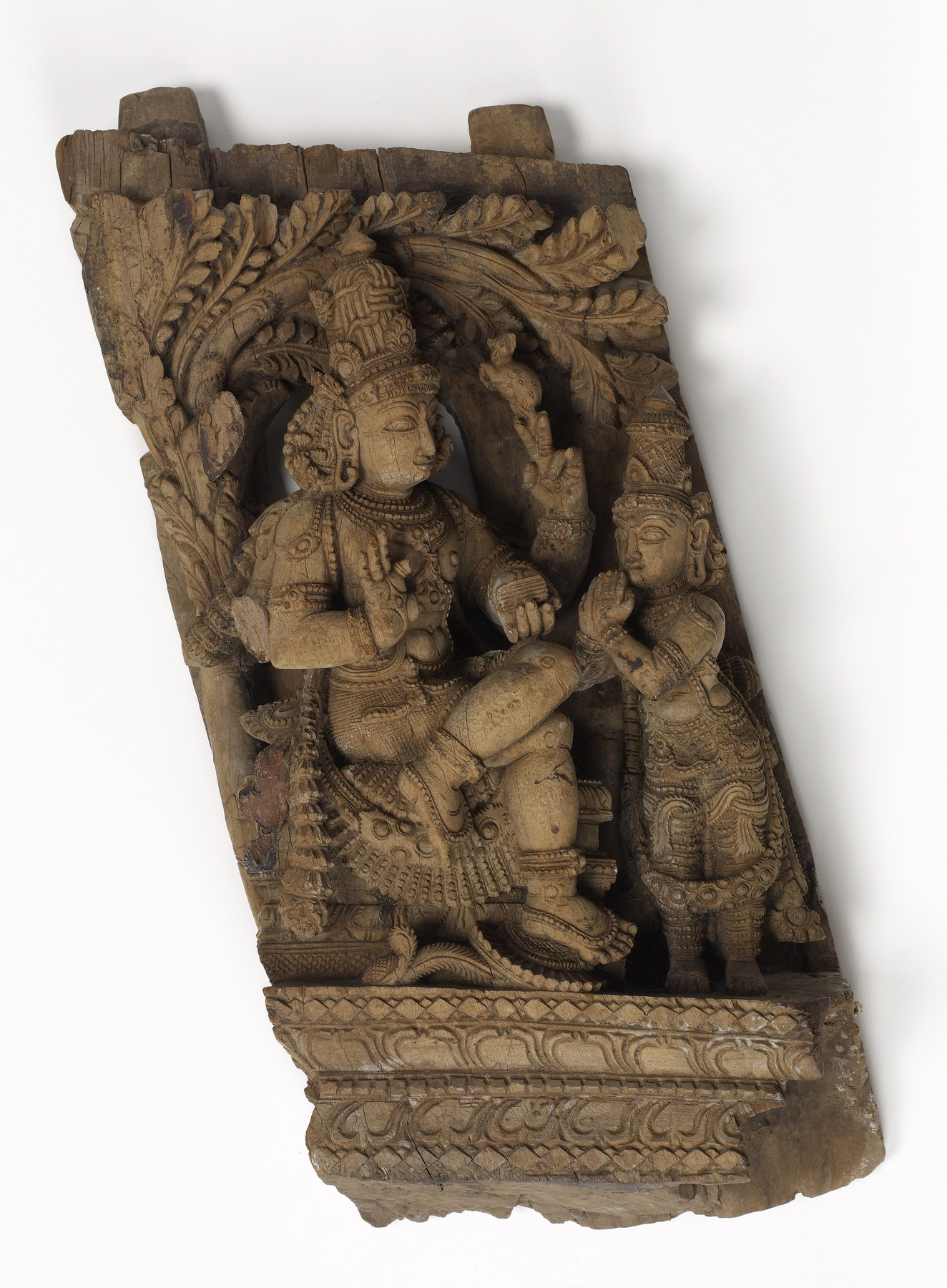 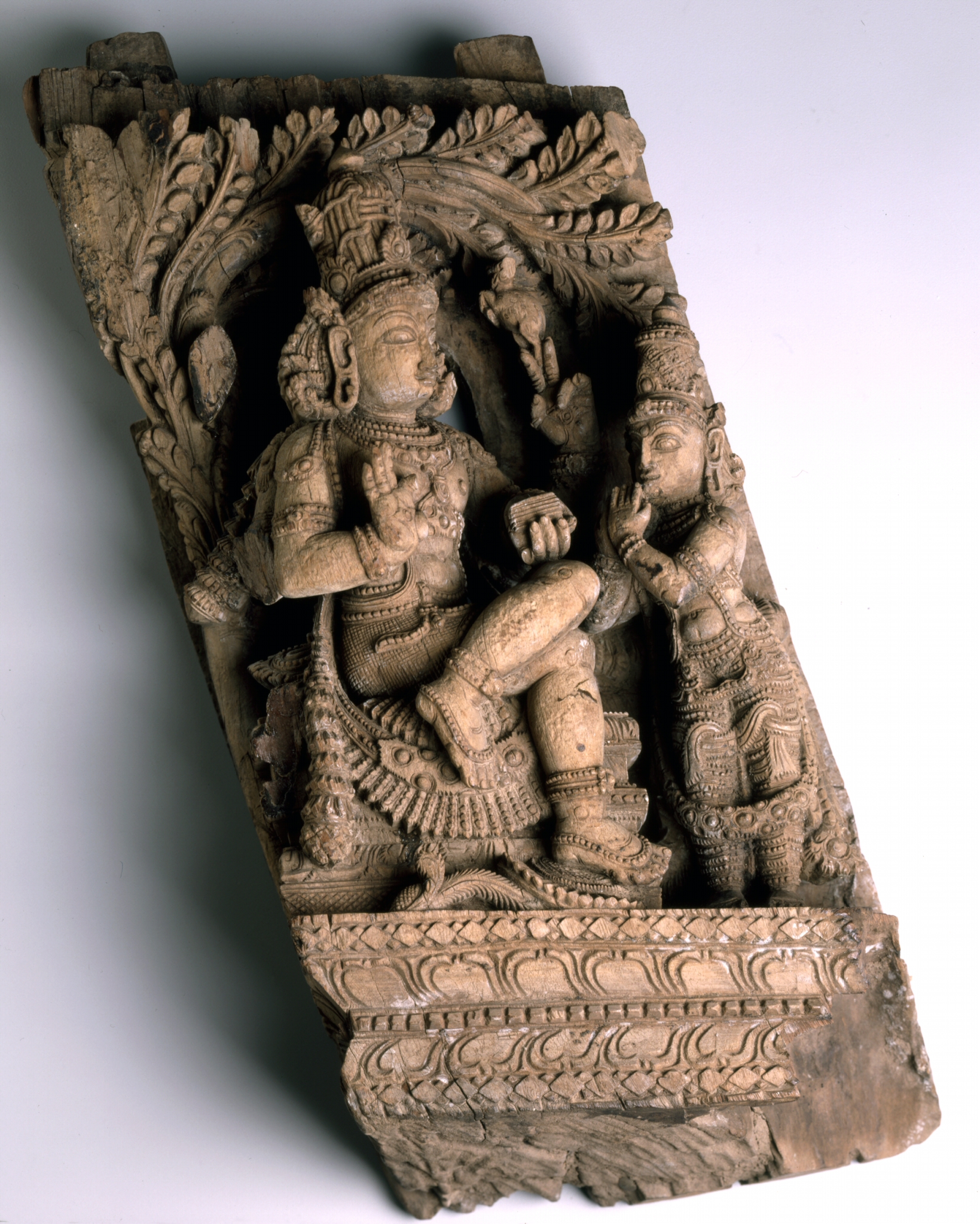 Shiva as the Supreme Teacher

In this wooden sculpture, which once formed part of a temple chariot used for ritual processions, the Hindu god Shiva assumes the role of the supreme teacher, Dakshinamurti (“south-facing image”). Shiva is said to have faced south when imparting his supreme knowledge to the forest-dwelling sages of ancient times, and as Dakshinamurti he sits beneath a tree and forms the teaching gesture with his principal right hand (when intact, the thumb and forefinger of this Shiva would have been joined). Here he also holds a book and an antelope (an allusion to Shiva’s role as lord of creatures); his fourth hand, now missing, would have held a battle axe (which cuts through illusion). Shiva’s disciple, who joins his hands in respect and devotion toward the divine teacher, appears to be more royal than ascetic—the sculptor has taken great care in carving the details of his elaborate clothing, jewelry, and crown.

This wooden panel is a fragment of either a temple chariot or a covered vehicle known as a palanquin. Parading from the temple into the streets, four-wheeled chariots were pulled on ropes by devotees, while palanquins were carried on the shoulders. These vehicles carried sculptures adorned with colorful textiles, gold ornaments, and flowers. Surrounding the chariot, men and women chanted, danced, and beat drums.
Like the temples to which they belong, temple chariots feature carved images of gods and goddesses.