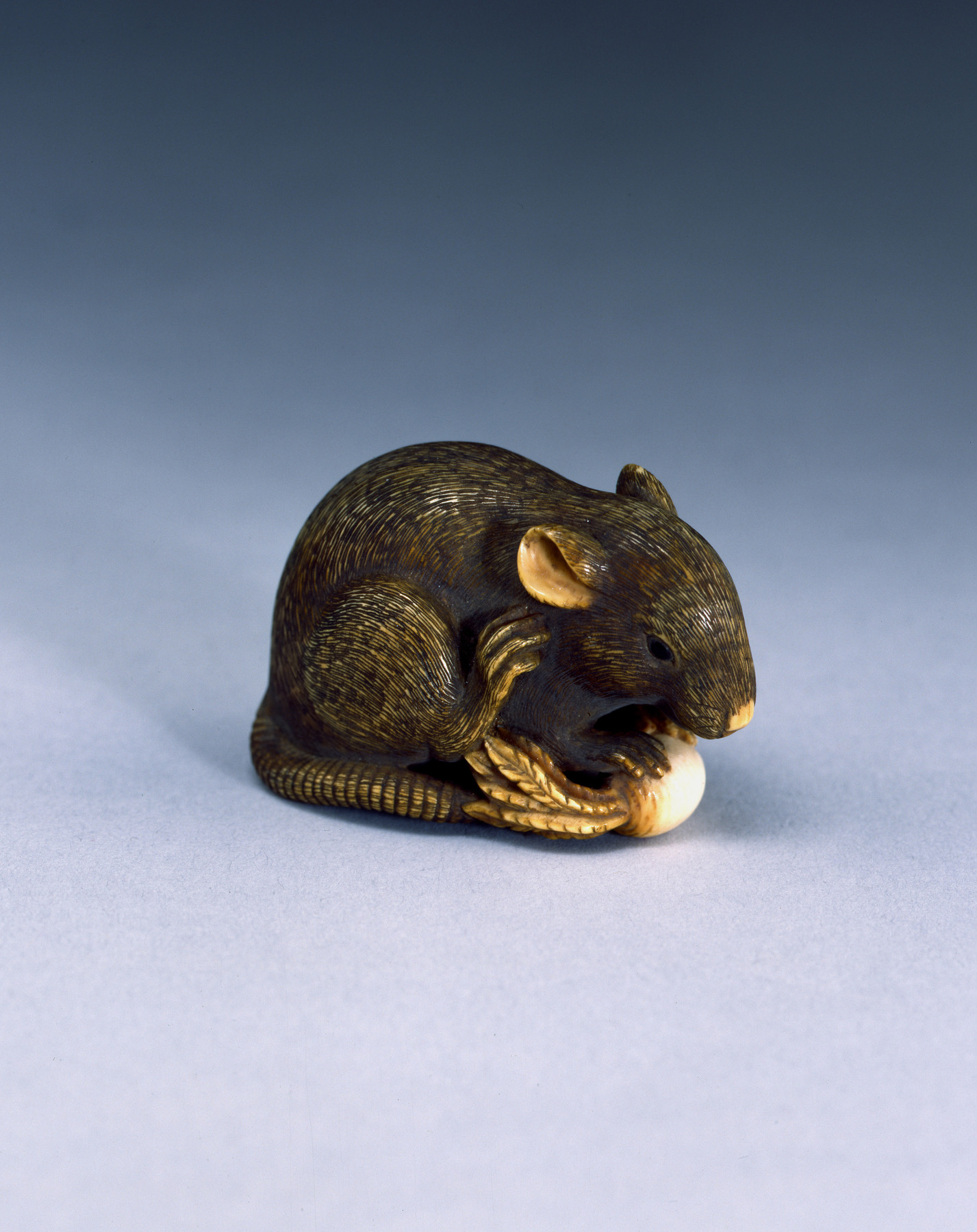 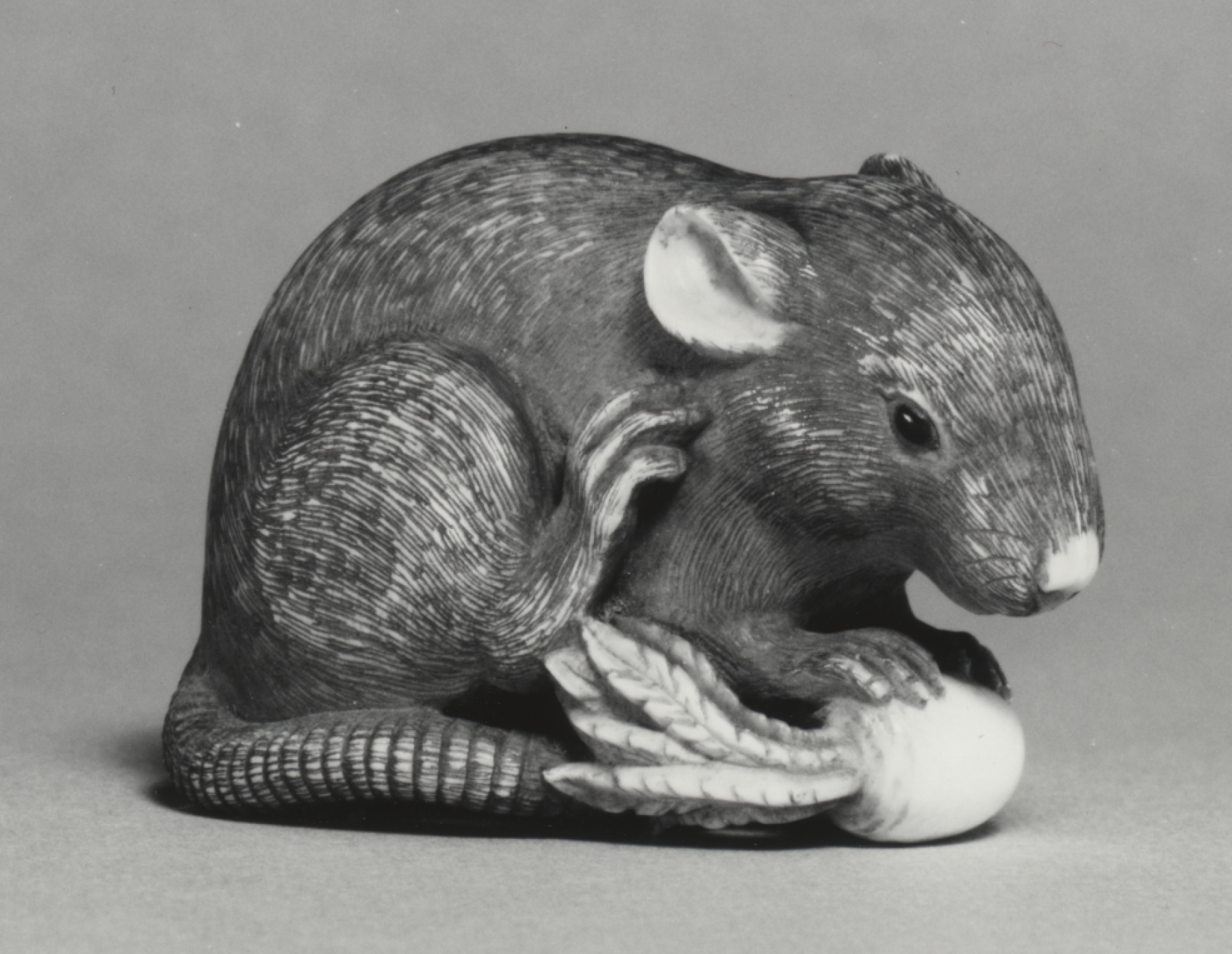 Netsuke in the Form of a Rat

The rat is portrayed with one rear leg raised to his ear and holding a "daikon," or Japanese radish, in his front paws. It has been realistically carved and tinted with considerable attention lavished on its finely incised strands of fur. Black coral was used for the inlaid eyes. The rat, which is the first animal in the Chinese and Japanese twelve-year cycle, was the first to appear before the Buddha in an audience of animals. It was a popular subject, especially for those born in its year.