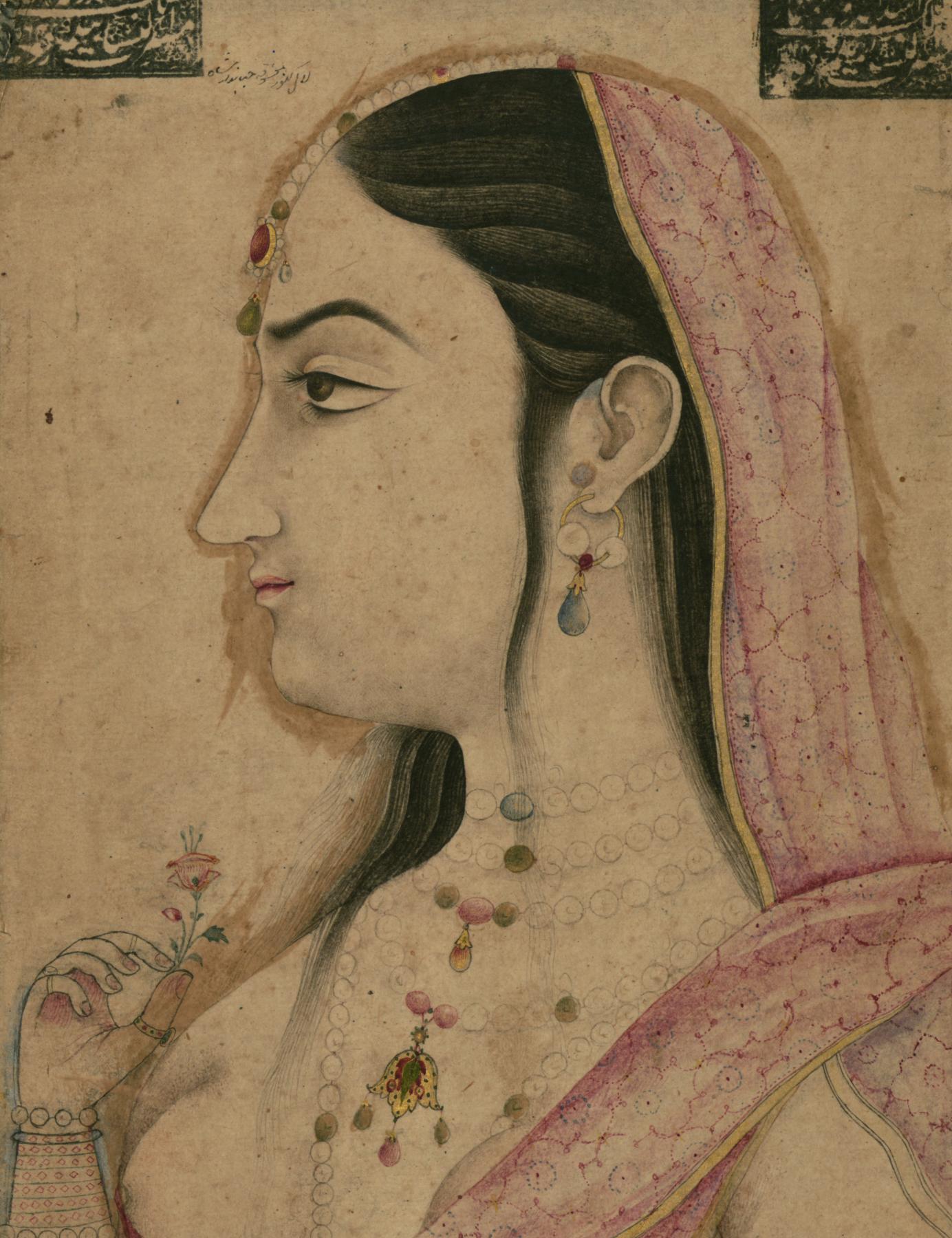 This Mughal color-wash drawing, Walters manuscript leaf W.712, dates to the12th century AH/AD 18th and depicts Lal Kunwar, the beloved of the 8th Mughal Emperor Jahandar Shah (died 1125 AH/AD 1713). Originally a dancing girl, she became Jahandar's concubine and later the queen consort. Contemporary historians noted Jahandar Shah's decadent lifestyle and his devotion to the female entertainer Lal Kunwar, who is named in the inscription at the top of the page. Reportedly, Lal Kunwar had much influence at Jahandar's court. The seals in the upper corners of the page were added later. 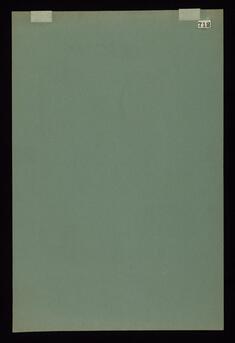 Portrait of Lal Kunwar (Back) 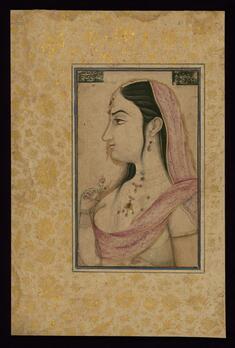