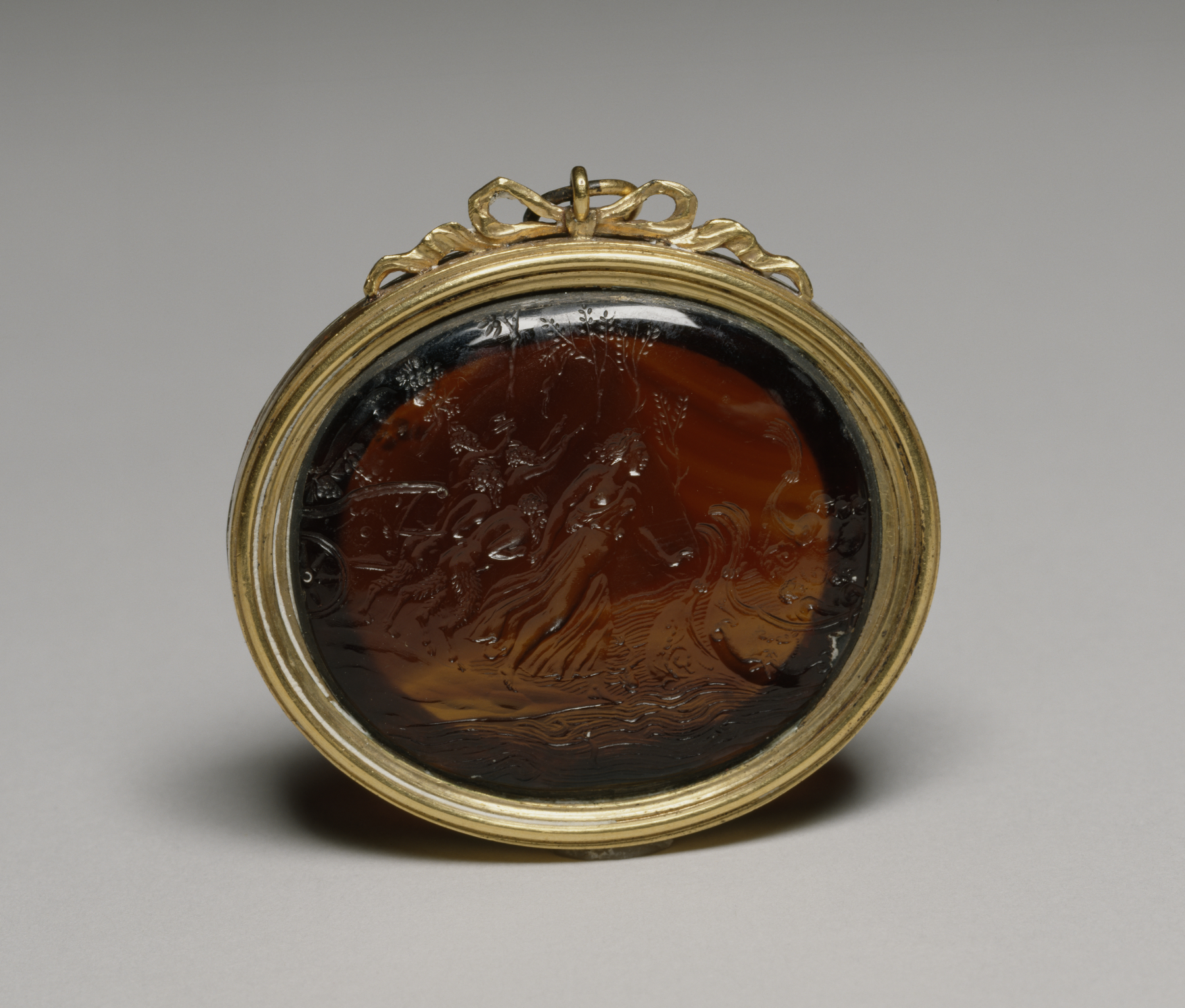 Pendant with Ariadne Deserted by Theseus

This fine carved gem was in the famous gem collection of Thomas Howard the Earl of Arundel, a collection assembled in the 1630s. It seems most likely that the collector was given to believe that the gem was ancient. The earliest description does not mention a mount.

The mythological scene represents an episode in the life of Ariadne. She is shown here abandoned on the island of Naxos by the Athenian hero Theseus, indicated by the ships on the right leaving the island without Ariadne. Theseus had fled with her from Crete, where she had helped him escape the famous labyrinth commissioned by her father Minos after Theseus killed the ghastly Minotaur and freed the Athenian youths held hostage there. The reason for Theseus's unheroic behavior can be seen on the left side of the gem surface: the god Dionysus is approaching in a chariot drawn by goat-legged followers. He has fallen in love with Ariadne and is not going to let a mortal get in his way.