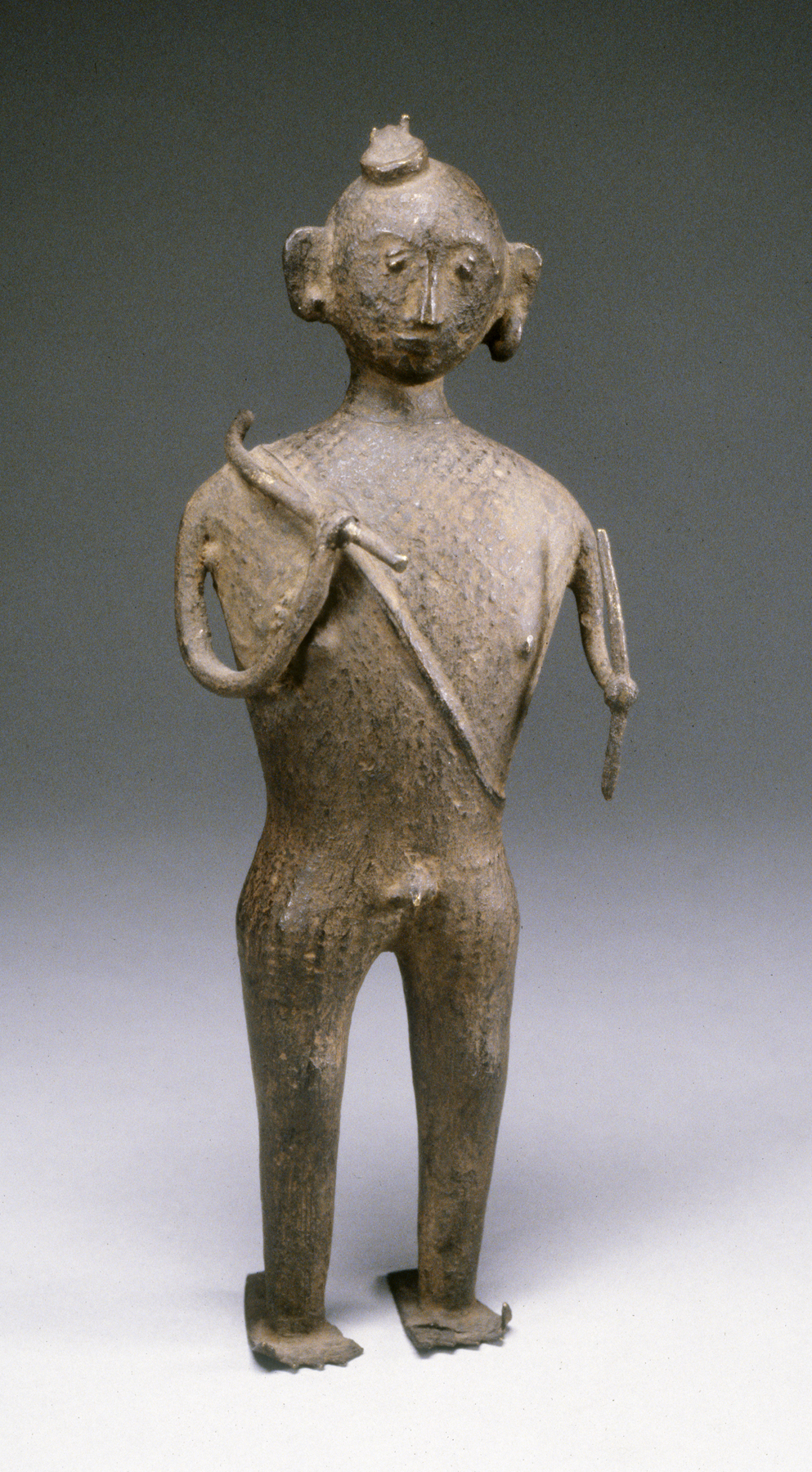 Unusually sized, this figure stands in a fully-frontal position. This figure does have an earring in the complete left ear. The warrior holds a stick in his left hand and balances his gun over his right shoulder. A cord of rope is slung over his right shoulder. The torso is wide and powerfully constructed, belying the contrasting skinniness of the arms. The form tapers slightly at the waist, but flares at the hips. The legs, composed of simple slightly tapering cylinders that terminate in thick, almost duck-like feet, appear thick enough to support this large frame. The large round head is balanced on either side by fleshy ears that stick out from the sides. Lacking any individual characteristic, the features are composed of simple forms. Wonderfully upsetting the almost symmetrical balance of the image, a small hat is tilted rakishly to the right. The image also displays the characteristic web-like surface pattern of those bronzes produced for the Kond. It is likely the image is that of an ancestor and served some totemic function for its clan. Ancestor images are usually identified by their depiction of figures involved in activities, or displaying attributes, that were indicative of the subject's life. This image, then, is most probably that of a great warrior becauase of both its size and the attributes carried.

Gift of the Friends of the Asian Collection, 1999