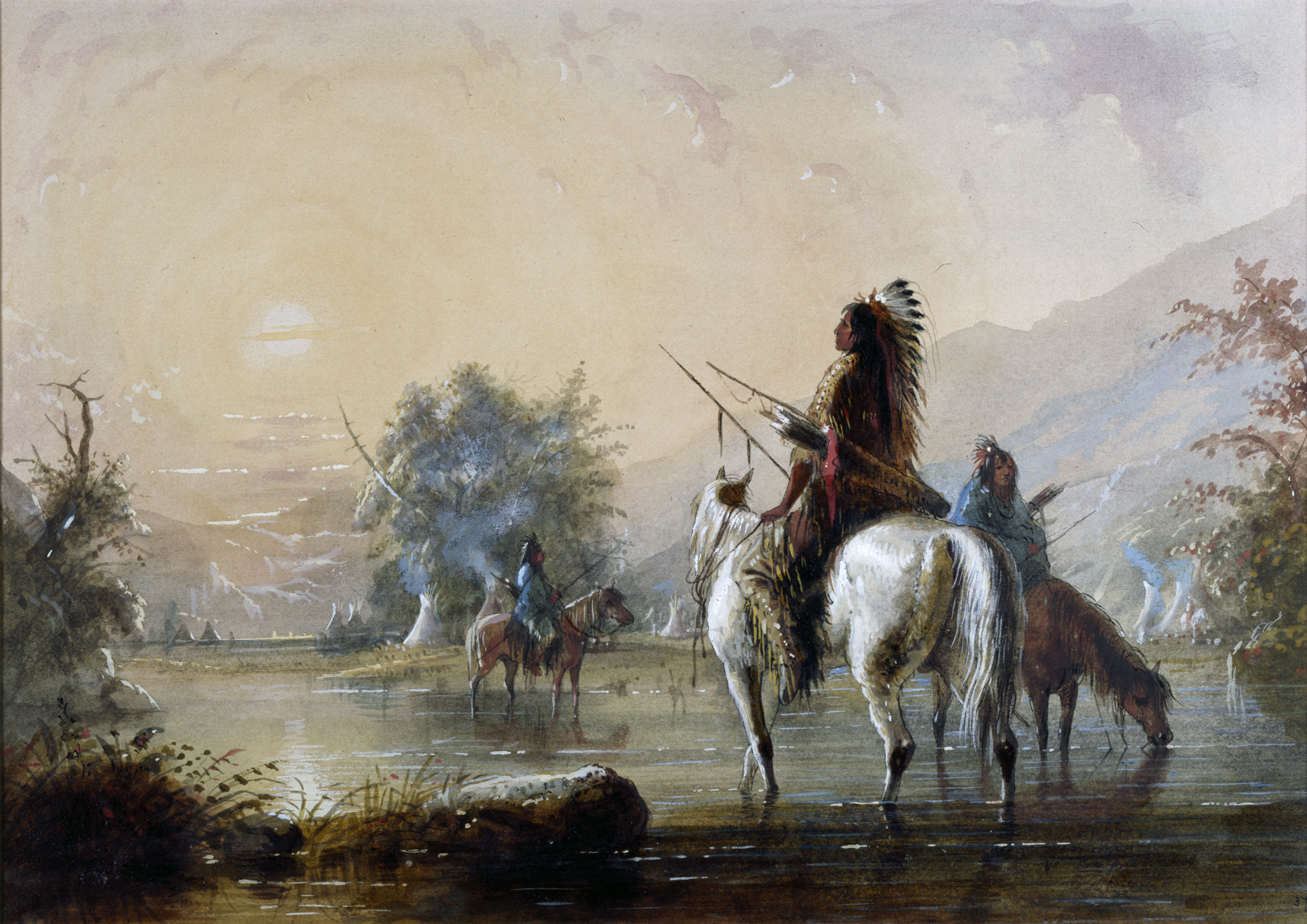 "At this encampment we meet some splendid specimens of this tribe, well mounted on good horses, and plenty of them. Their views of the rights of property differ from ours." A.J. Miller, extracted from "The West of Alfred Jacob Miller" (1837).