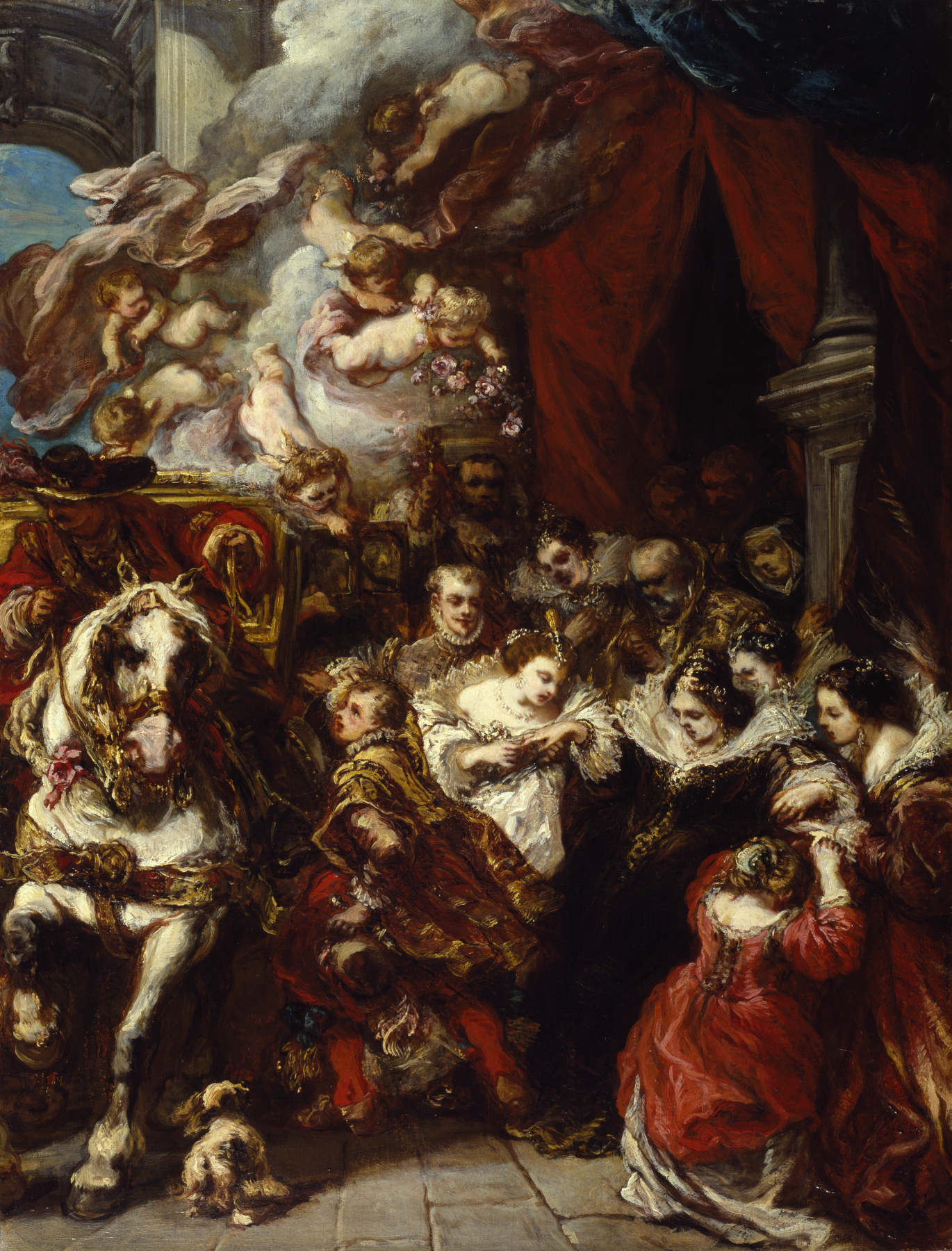 The Departure of Elisabeth of France for Spain

During his youth, this early Romantic artist joined Eugène Delacroix and Richard Parkes Bonington (1802-28) in painting marine scenes on both sides of the English Channel. Later, Isabey turned to historical genre subjects of the type depicted in this painting.

The picture shows a scene from the life of Elisabeth of Valois (1545-68), the daughter of King Henry II of France and Catherine de' Medici. Elisabeth was briefly betrothed to Don Carlos, prince of Asturias, but for reasons of state was compelled to marry the prince's father, King Philip II of Spain. Isabey depicts the unhappy princess, dressed more like a widow than a bride, swooning as she is led to the carriage that will bear her away from France.

[Inscription] Stencilied in the reverse of the panel: VENTE ET LOCATION / DURAND RUEL / Rue de la Paix / pres de la Place Vendome / A Paris / TABLEAUX ET DES...; [Translation] It has been establshed that Durand-Ruel was at this address from 1858 until 1870; [Label] Paper label of American Art Association