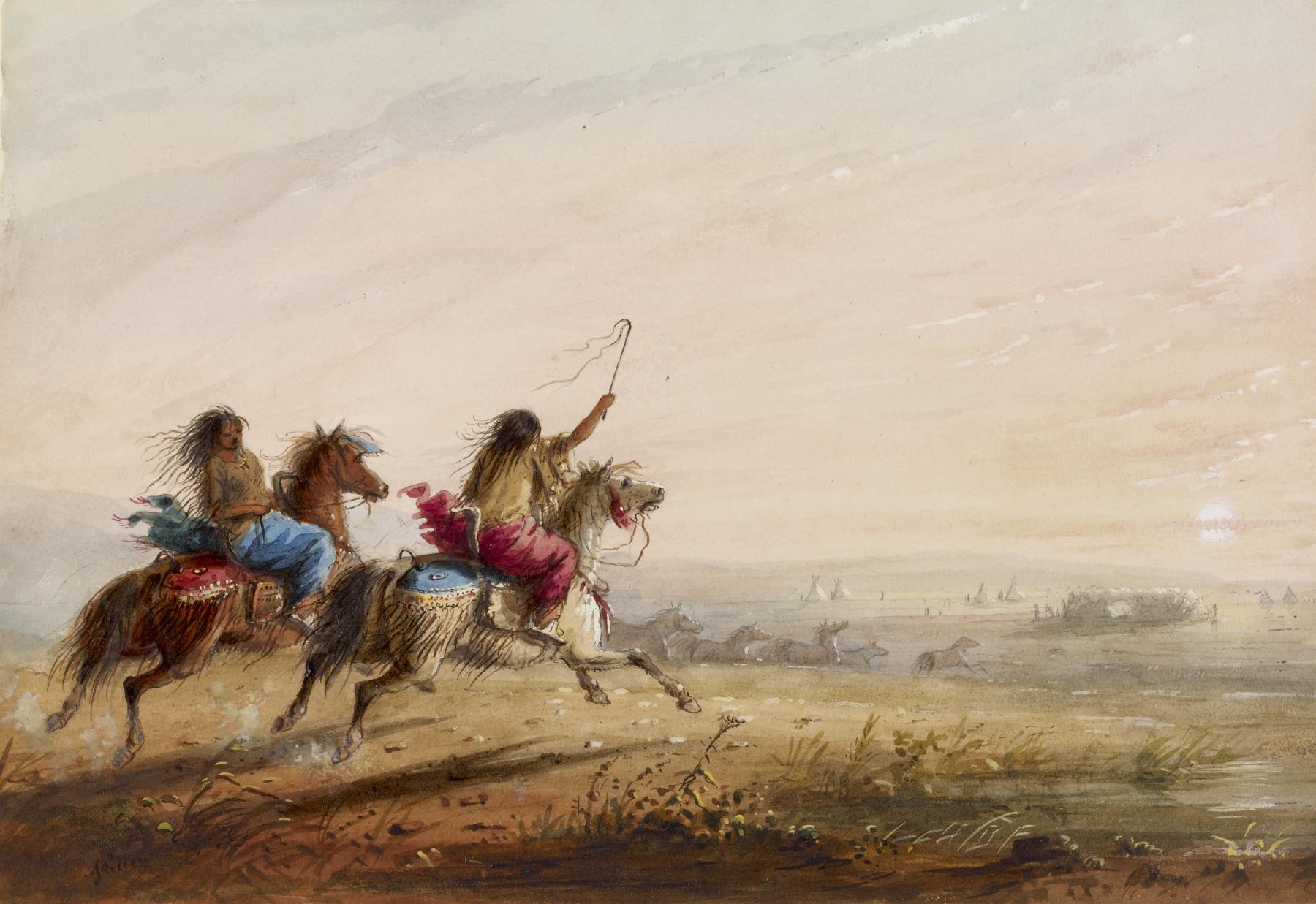 "Just before sunset these girls have been sent out to search for and bring in the horses,- these have been found, and are making their way home instictively. The girls are doing something of the same kind, with an addition. A challenge had been given and a scrub race ensues, the goal being the old Indian Fort located on the distant prairie. Their long hair is streaming in the wind, and the housings of their horses are gingling and clattering about them to their great delight. (They are fast girls in every sense of the word, and in their costumes no colors can by any possibility be too bright for them.) This is a sensible enjoyment. Few pleasures (we take it) exceed, in this world, that of breathing a fine generous horse over a broad prairie. The Indian Fort seen on the praire is built of crotched logs, so interlaced with each other that it is impossible to separate, without bringing down the whole mass." A.J. Miller, extracted from "The West of Alfred Jacob Miller" (1837).