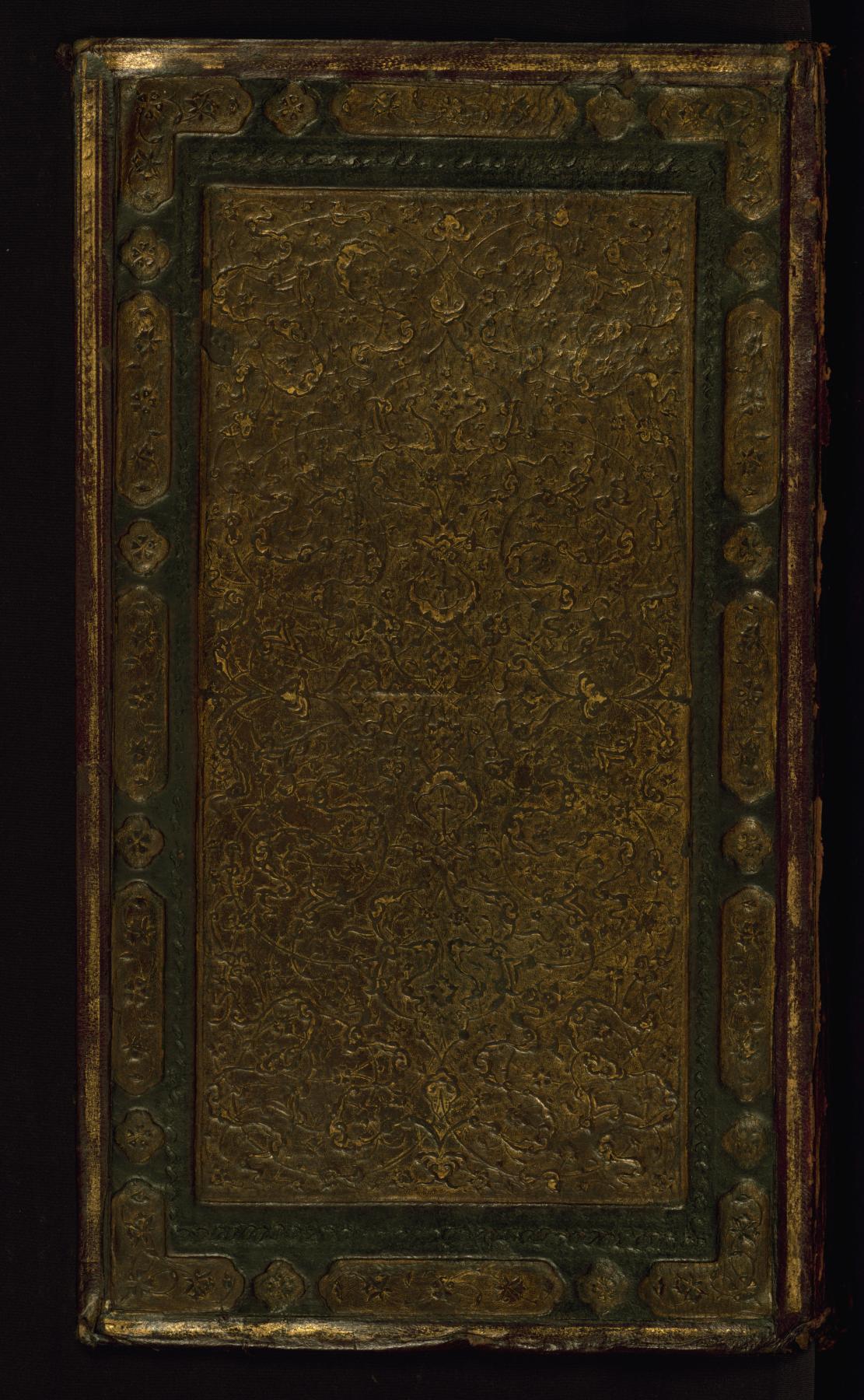 Walters manuscript W.616 is an illuminated and illustrated copy of the collected works (Kulliyat) of Sa'di (died 691 AH/AD 1292). The text, which was completed on 10 Jumadá II 926 AH/AD 1520, is written in Nasta'liq script in black, with incidentals in gold and blue. The codex originally opened with a double-page illuminated frontispiece (fols. 1b-2a), although fol. 1b was replaced at some point in the manuscript's history. There are 13 paintings illustrating the text, and illuminated incipit pages introduce the beginning of each individual work. The gold-brushed brown leather binding with floral and vine decoration seems to be contemporary with, although not original to, the manuscript.