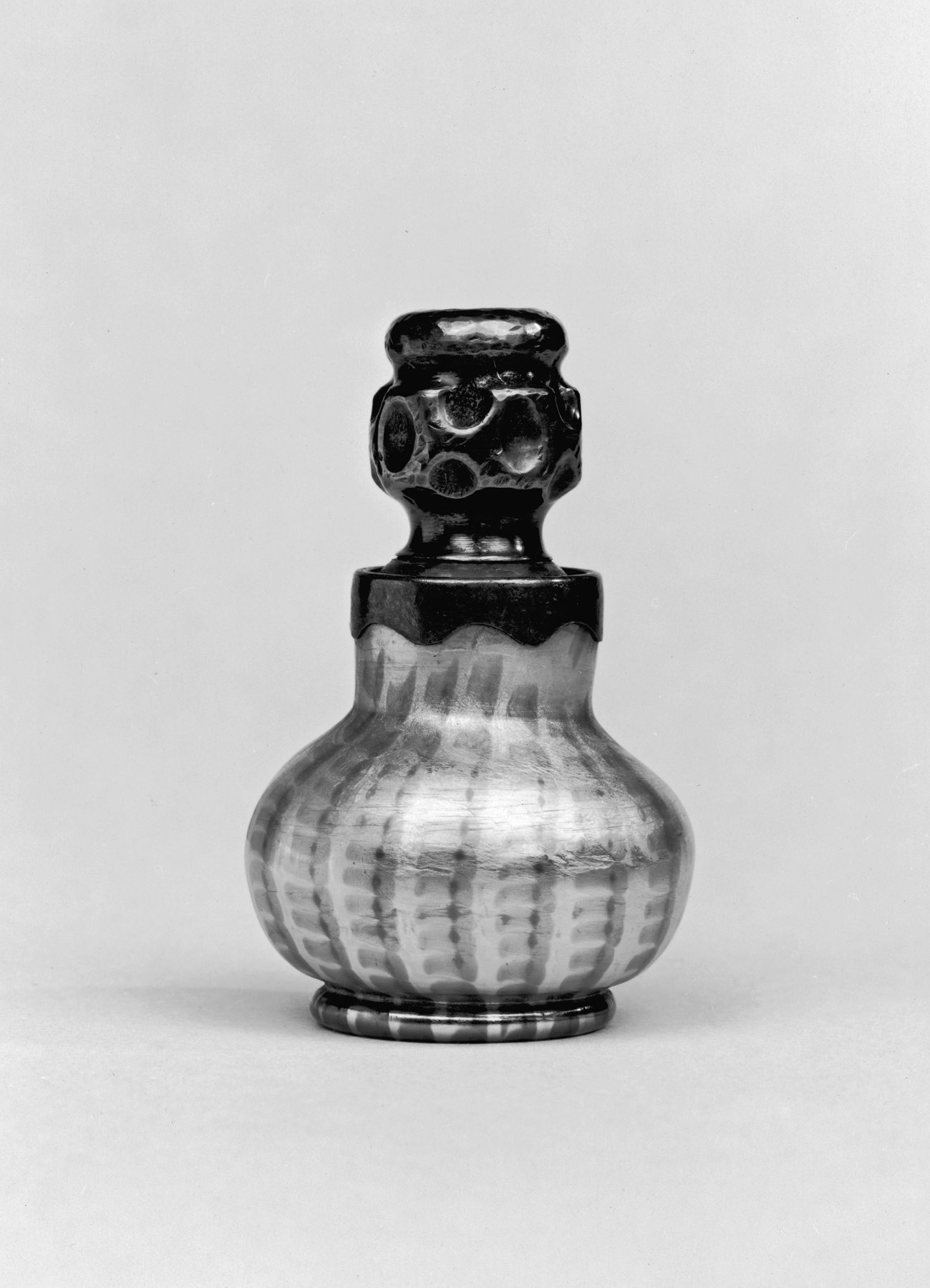 Tiffany was the foremost American exponent of the Art Nouveau movement, which rejected historical styles and called for a re-examination of vegetal and zoological motifs, particularly as seen in Japanese art. He developed it into a sensuous, organic style. The Tiffany Glass and Decorating Company, founded in Corona, New York, in 1892, was particularly known for its "Favrile" glass, which imitated the iridescent sheen that ancient Roman glass acquired after being buried for centuries.