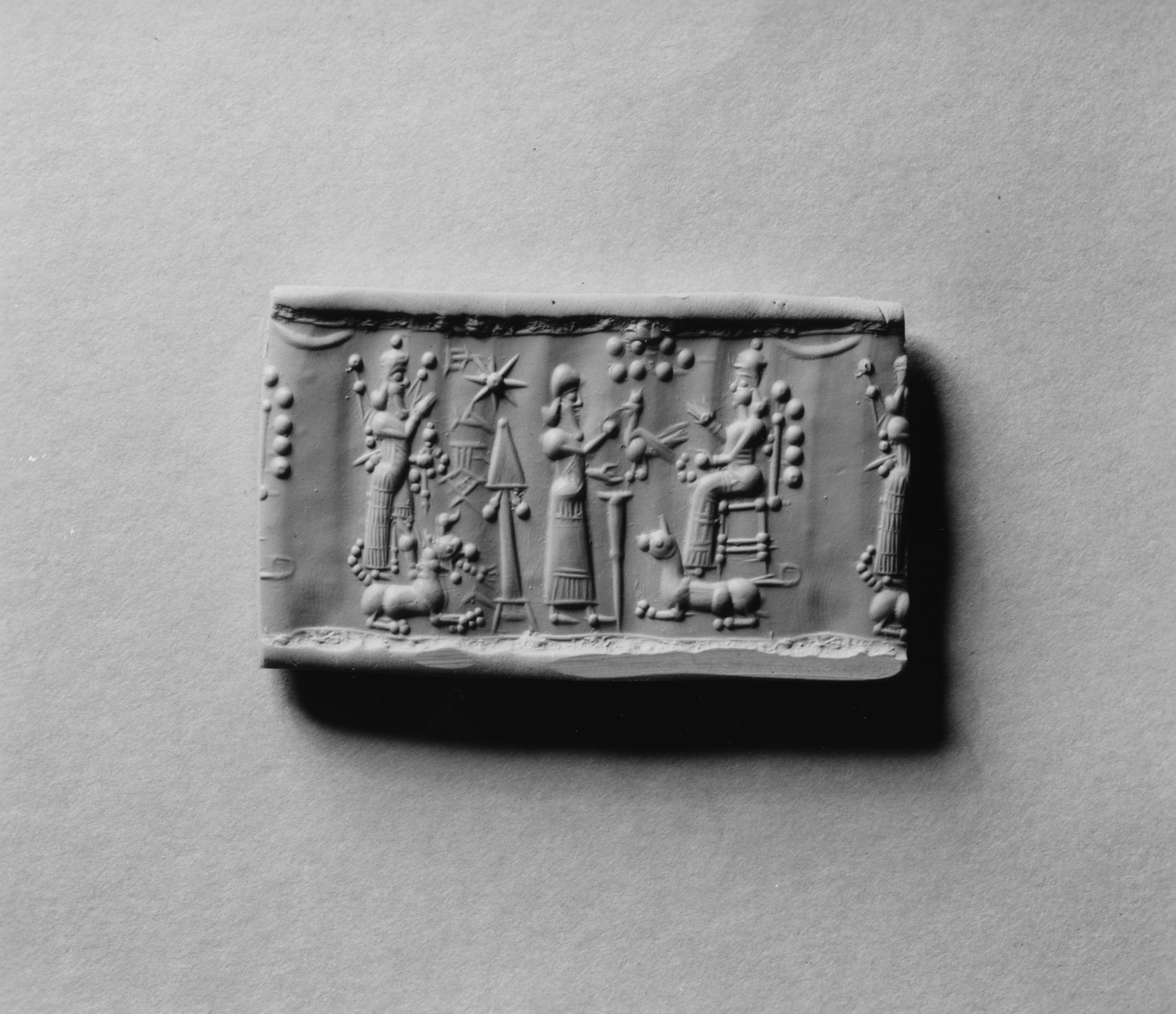 Cylinder Seal with a Presentation Scene and an Inscription

This seal depicts a cultic scene. A deity, possibly Ishtar, holds a chaplet and sits on a throne with her feet on the back of an animal, possibly a lion. Two other figures stand, each with one arm raised, facing the seated deity. The first deity holds his hand up to a bird, and the second deity holds the rod and the reel and stands on the back of a griffin.