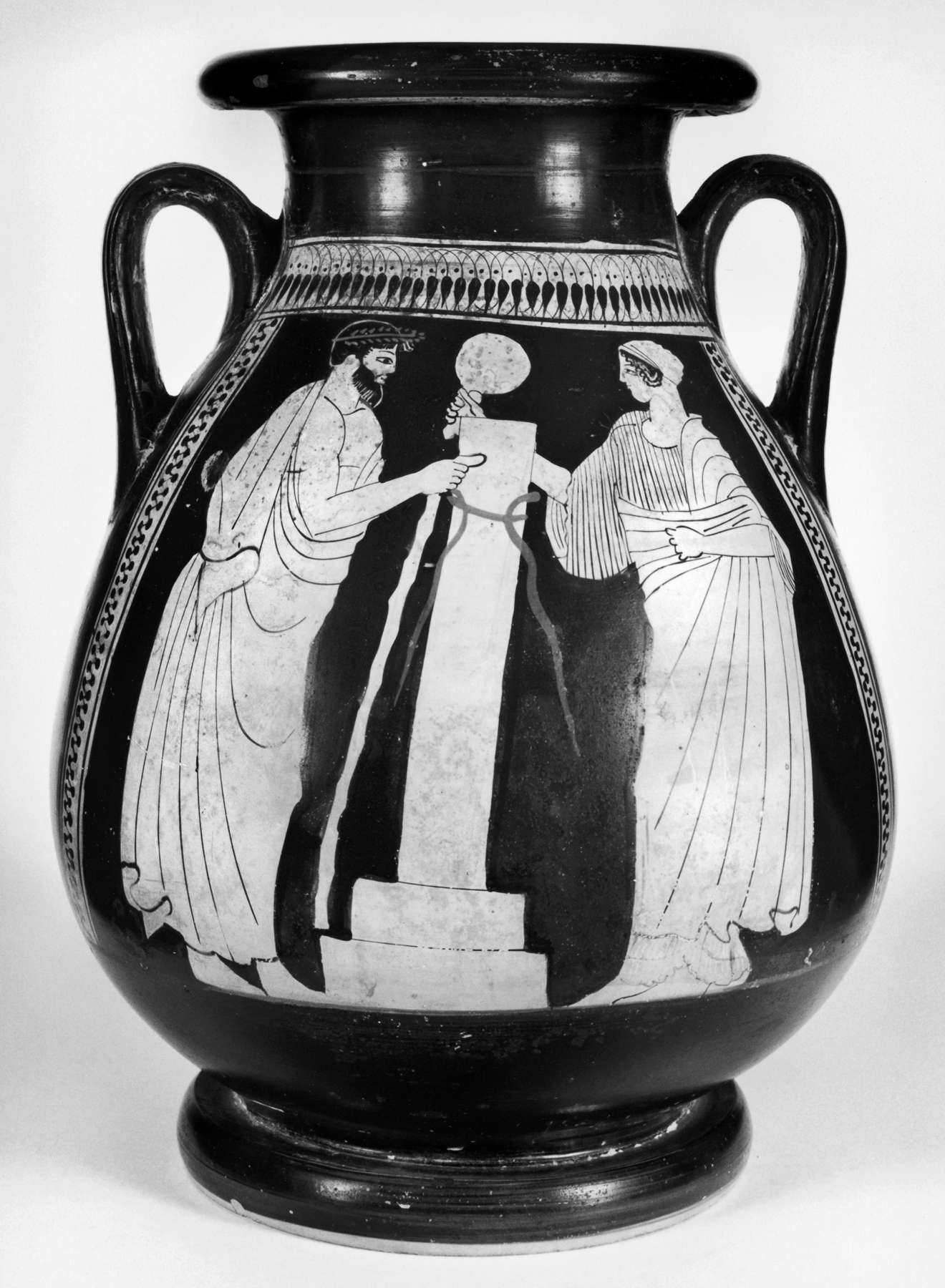 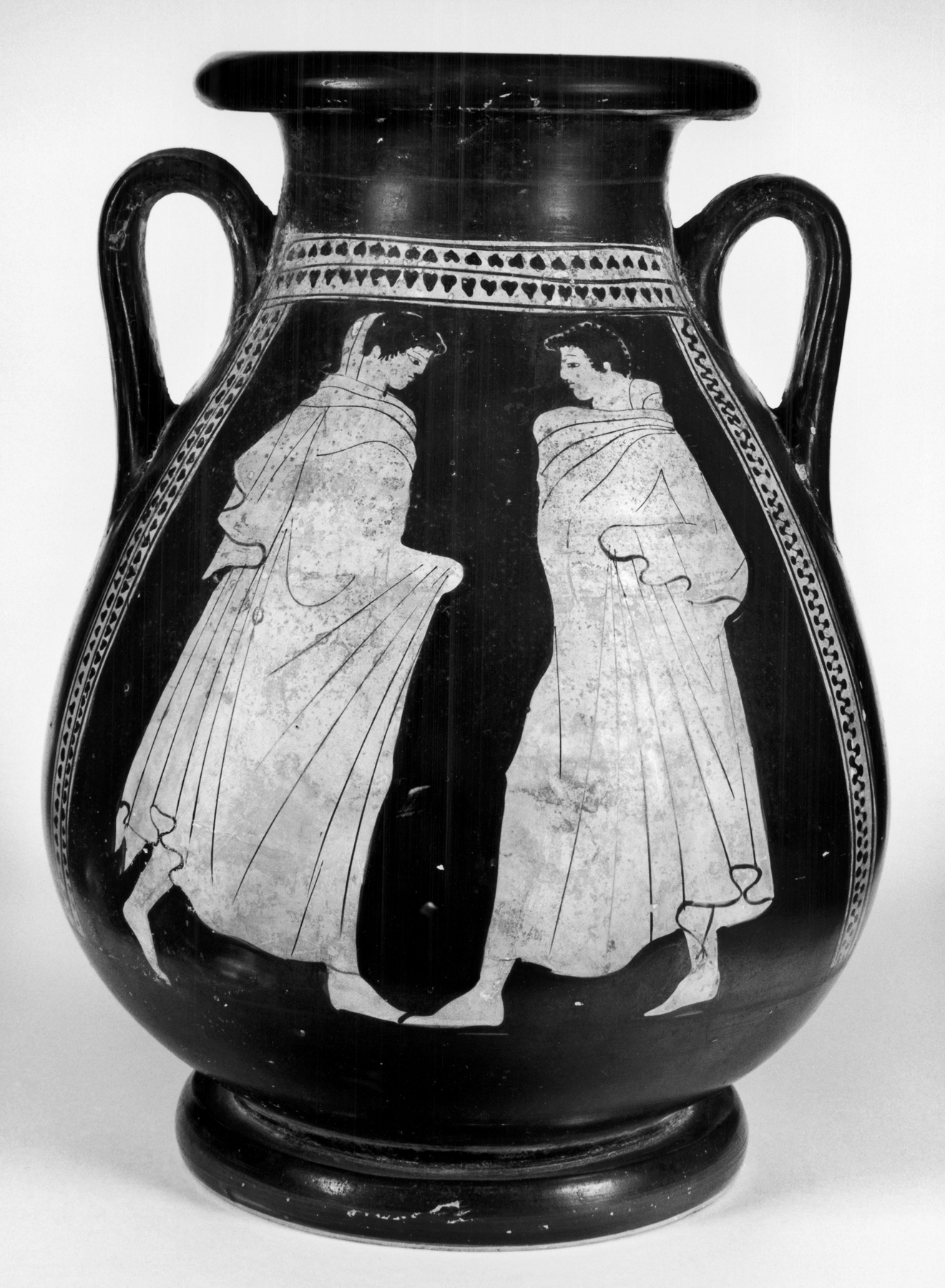 Pelike with Woman and Pair of Youths

This pelike depicts a man and woman flanking a stele on the front. The man stands in profile to the right and holds a staff in his right hand. He wears a mantle and wreath. The woman stands to the left and holds up a mirror in her right hand with her left arm bent at her side. She wears a chiton, mantle, and sakkos. Between them is a stele on a two step base with a fillet tied around it near the top.

On the back, two mantled youths are depicted walking towards one another. The mantle of the one on the left covers the back of his head.

The fillet wrapped around the stele suggests it marks a grave. If so, this would be one of the earliest red-figure vases with a scene at a grave. It is at this time that grave stelae start to appear on white-ground lekythoi and a few red-figure vases. It has been suggested that the graves in the Demosion Sema were the visual source for these depictions.