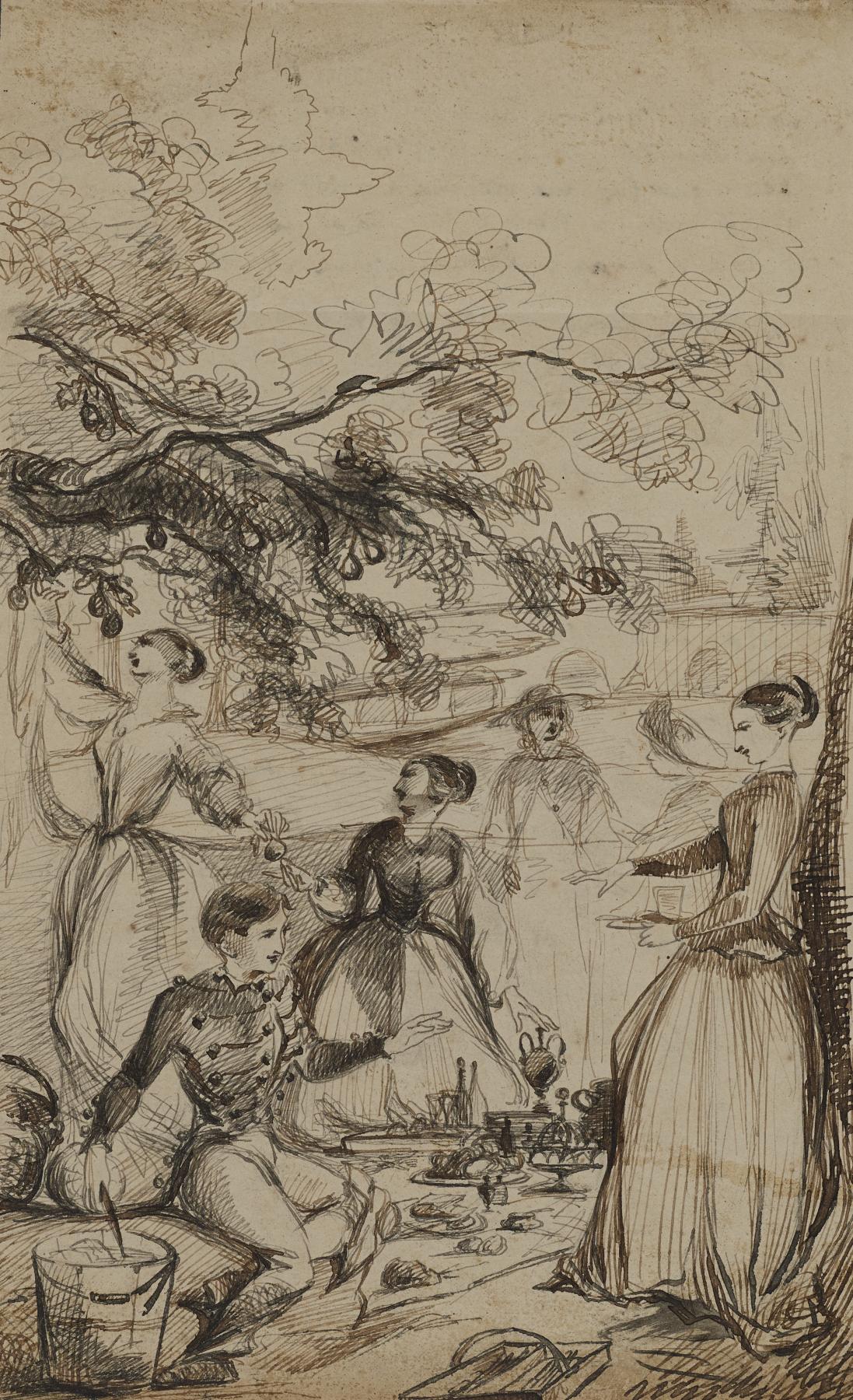 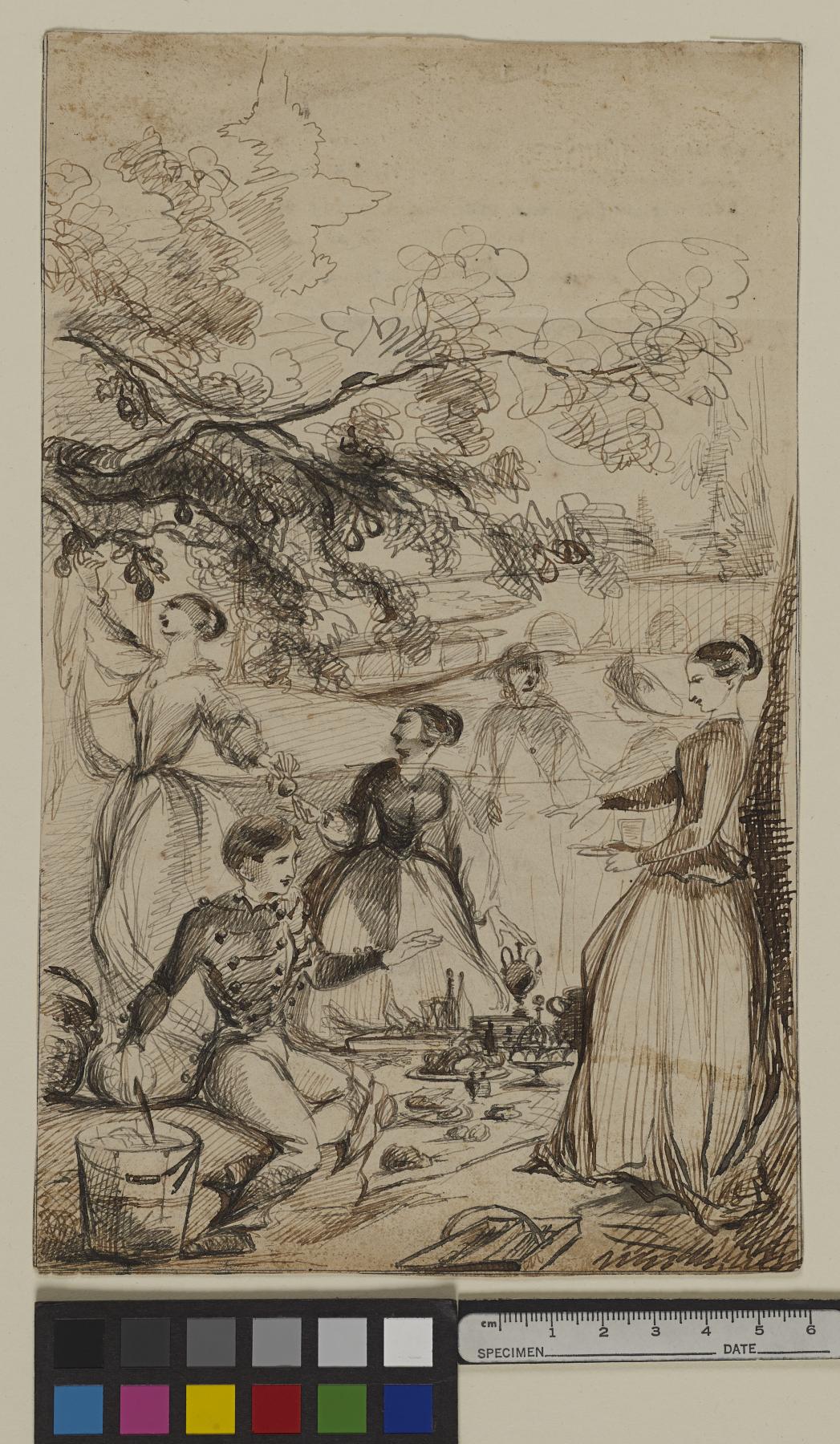 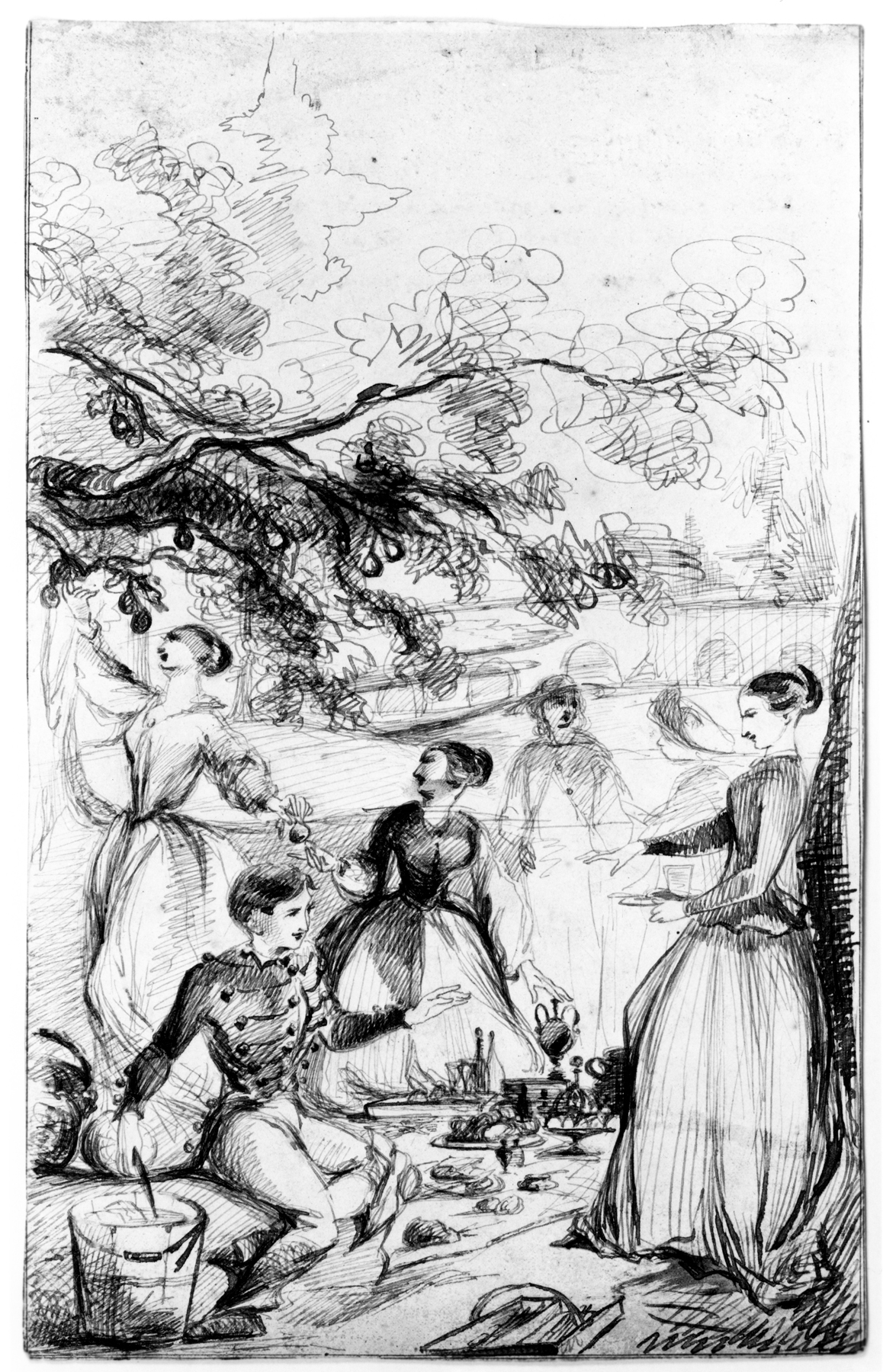 In this pen and ink sketch the artist depicts a young cadet at a luxurious picnic surrounded by elegant young women. The viewer is left wondering if this scene is a fantasy, a recollection of a real event, or an ironic commentary on West Point military training? This drawing was previously attributed to Whistler, who made many drawings, sometimes in the margins of his text books, while a cadet at West Point between 1851 and 1854. However, Whistler's fellow cadets also often sketched humorous scenes to pass the time. This drawing is now attributed to one of Whistler's peers, Francis Laurens Vinton (1835-1879) (who graduated from West Point in 1856). He was later a brigadier general on the side of the Union during the Civil War, and after the war a founding Professor of the School of Mining at Columbia College, New York. In the 1909 "Life of James McNeill Whistler" by E.R. and J. Pennell, Vinton is mentioned as having known Whistler in Paris during his student days (see note page 55).

Philip B. Perlman; by bequest to Walters Art Museum, 1960.