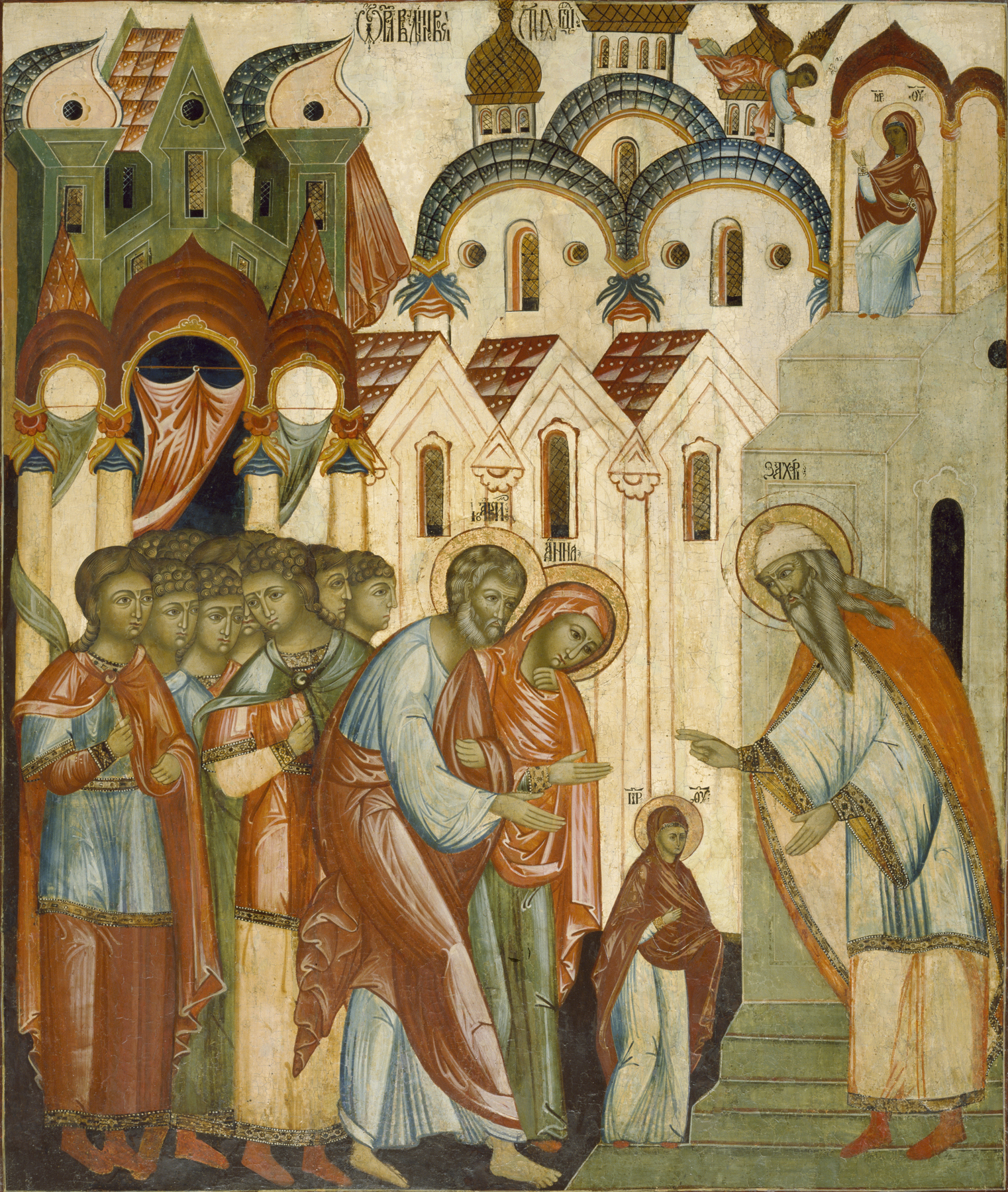 Presentation of the Virgin in the Temple

This scene is rarely met with as a separate icon, although it occurs as one of the subjects on smaller ones. The subject is one of the church's Twelve Festivals, which were represented on the third tier of the iconostasis (alter screen and icon stand combined), which divided the sanctuary from the nave. It depicts the Virgin's presentation in the Temple. In accordance with traditional iconography used for representing this holy fest, the Virgin, the smaller figure in the foreground, is being presented by her parents Joachim and Anna to the priest Zacharias, who holds out hands to bless her. The seven taper-bearing daughters of Zion (daughters of Israel), friends of the Virgin, stand behind Joachim and Anna. The large dimensions of this panel demonstrate the great size to which an iconostasis could attain.