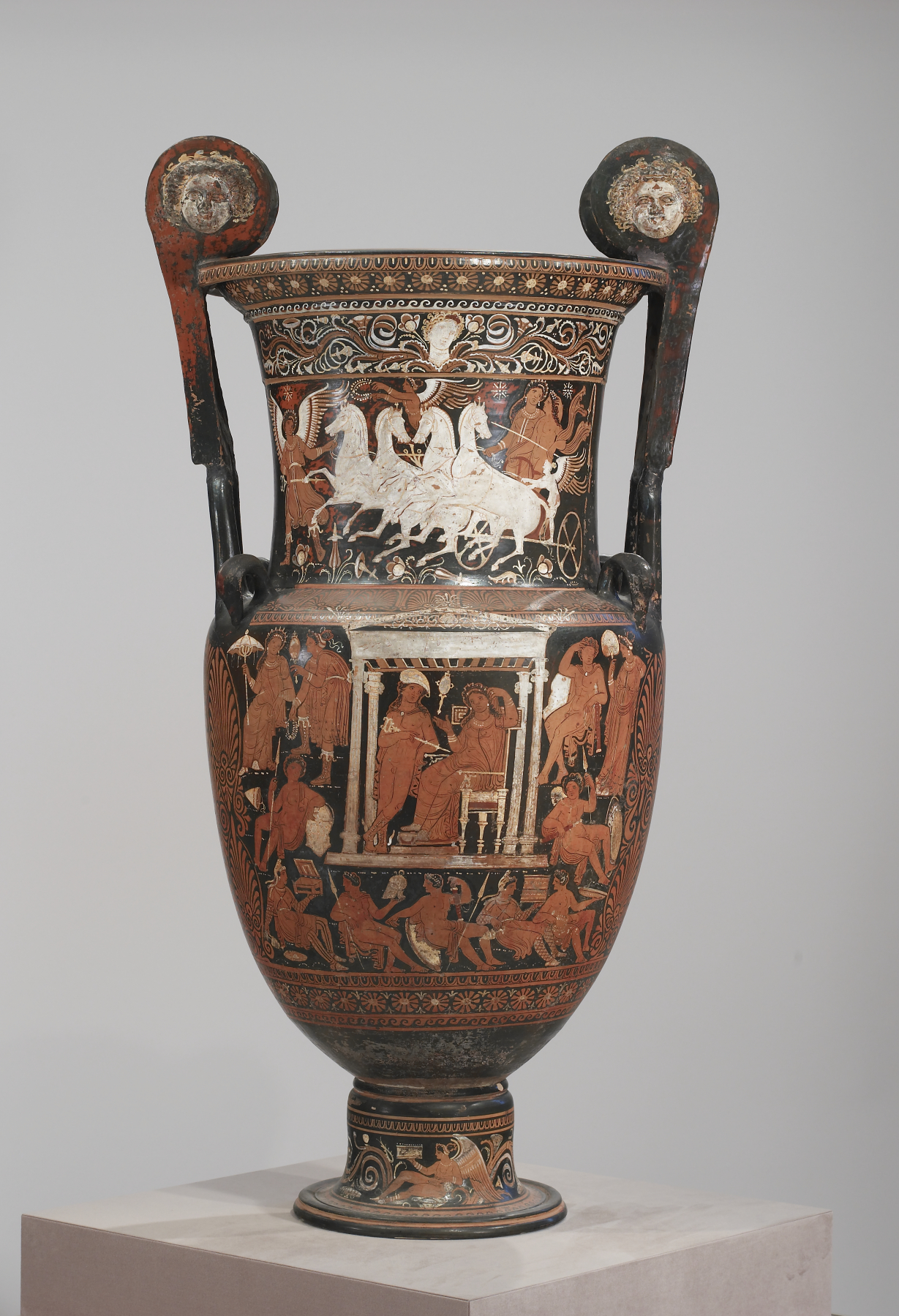 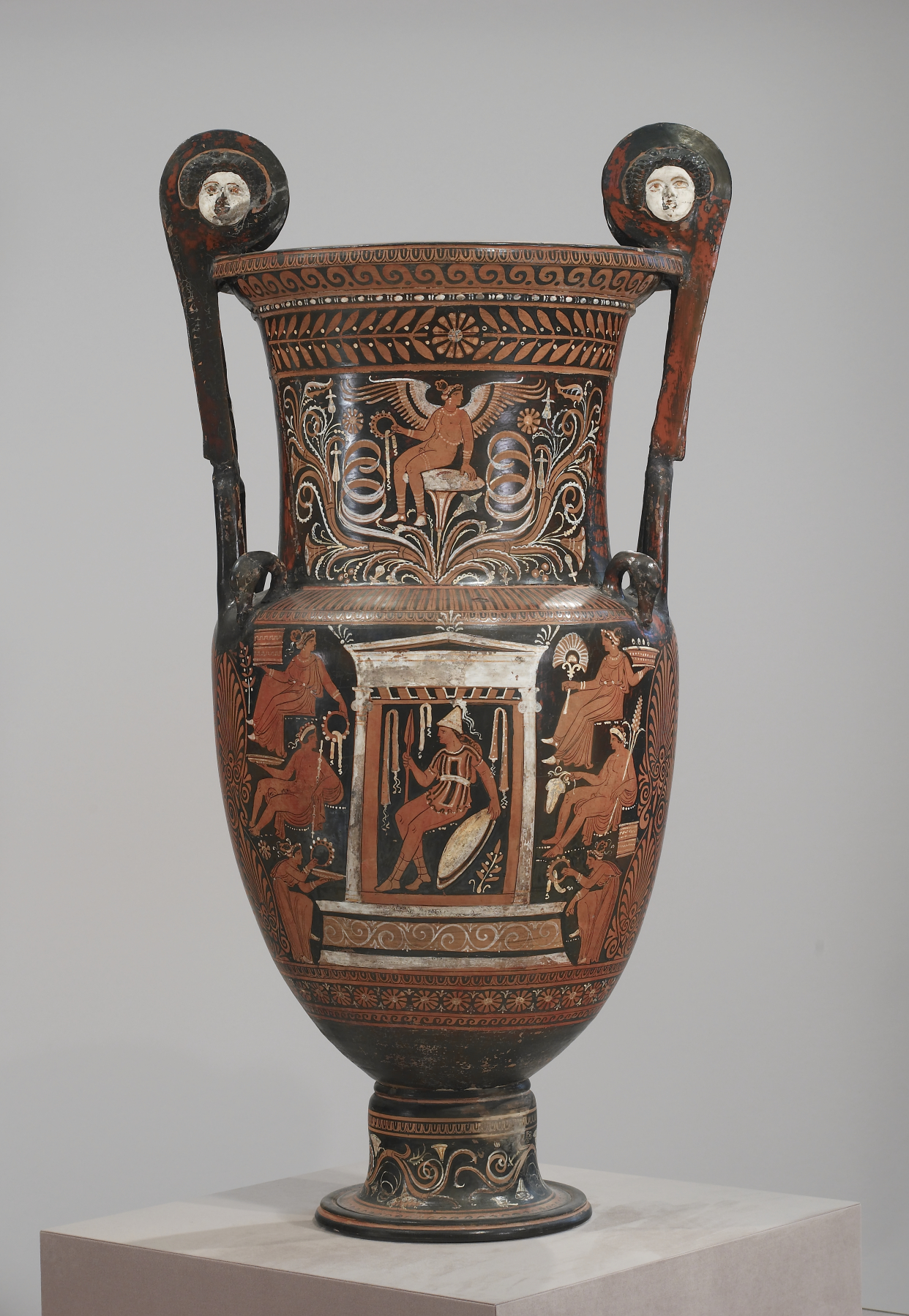 Volute Krater for a Warrior

Covered with figures and ornament, the centerpiece of this volute krater is the god Hermes–identified by his hat, caduceus and winged boots–who stands in a colonnaded structure before a seated woman, perhaps Persephone. The identities of the figures gathered around the outside of the structure are unclear, but perhaps they are dead souls in the Underworld. The theme of death repeats on the krater’s neck, showing a beautiful woman, perhaps the goddess Aphrodite, in a scene of apotheosis for the youth that accompanies her in the four-horsed chariot. On the reverse is a warrior clothed in Campanian (southern Italy) clothing, seated in a naiskos (shrine) as six seated women gaze toward him. While the two women at the base of the podium can be understood as mourners bringing gifts to the warrior’s grave, the other four could also be souls in the Underworld holding objects, such as the shaft of wheat, symbolic of rebirth. The artist of this vase is known as the Baltimore Painter, taking his name from the location this piece, his most prominent work. More than 1,500 vases are attributed to this artist, who worked in what is modern-day Apulia, Italy.

Kraters are large, wide-mouthed vessels commonly used for mixing water and wine, although they also served a funerary function, either placed in a tomb or used as grave markers. Volute kraters are a specific type of krater named for the spiraling, volute (scroll-like) shape of the handles. While volute kraters are found across the Greek world as early as the 6th century BCE, the form becomes the most characteristic vessel type painted by Greek colonists in Apulia (Magna Grecia). Between the mid-5th and end of the 4th centuries BCE, Apulian vase painting reaches its height, producing vessels of monumental size (ranging from approximately 30cm to over 1.5 meters) covered in elaborate decoration. Apulian painters display their skill by depicting intricate figurative and ornamental details across complex compositions, through their use of foreshortening (the technique of drawing objects so they appear to recede into space) when painting architectural structures, and by adding colors such as white and yellow to their red-figure works.