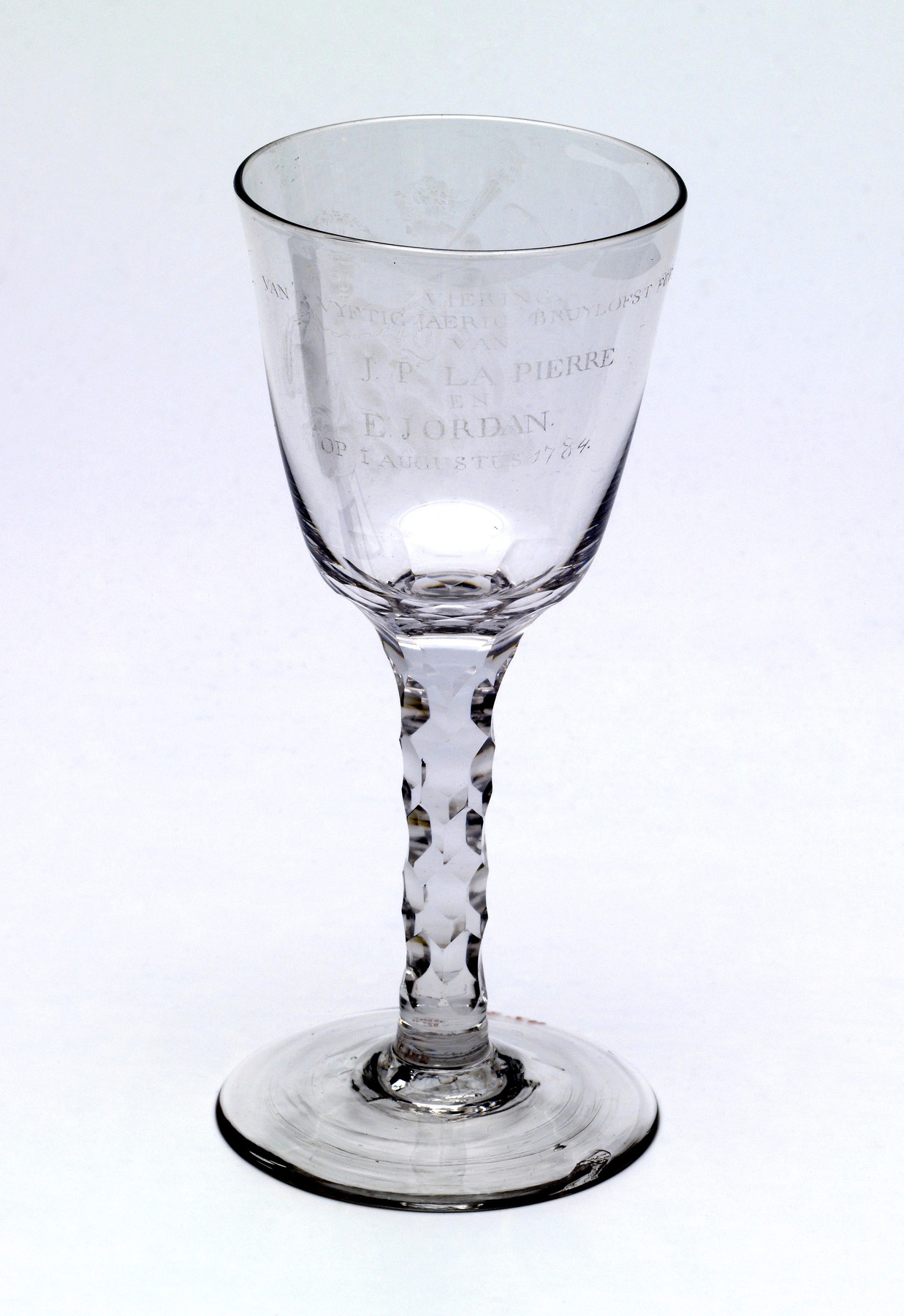 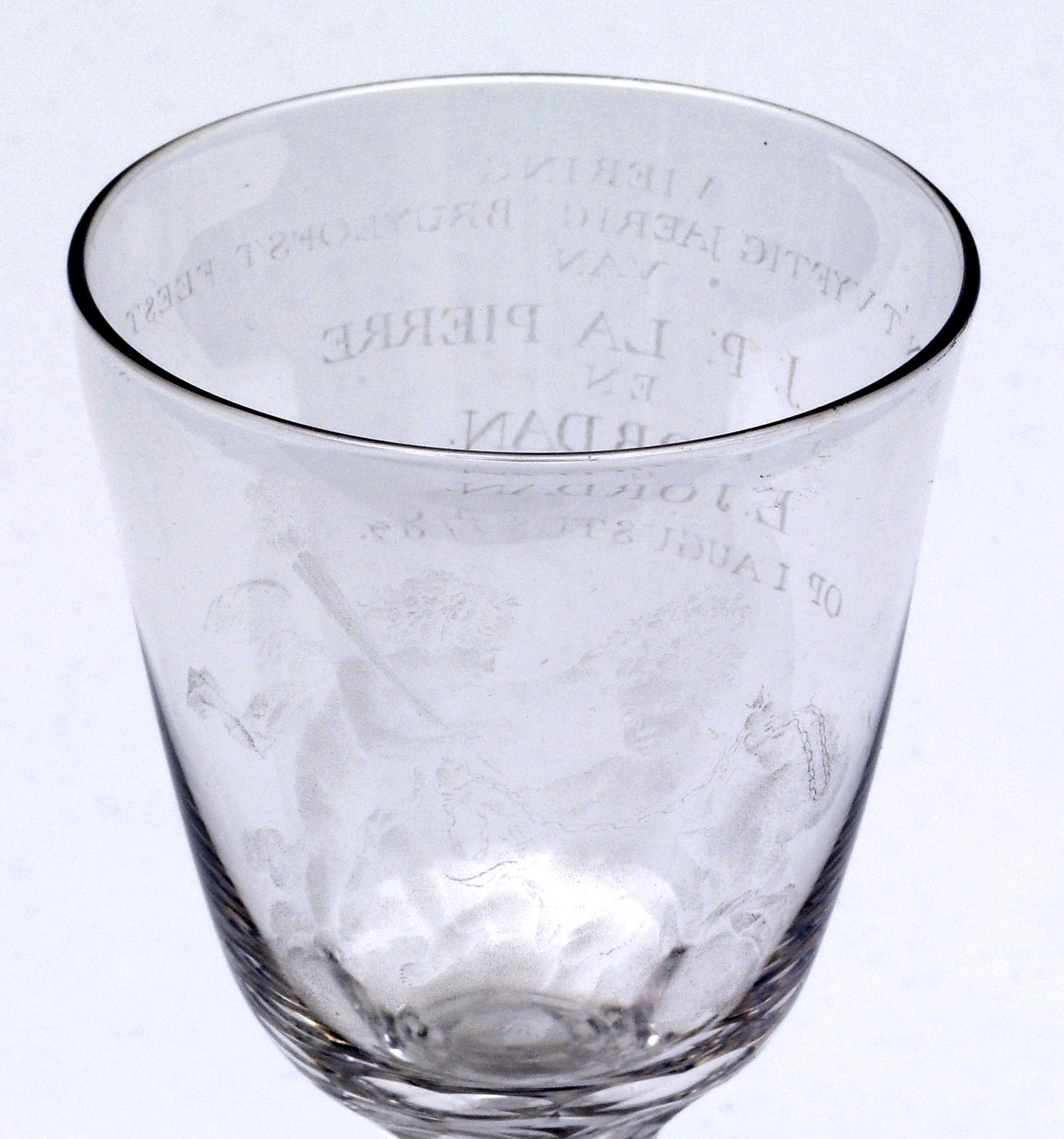 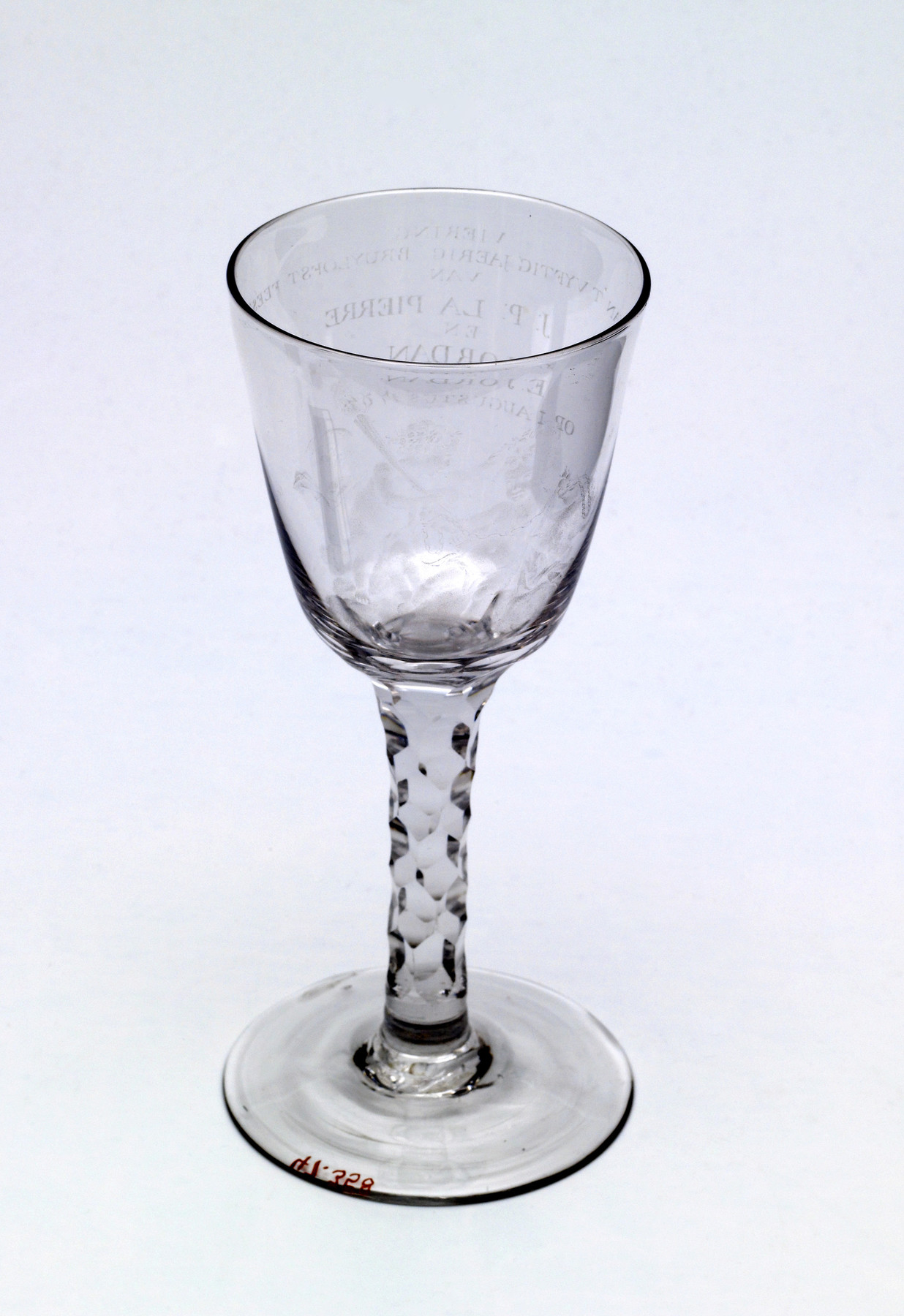 The bowl of this goblet is decorated with two cupids. One crowns the other, in chains and holding hearts, in an allegory of the enduring bonds and rewards of marriage. It was made to celebrate and commemorate the 50th wedding anniversary of a man and a woman by the names of J. P. Lapierre and E. Jordan on August 1, 1784, as the Dutch inscription records.
The decoration is created with little dots (stippling) made by striking the glass with a diamond-pointed tool. These kinds of engraved glasses were popular in Holland, and the most famous name associated with them is David Wolff of The Hague. To the naked eye, the individual dots of the stippling are impossible to see. The design appears like a delicate vapor on the surface of the glass that would have been magically revealed when it was filled with dark liquid.

The Netherlands, Holland (Place of Origin)