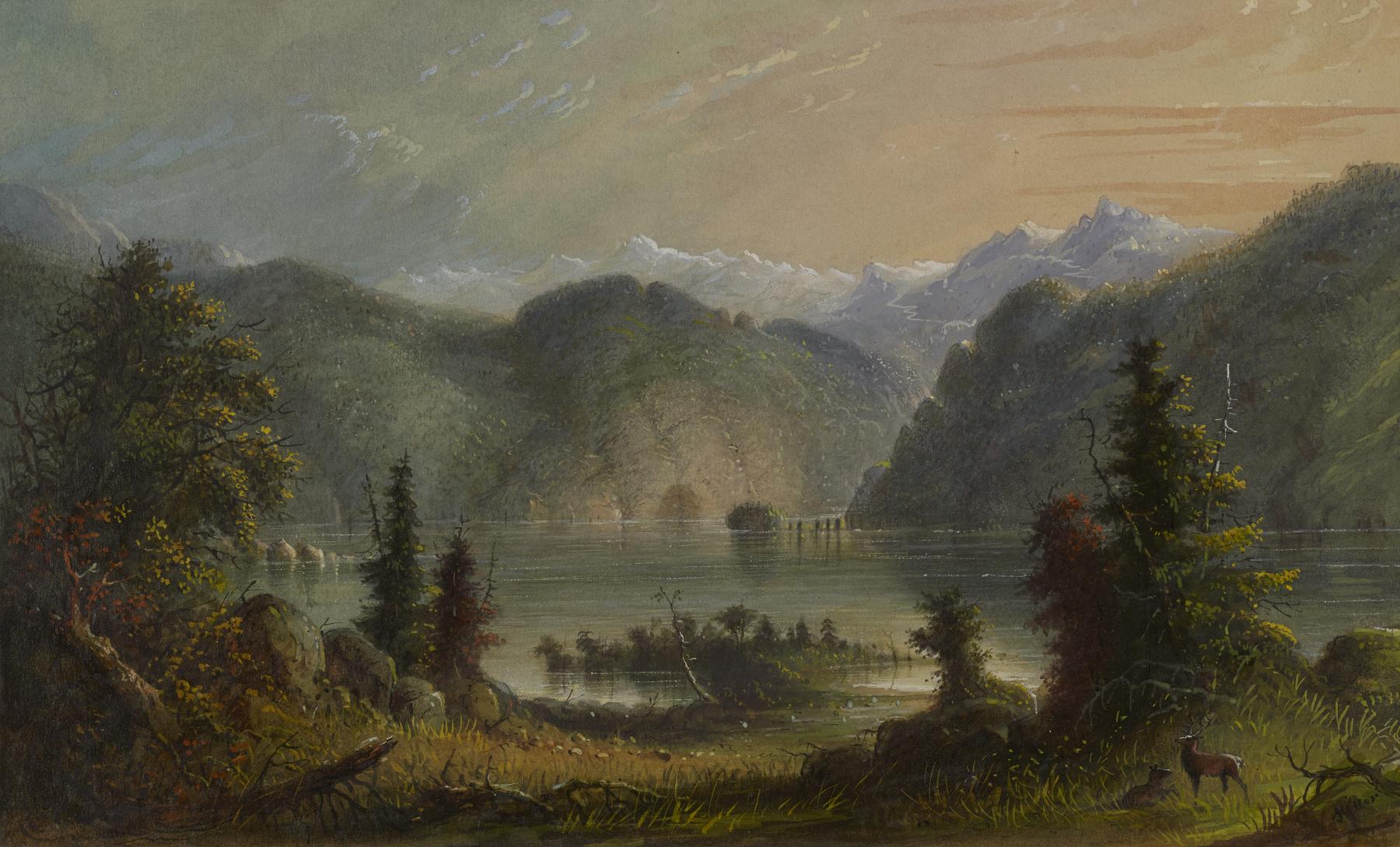 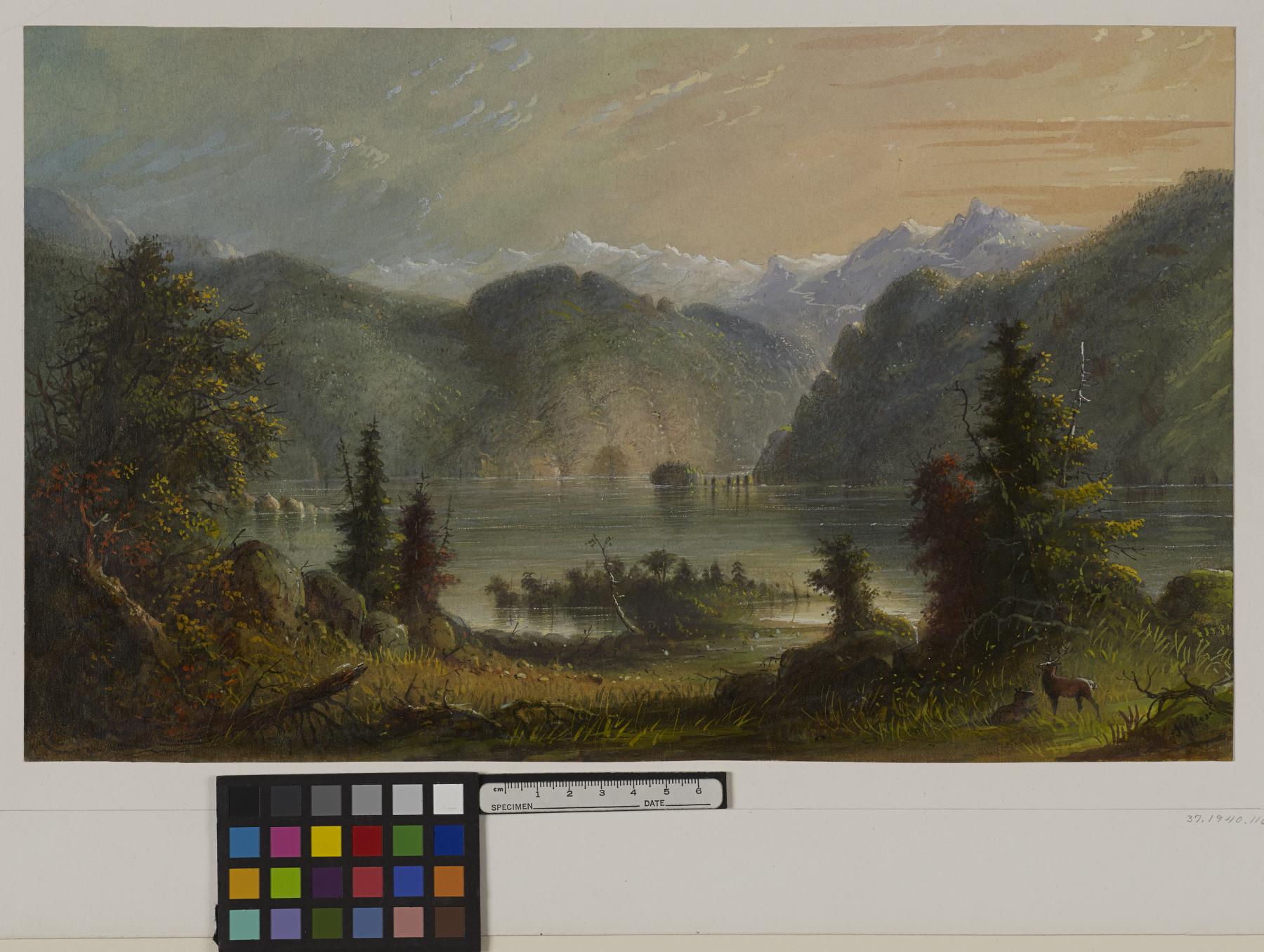 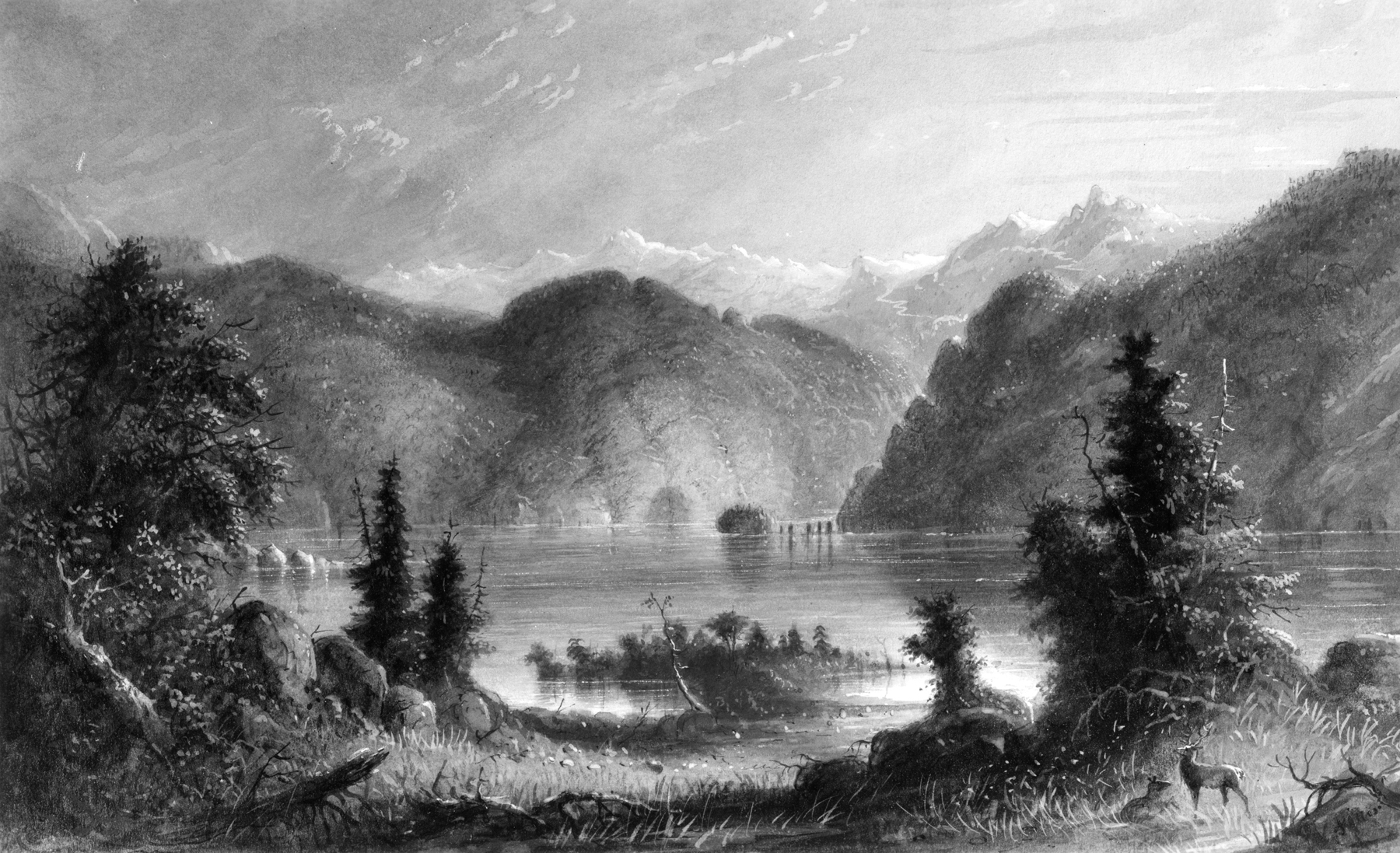 "From the foreground the eye of the spectator is conducted through a gentle slope with groups of mountain pines at intervals, to a peninsula jutting out into the glorious sheet of water;- thence it wanders across the Lake to a bare salmon-coloured granite rock, rising abruptly out of its depths, clothed towards the top with stunted trees and hardly evergreens,- still more distant is the eternal ice and snow barrier that shuts in the scene:- the solitary rock lying near the end of the Lake, most probably formed at one time in part of the mountains to the right;- the interval between having become dammed up, and trees growing upon it." A.J. Miller, extracted from "The West of Alfred Jacob Miller" (1837).