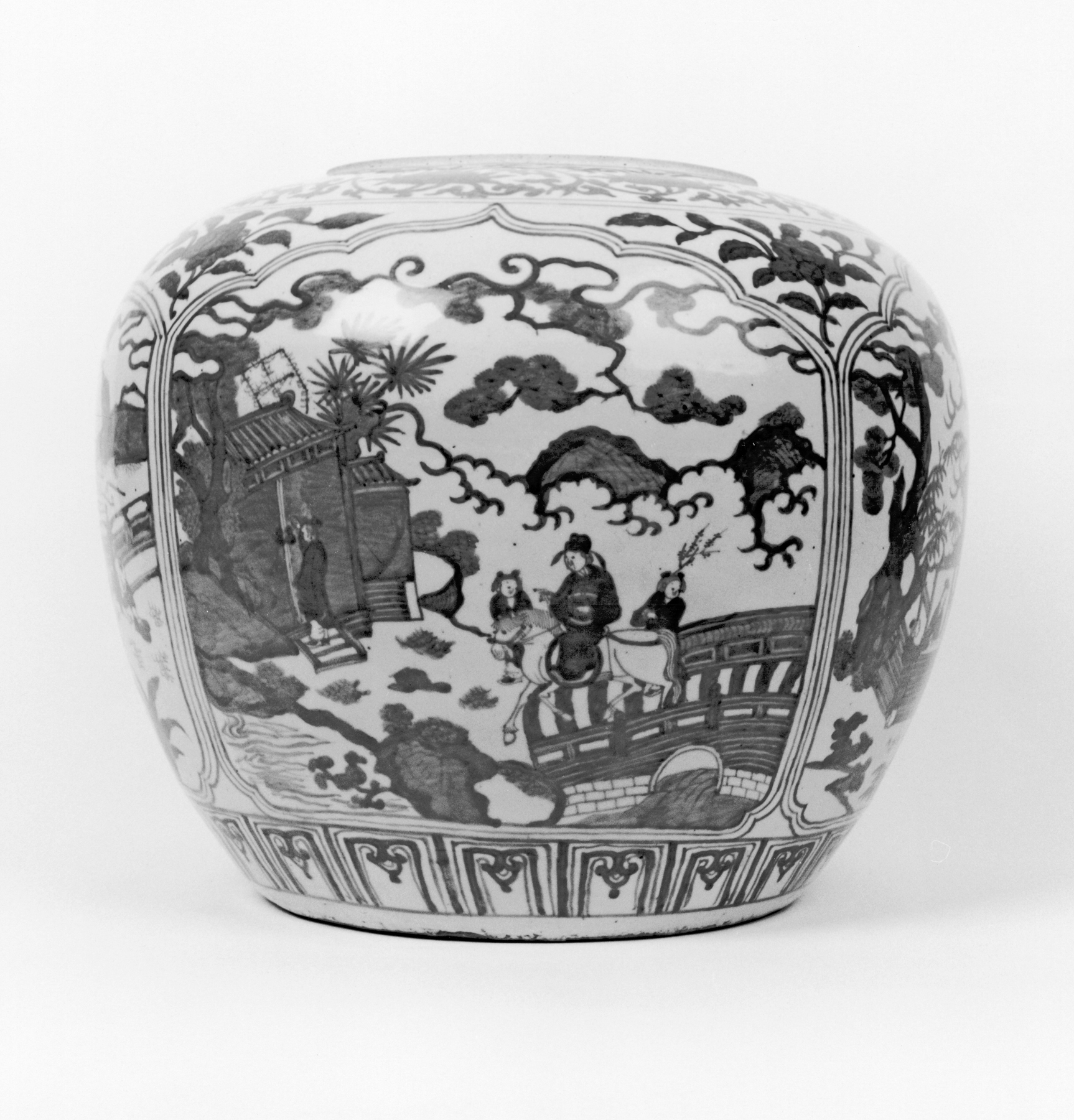 Wine Jar with Scenes of Scholars

Four foliated panels painted with familiar scenes in landscapes appear on the sides of this globular blue and white jar. One scene depicts a poet seated in a pavilion composing while boy attendants hold his ink-pallet, wine pot, and cup. Two men work in the gardens, filled with pine, bamboo, and plum tree. These three plants represent longevity and exhibit the persistence and return of life from winter. Another scene depicts a scholar on horseback visiting the mountain retreat of a friend. He and two attendants cross a bridge over rushing water in the foreground of misty mountaintops. A third boy has gone ahead to knock on the door and announce their arrival. Similar scenes appear on the other two panels.

The recesses between the foliated panels are filled with alternating sprays of peony and chrysanthemum blossoms. A band of beaded gadroon pattern surrounds the base while the shoulders are decorated with a band of the sacred fungus of immortality lingzhi.