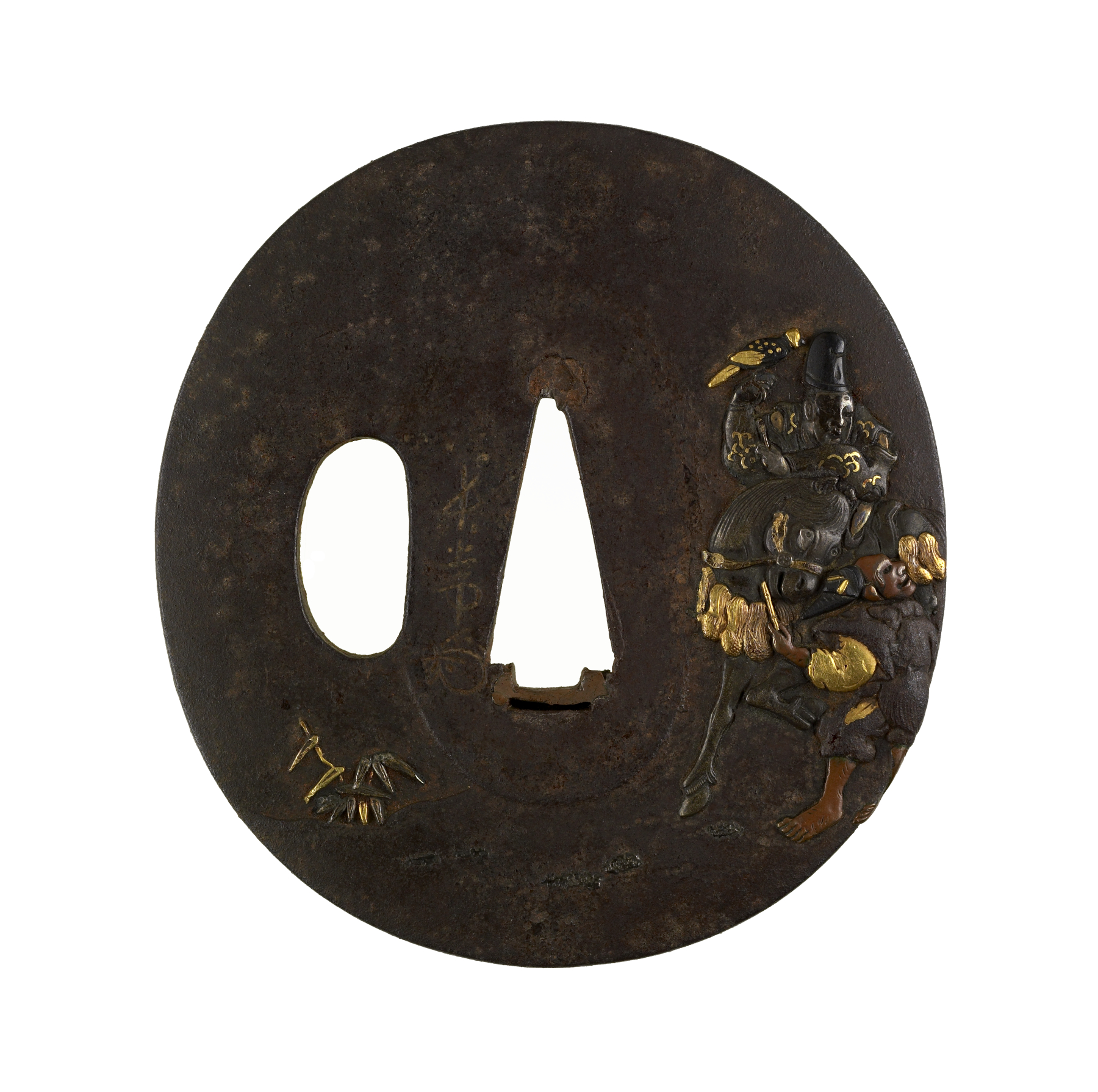 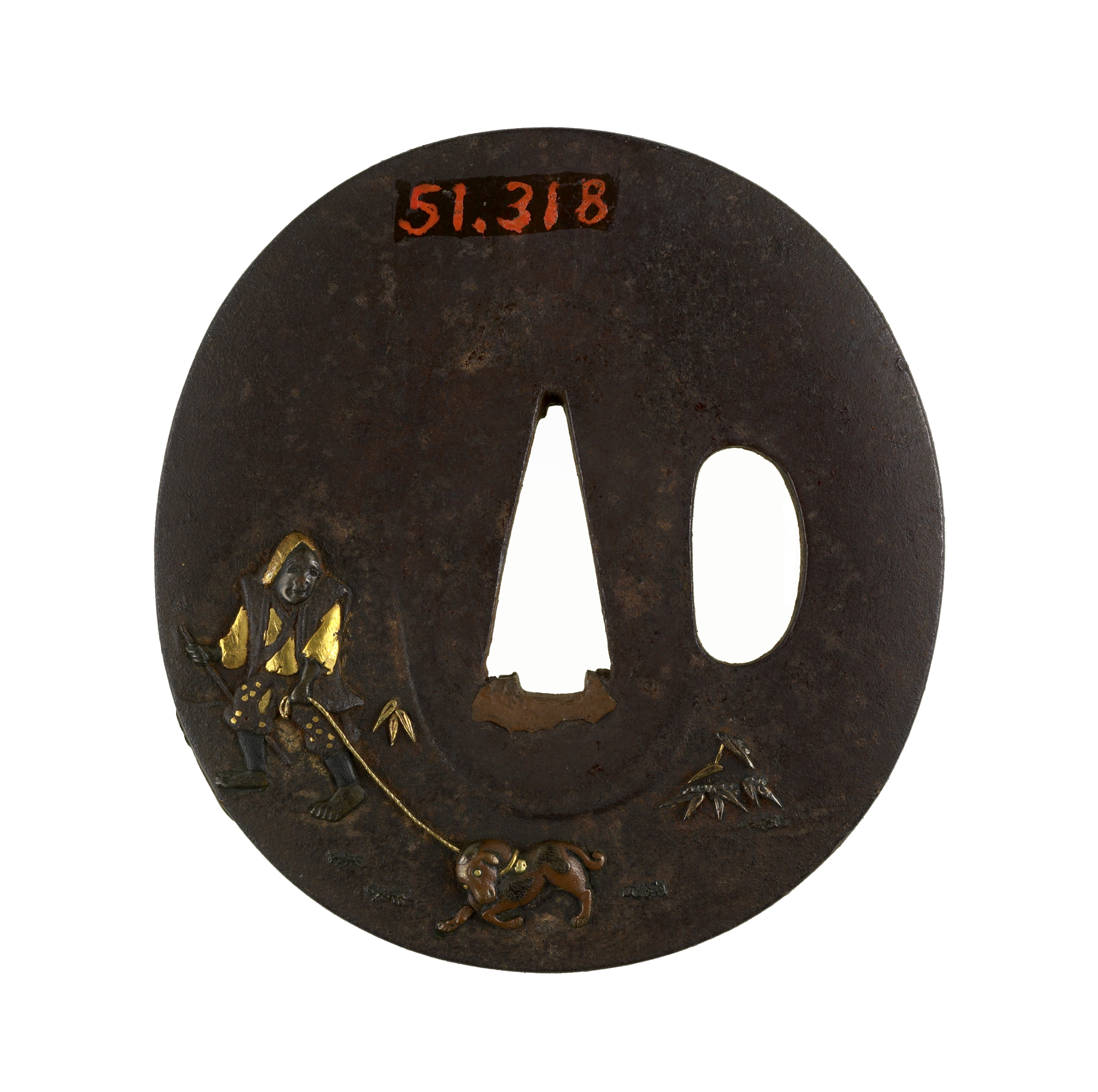 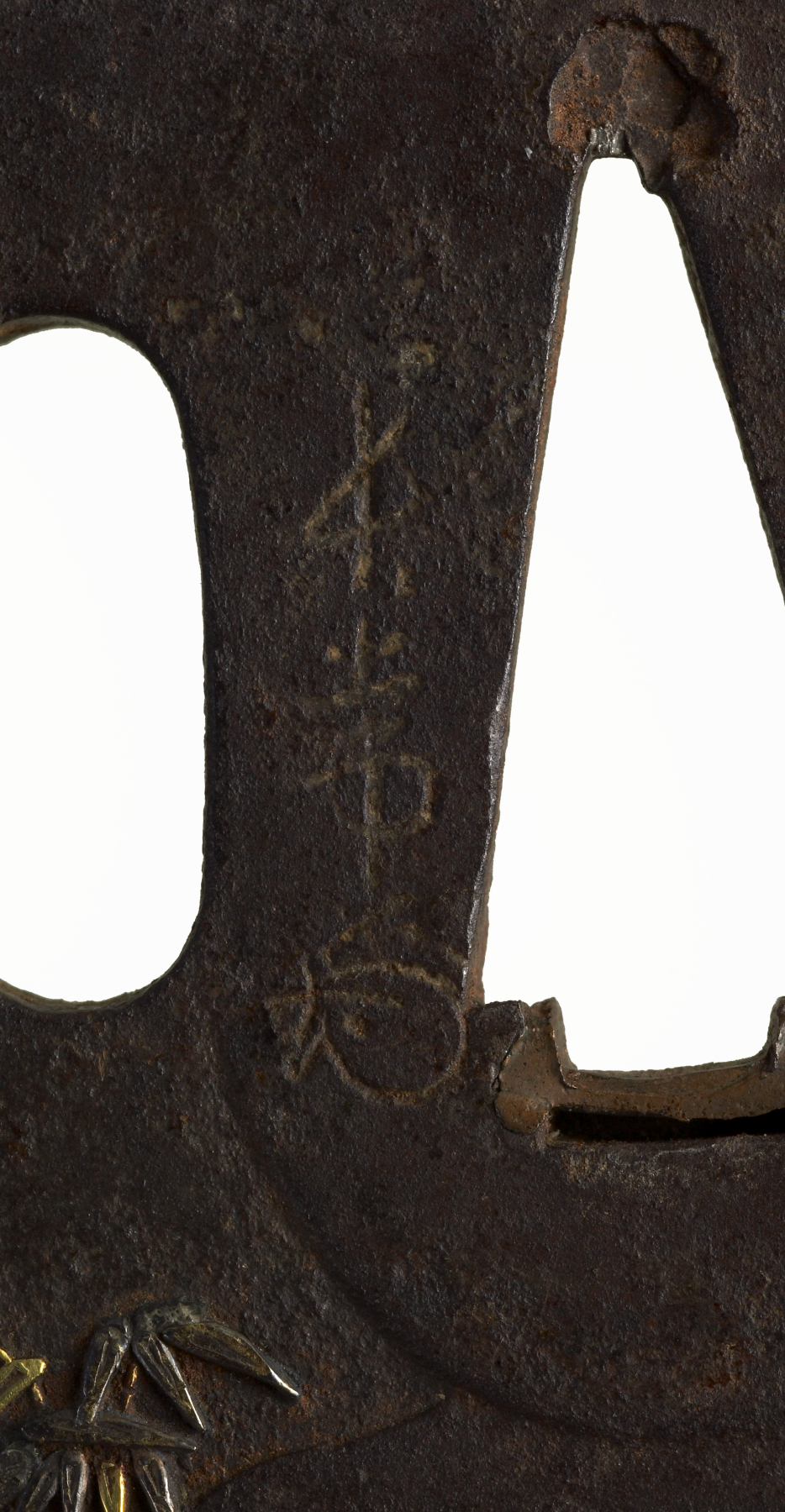 Tsuba with a Hunter on Horseback with a Falcon

This tsuba depicts the ancient sport of falconry. Originally a past-time for the nobles, it was also actively practiced by members of the warrior class at the time this tsuba was made. A mounted hunter is on the right with a falcon on his arm. He is attended by a servant. On the reverse, another servant has a dog on a leash. Dogs were also used in falconry.