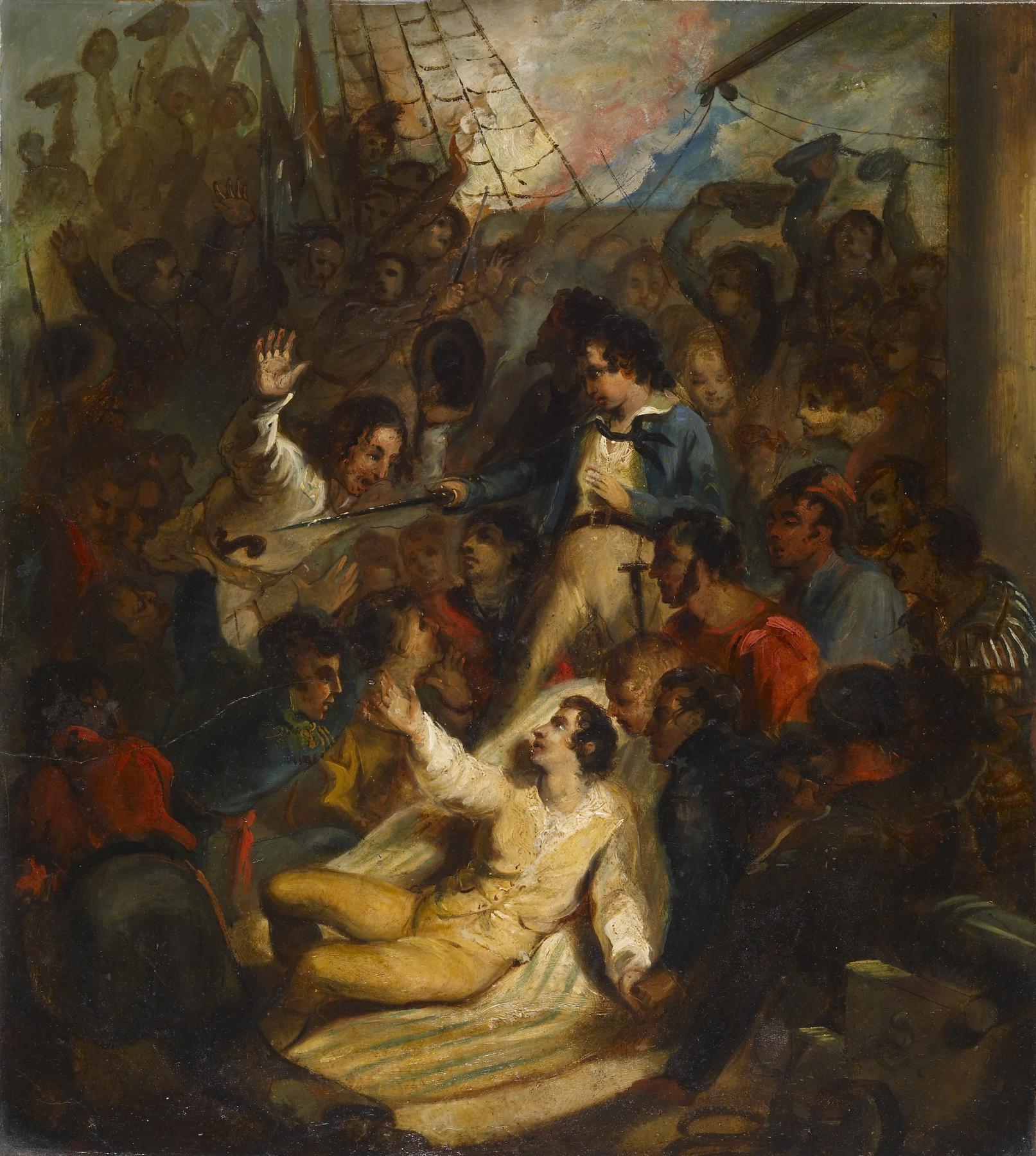 Captain James Lawrence (1781-1813) was mortally wounded on May 6, 1813, during an engagement in the War of 1812 between his ship, the USS "Chesapeake," and the British frigate HMS "Shannon." While being carried below deck, Lawrence is said to have uttered his last command-"Don't give up the ship!"-which became a popular rallying cry of the American navy. Miller was interested in patriotic themes throughout his career. In this early painting, he worked in a tradition of depicting the tragic deaths of military heroes, established by Benjamin West, John Trumbull, and Francesco Bartolozzi.