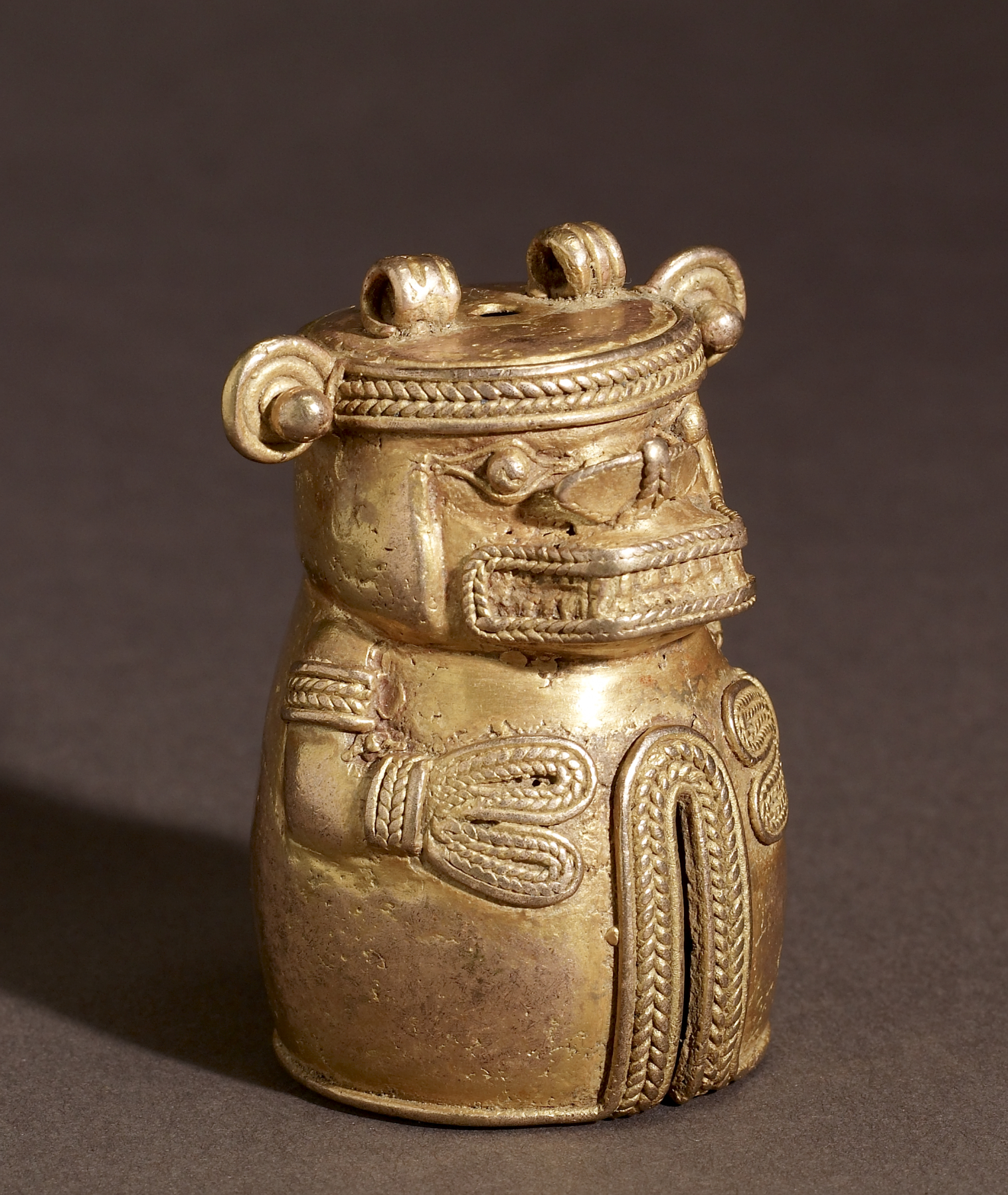 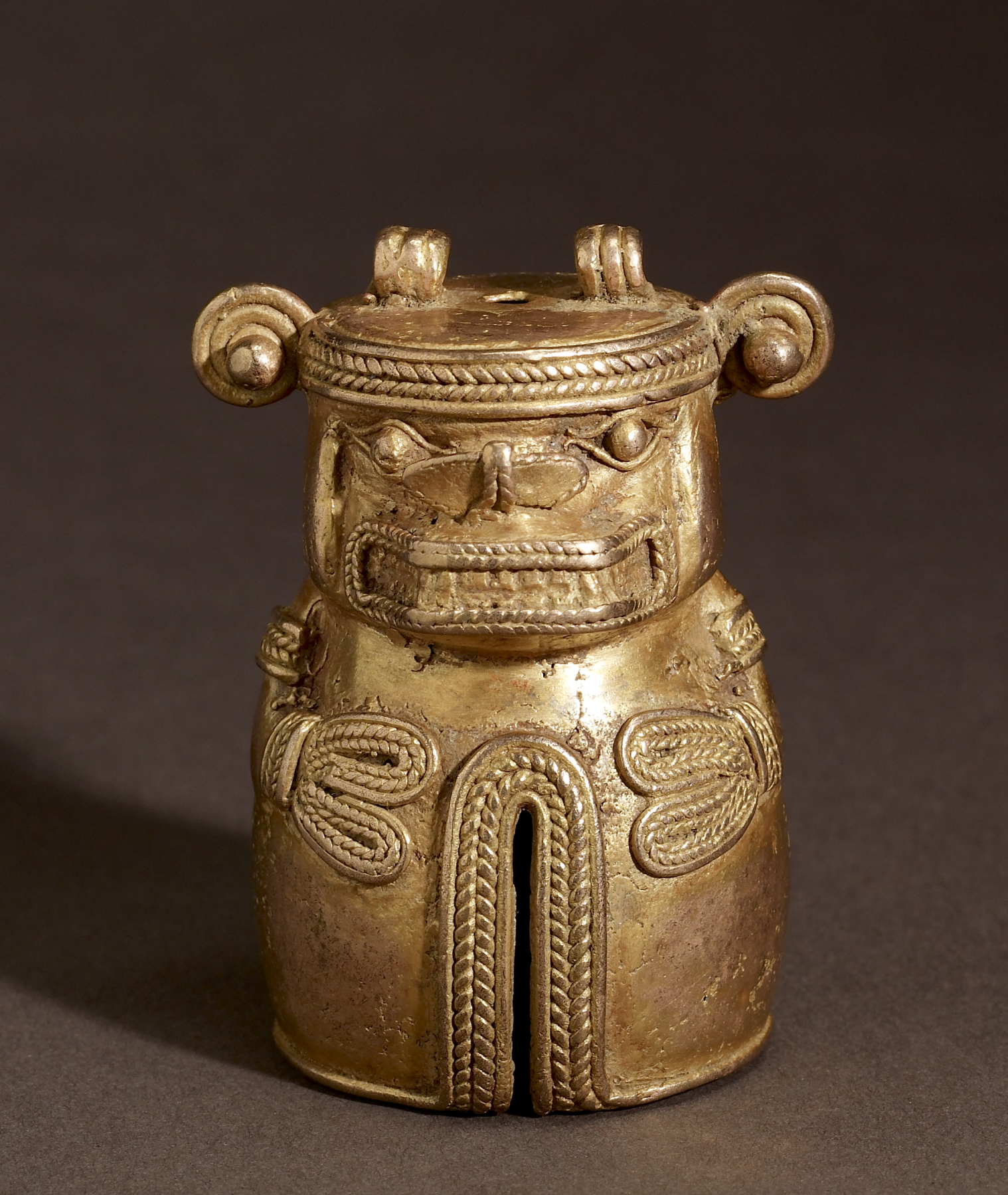 With a bat head, human torso, and mitten-like hands, this bell probably represents a priest or devotee dressed as the god Heisei. The god of death and rain among the Tairona peoples of Colombia, Heisei was associated with bats, particularly leaf-nosed bats of South and Central America, both feared and admired as voracious hunters.

The piece is made of gold, which was an important material in the Americas for centuries. The earliest evidence of goldworking in the Western Hemisphere dates to around 2000 BC, when gold was first hammered into thin foil sheets in ancient Peru. But it was the goldsmiths of Colombia who had access to the largest veins of gold ore, which they extracted by "placer mining" (panning) and by building simple, vertical shaft mines. Gold was melted and worked in a variety of techniques, including hammering, often around a wooden form, and lost-wax casting (in which a wax model of an object is made and encased in clay, which is fired, causing the wax to melt and run out through a hole; molten gold is then poured into the hole and hardens, and the resulting figure is revealed when the clay mold is broken apart). Much ancient American gold is naturally alloyed, or mixed, with copper, with percentages of copper rising to as high as 70 percent. This material, called "tumbaga," often has a reddish color. Ancient Colombian metalworkers developed "depletion gilding" techniques, in which the copper was removed from the gold using organic acids.

Tairona gold is characterized by almost flamboyant decoration: spiraling strands of gold braidwork sprout from the heads of standing rulers, who are often adorned with the same pectorals and lip plugs actual chieftains wore.