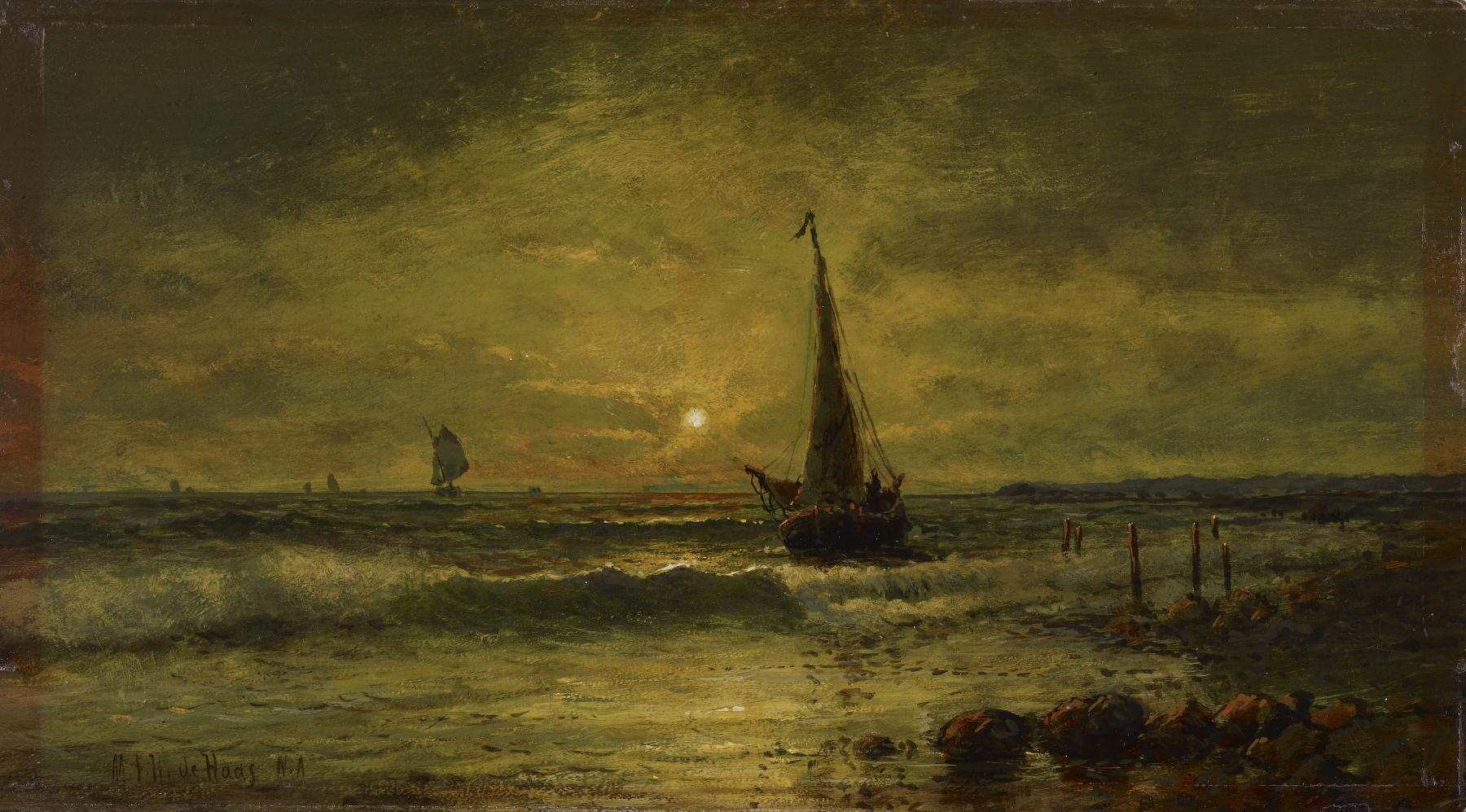 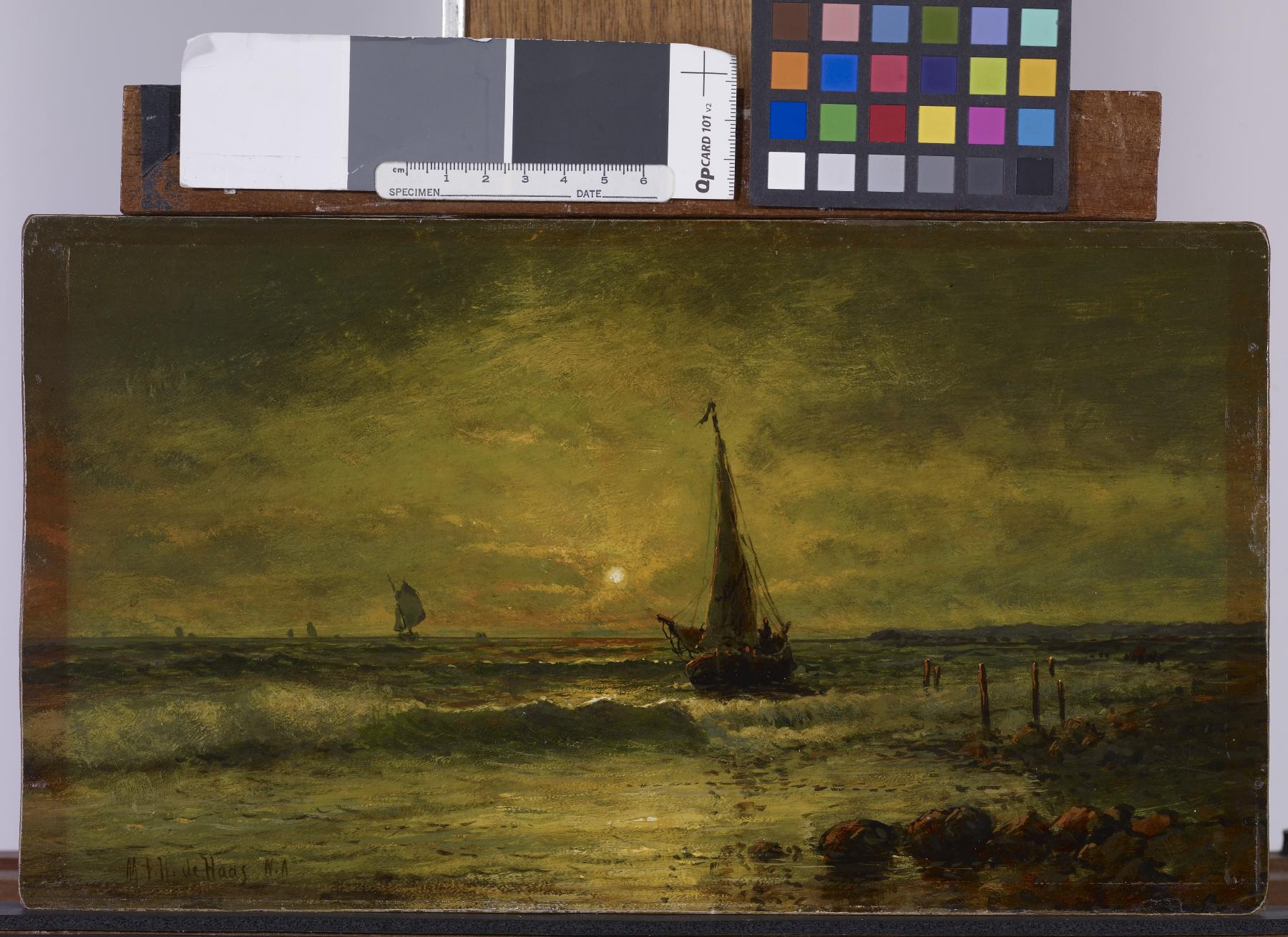 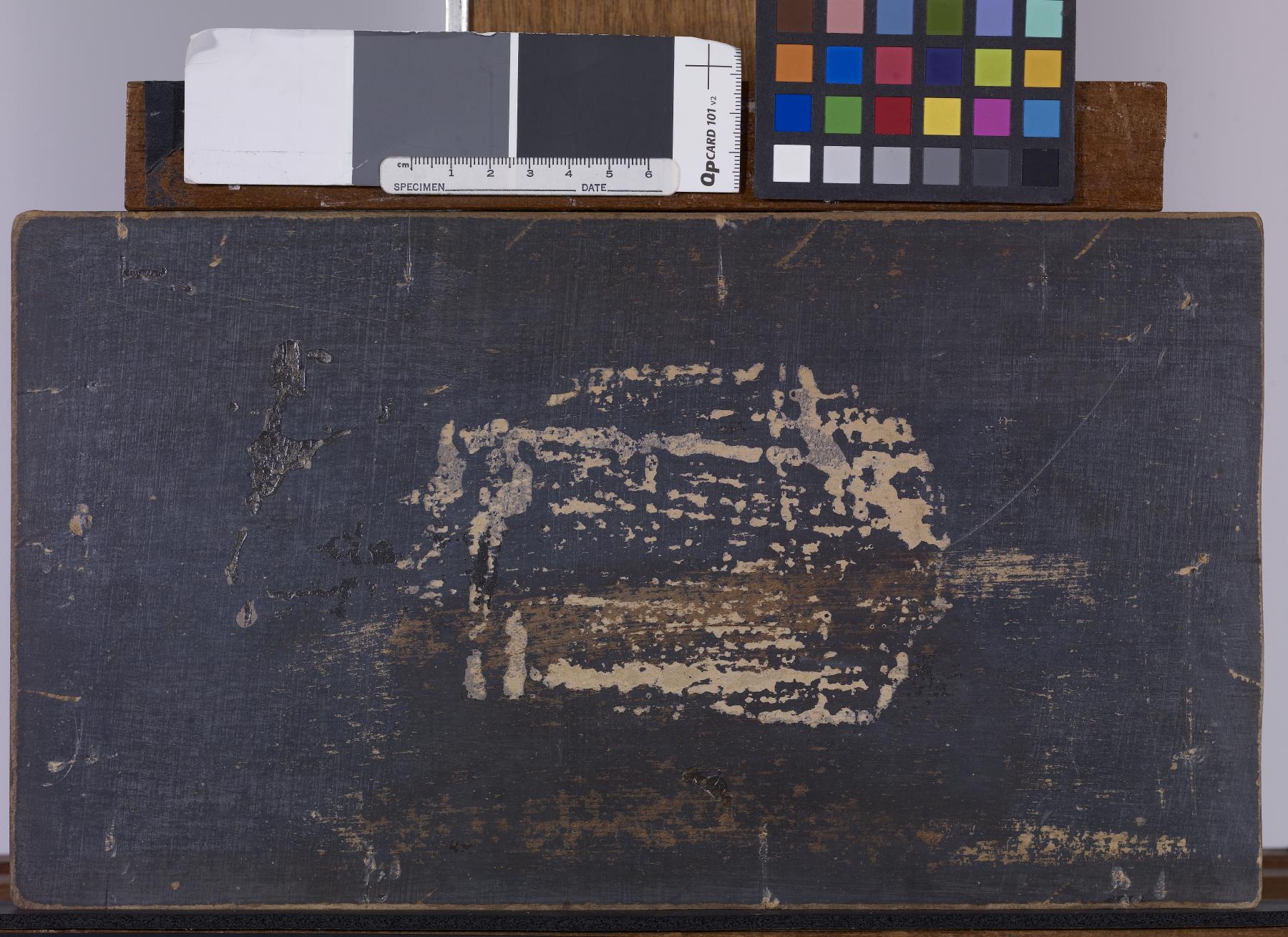 Maurits Frederik Hendrik de Haas was born in Rotterdam in 1832. He studied there at the Academy of Fine Arts and also with Louis Meyer in The Hague, where he served as Artist to the Dutch Navy. In 1859 the artist came to New York. He painted a number of naval scenes for Admiral Farragut during the Civil War and also gained a reputation for his coastal scenes, exhibiting at the Boston Athenaeum, the National Academy, and the Maryland Historical Society. He was elected Associate of the National Academy in 1863 and Academician in 1867, and was one of the original members of the American Society of Painters in Water-colors in 1866. This coastal scene shows several small sailing ships and depicts the hazy atmosphere and reflections of the sun on the water.