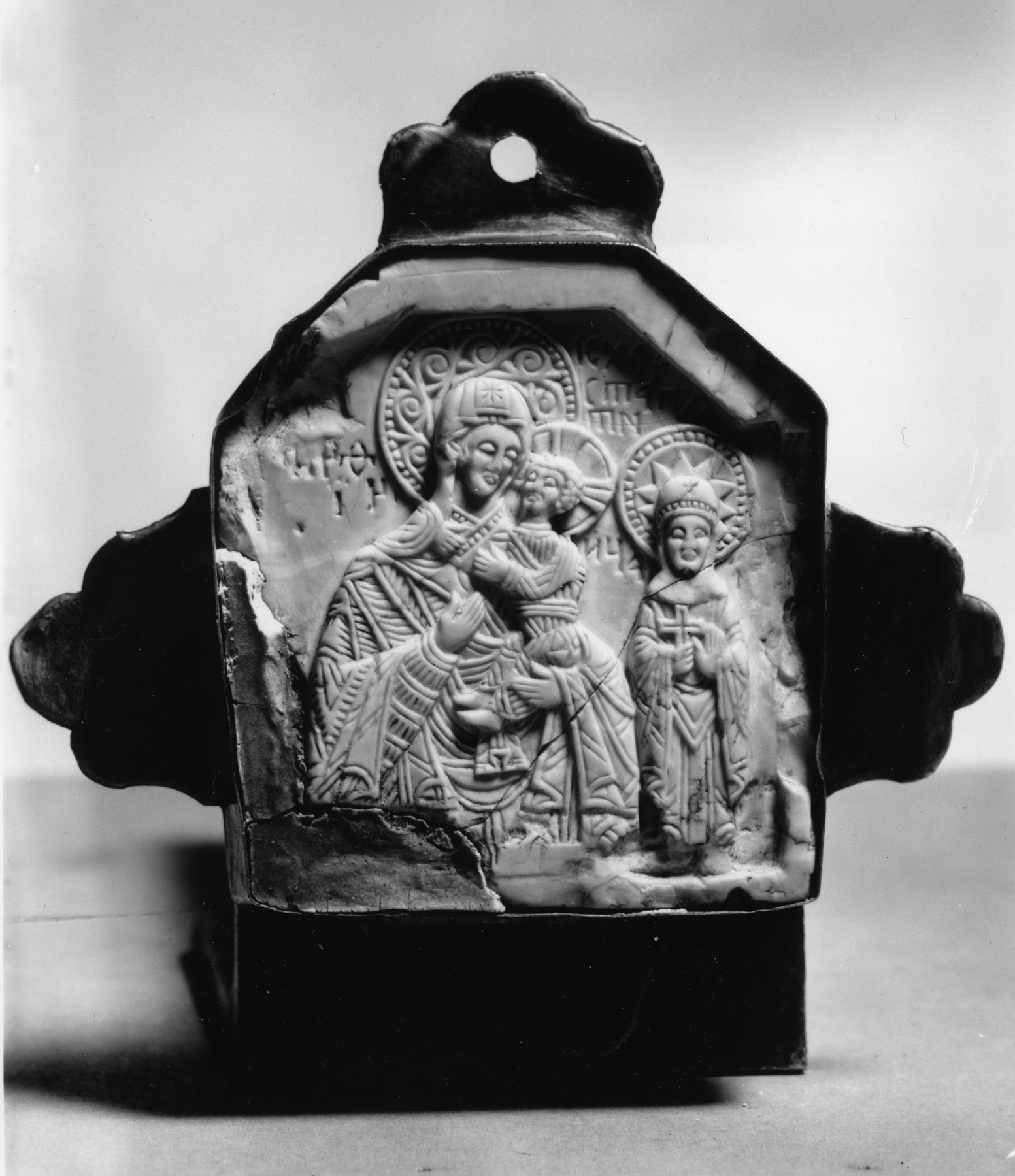 The Virgin and Child with Saint Parasceve

This small carved icon was probably worn around the neck. Saint Parasceve, who is shown next to the Virgin, must have been the patron saint of its original owner. The saint is labelled here with the Russian version of her name, Piatnitsa. The icon could have been brought to Thessaloniki, where it was allegedly discovered, by a Russian pilgrim to that city's famous shrine of Saint Demetrius.