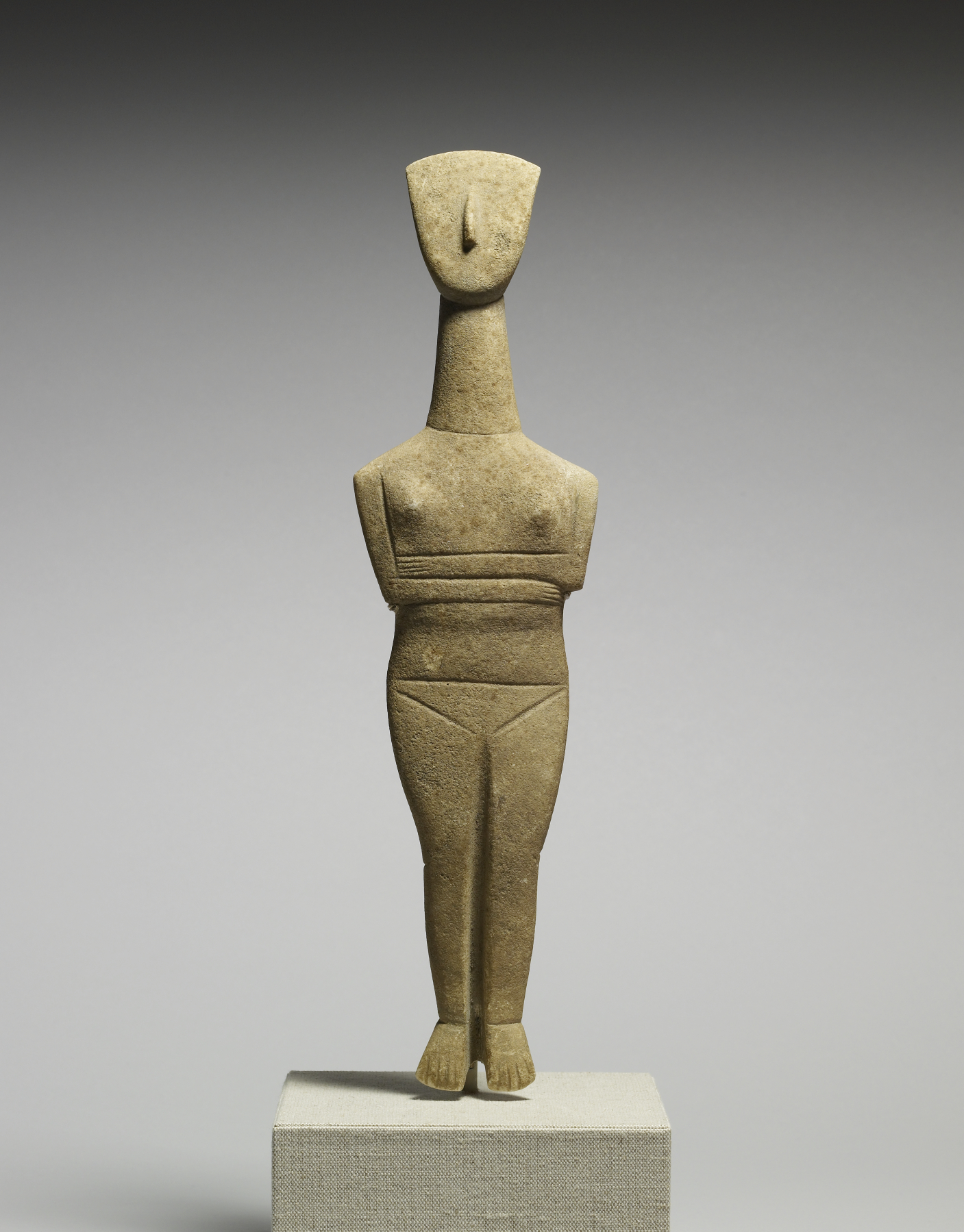 Figurines of this type, from the Cyclades islands in the Aegean Sea, have been found almost exclusively in tombs. Although it was first believed that these so-called "idols" represent deities, they probably should be interpreted more broadly as representations of "femaleness." The geometric shapes, the position of the arms across the abdomen, and the close-set legs with dangling feet are distinctive and may appear strikingly modern to the viewer today. This example represents the high point of Cycladic figurine carving, when the form had become extremely elegant.