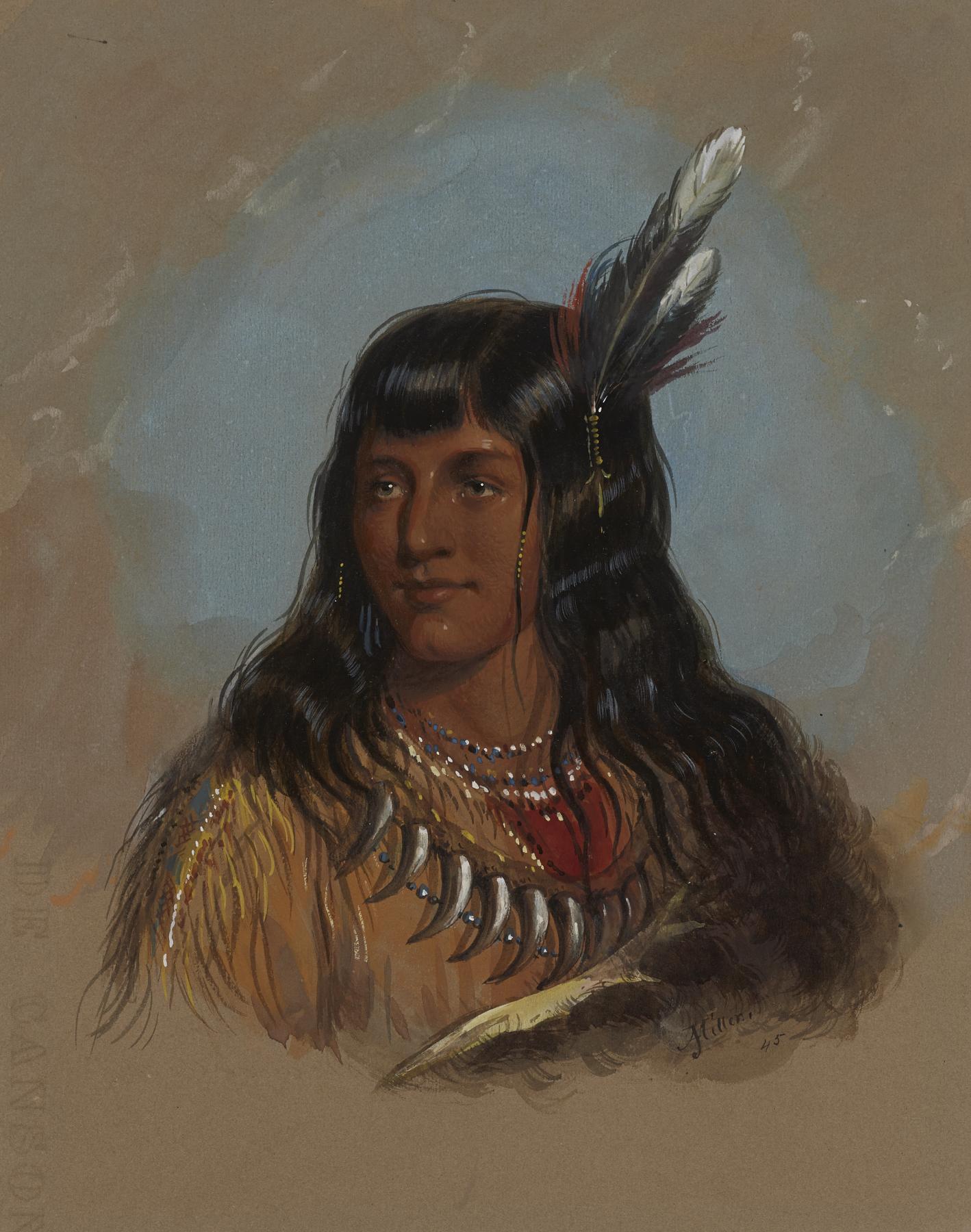 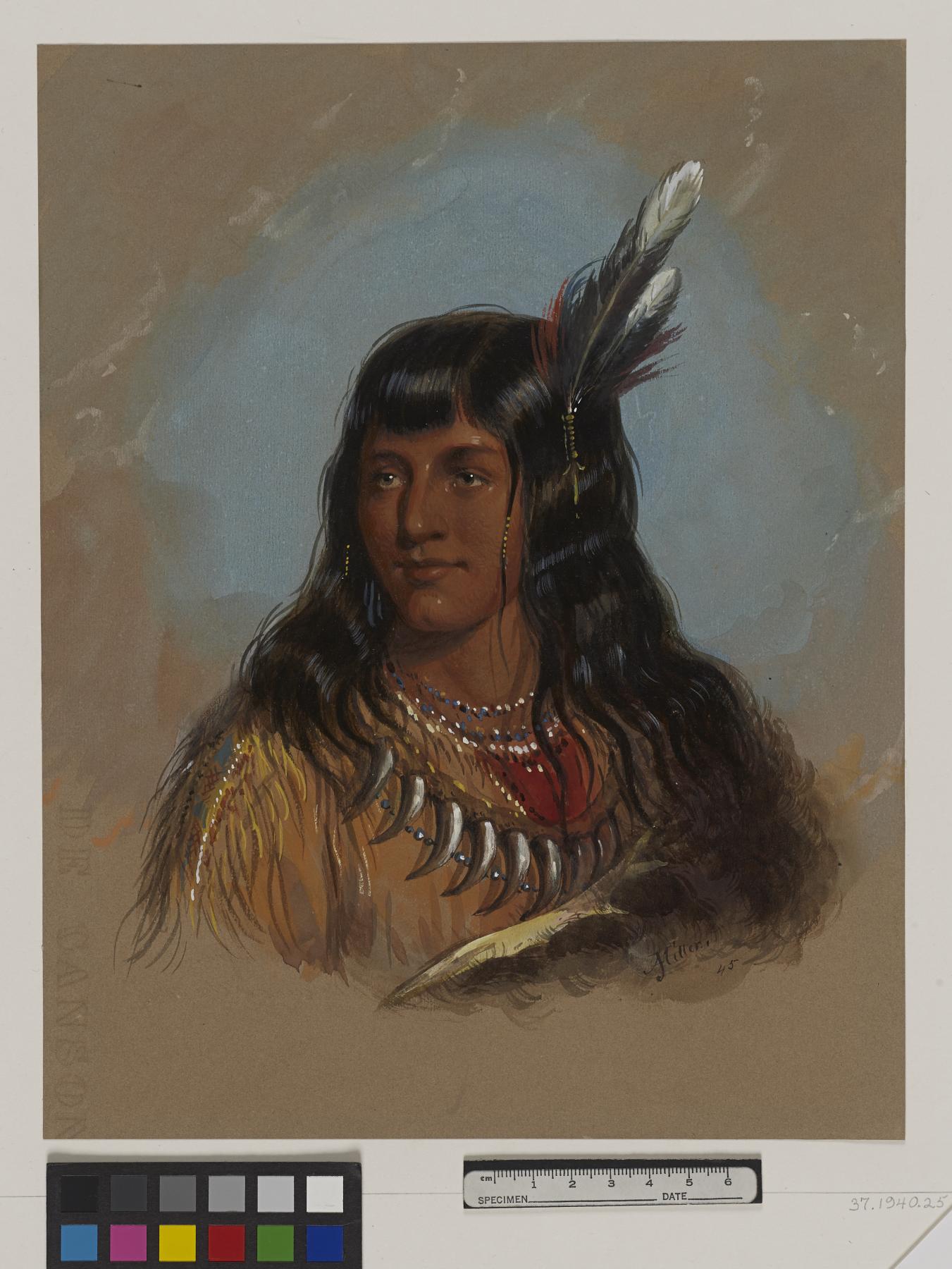 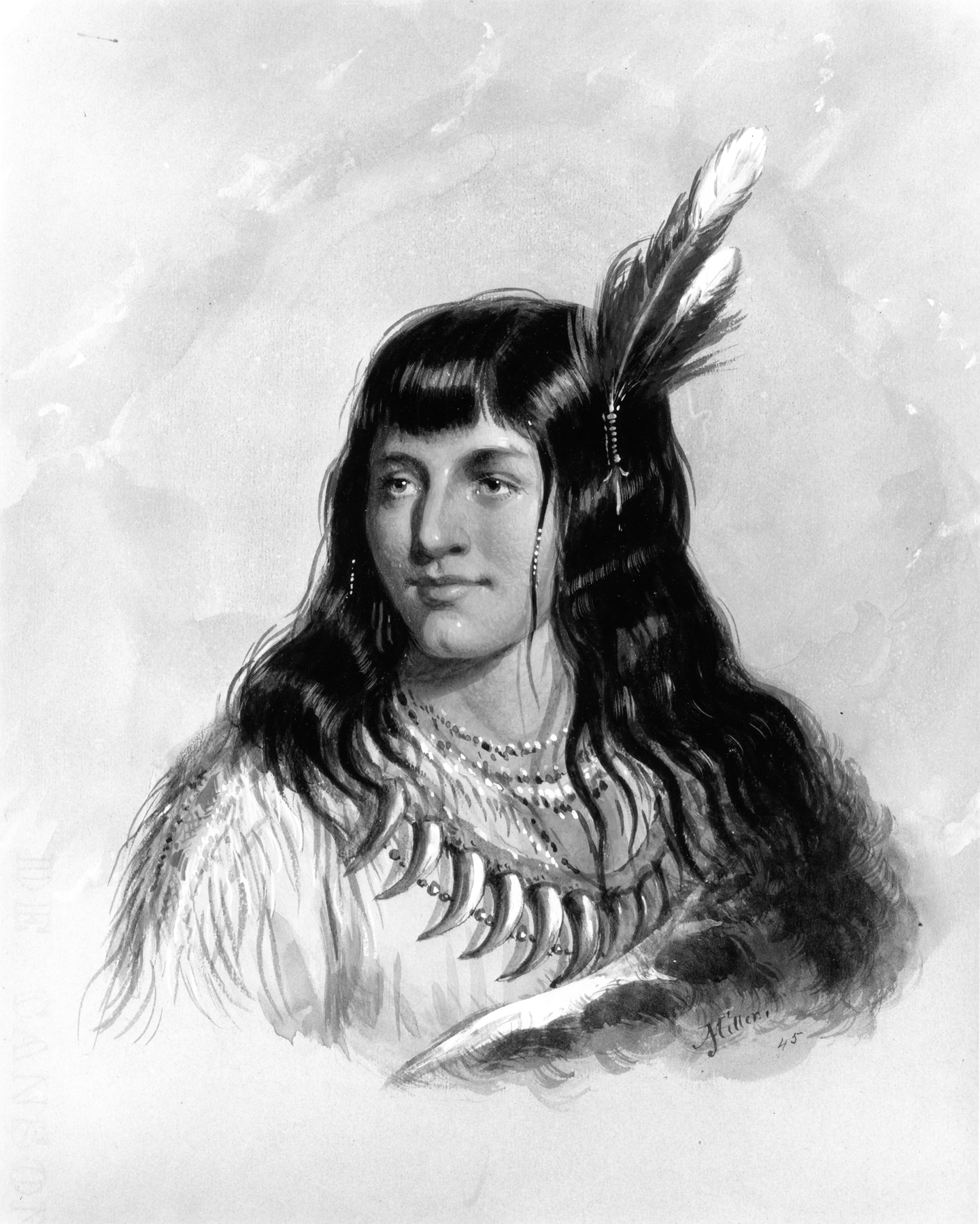 "About 22 years of age, son of the Chief Ma-wo-ma. This Indian was an admirable specimen of the Snakes. His form, - straight as an arrow, and a carriage of natural grace, - that no dancing master could impart. It was impossible to look at him without admiration. ... His bearing was that of a prince - courageous and self-reliant."
A.J. Miller, extracted from "The West of Alfred Jacob Miller" (1837).