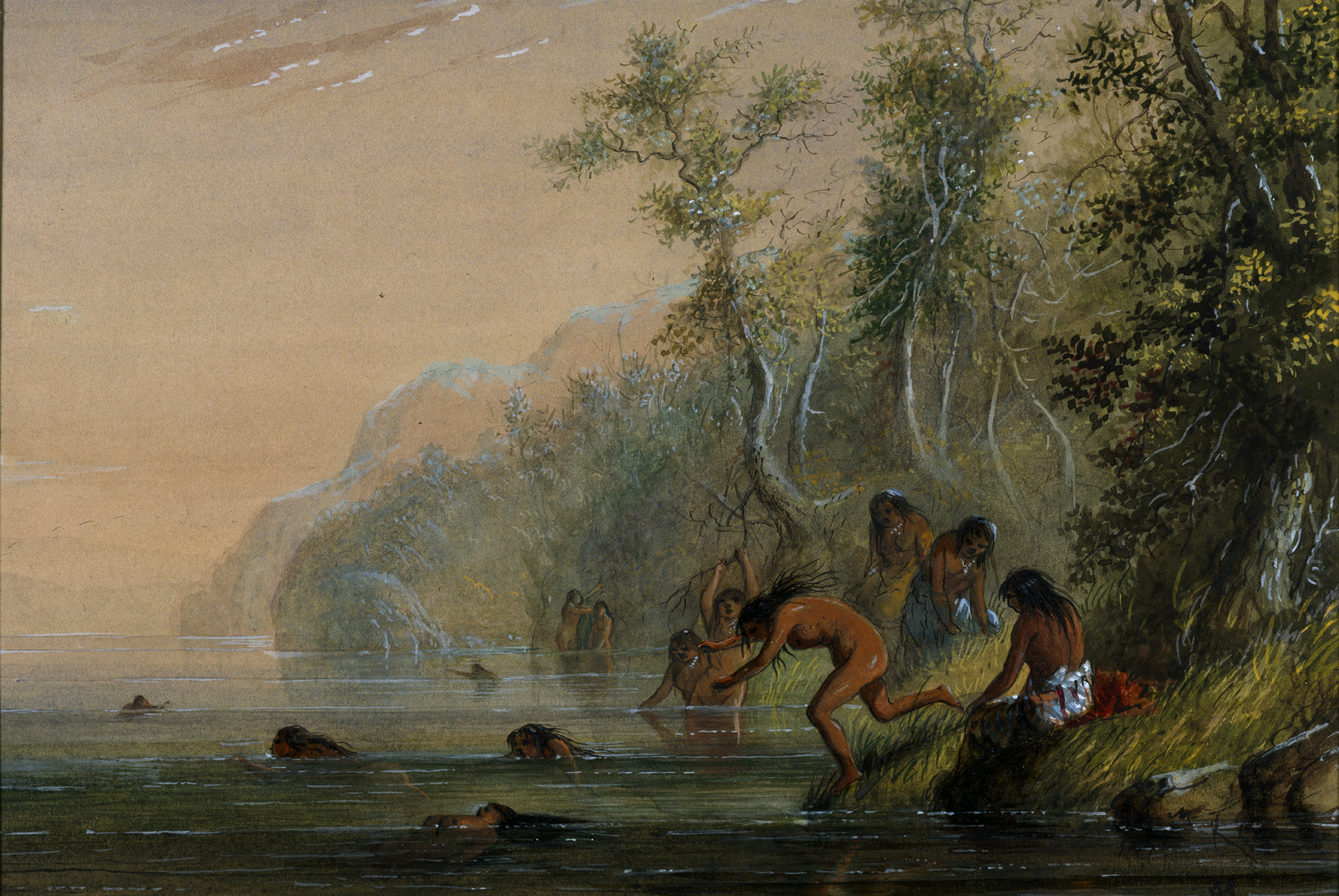 "Whenever the Indians encamp on a favorable stream of water in the Spring and Summer months. The Indian women (when their taks are finished or domestic duties attended to) set off in search of a shady retired locality, and engage themselves in diving, swimming, and gambolling in the water. Of this they are remarkably fond and are not at all discomposed by your approaching thier retreat and looking on;- so far from it, that it only seems to produce an emulation among the experts as to whom shall belong the victory of diving and remaining under the water longest, or of swimming the greatest distance. Not a bit afraid are they either of spoiling their complexions,- the rich bronze tint of their skin bidding defiance to the rays of the sun." A.J. Miller, extracted from "The West of Alfred Jacob Miller" (1837).