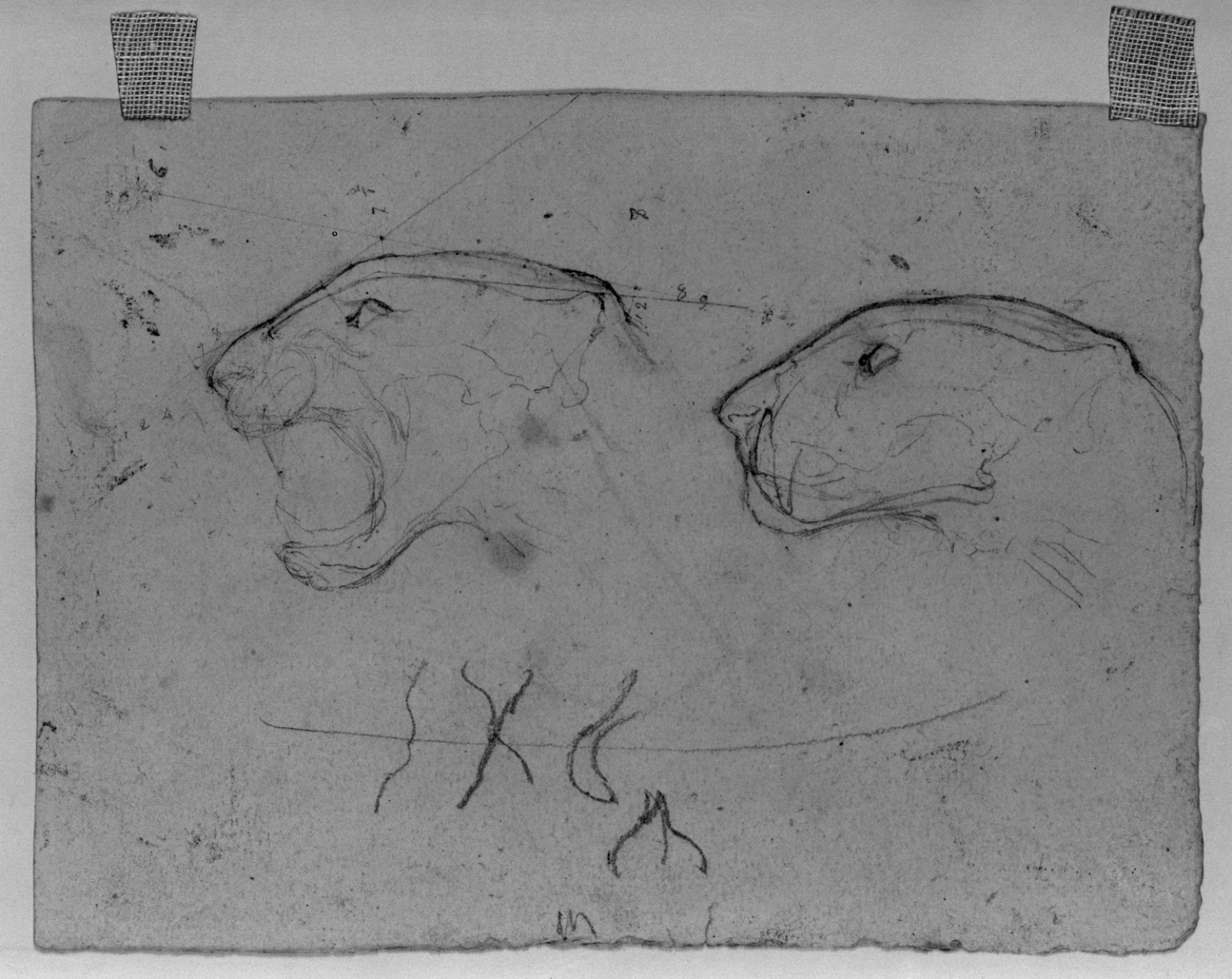 Two Heads of a Lioness

Barye's friend the count of Rigny, a French admiral, donated two African lions to the Jardin des Plantes. One, a lioness, died in October 1828, and the other, a male lion, perished the following June. In this drawing, Barye has carefully recorded the structure of the lioness's jaw, both open and closed.

After the death of the second lion, the French painter Eugène Delacroix (1798-1863) sent the following message to his friend Barye: "The lion is dead. Come at once. It is time for us to act." Together, they recorded the dissection of the animal. Delacroix produced dramatic images of the lion, whereas Barye was more interested in carefully recording its anatomy.