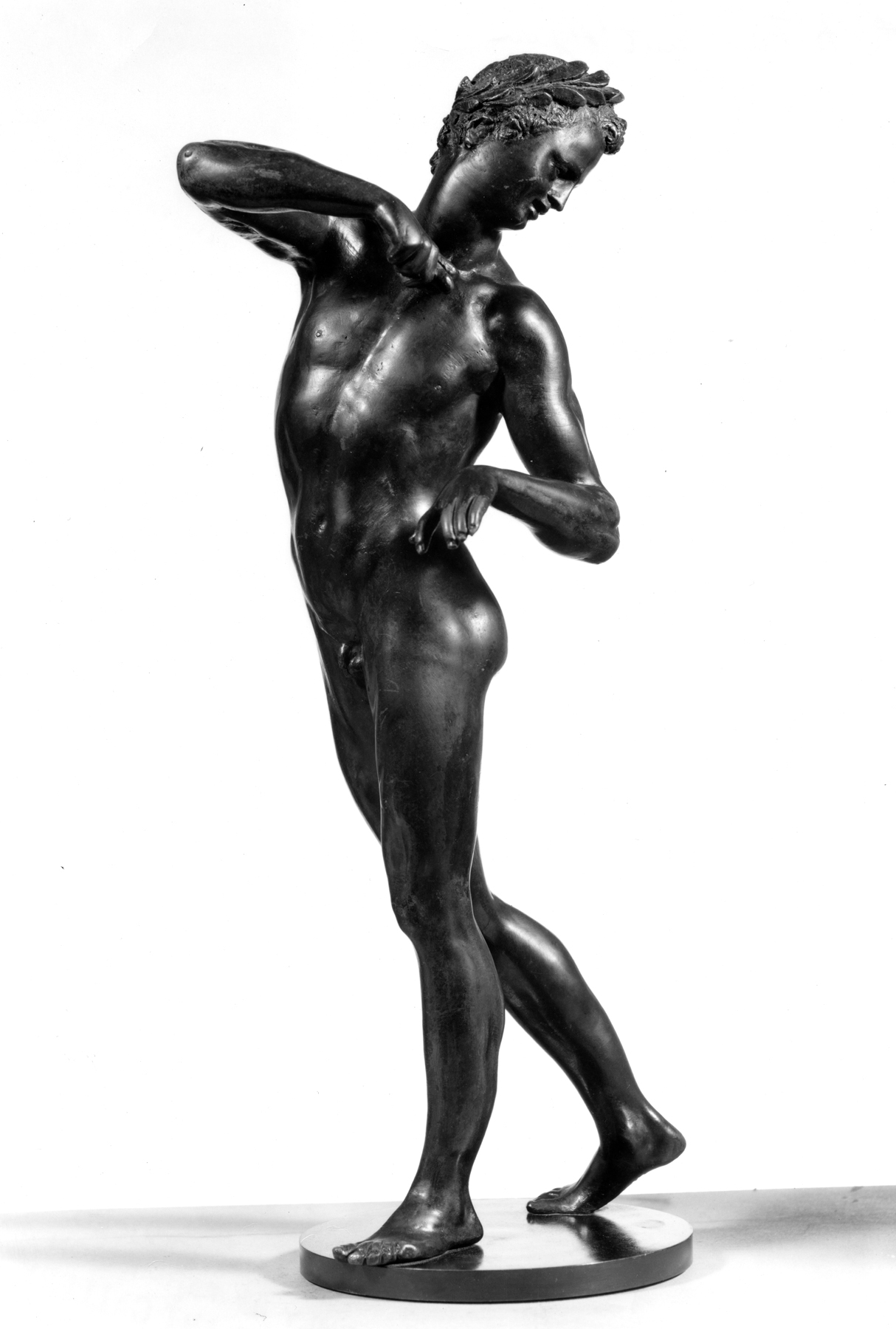 In Adriaen de Vries' initial version, this slender young adolescent is a woodland faun (ancient Italian rural deity with a goat's ears and tail, similar to the more ribald satyr of Greek mythology) with a vine wreath around his head, twisting around to see his tail. The elimination of the tail here results in a more dance-like pose that draws the eye around the figure, creating satisfying, changing views from every angle.

In 1588, De Vries was still in the shop of his teacher Giambologna in Florence, although he would go on to work for the greatest rulers of the day, including Emperor Rudolf II in Prague. The body of the faun is handsome, but the detailing of the hair lacks finesse, suggesting that this cast was produced decades later by a less experienced hand.