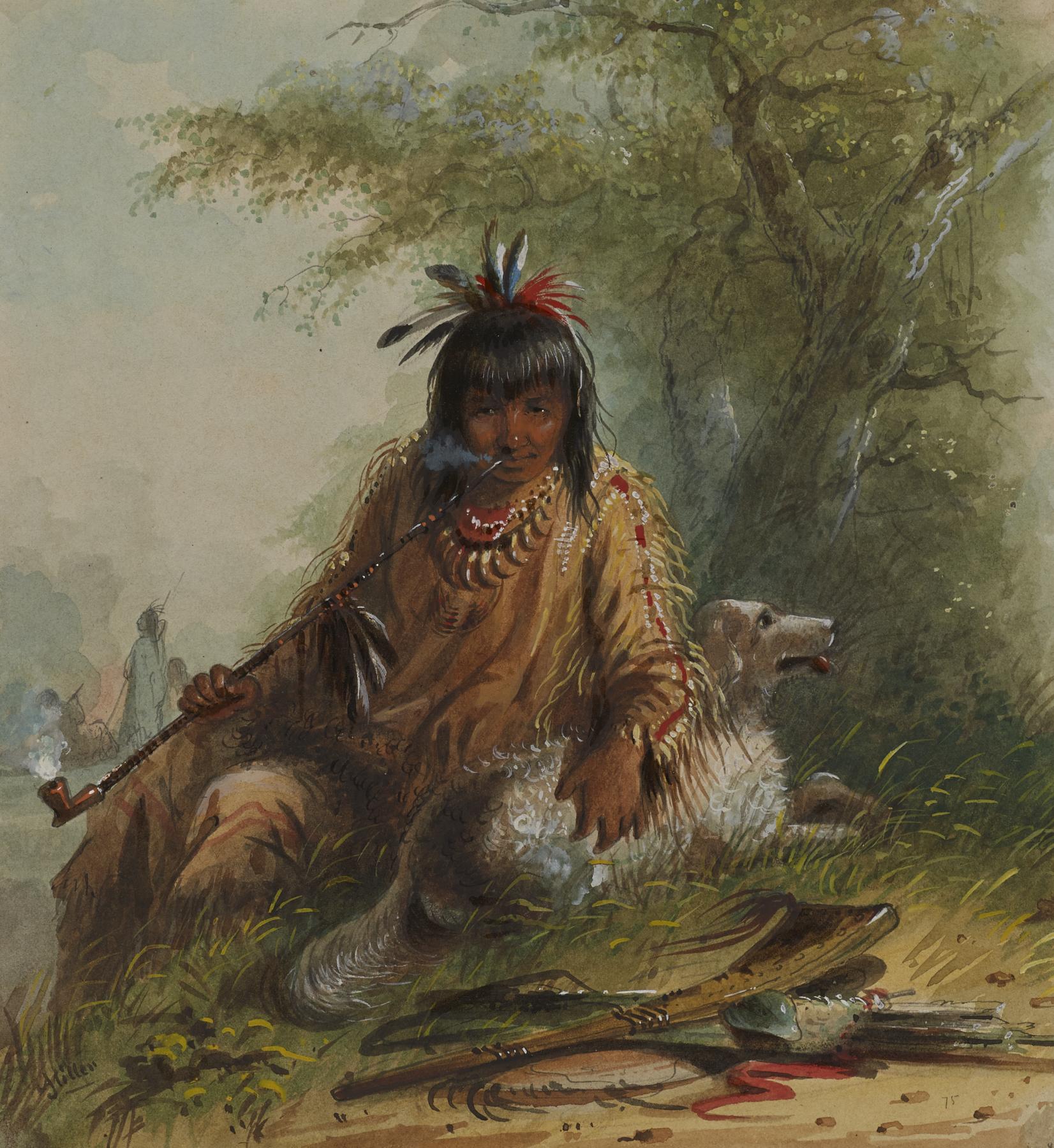 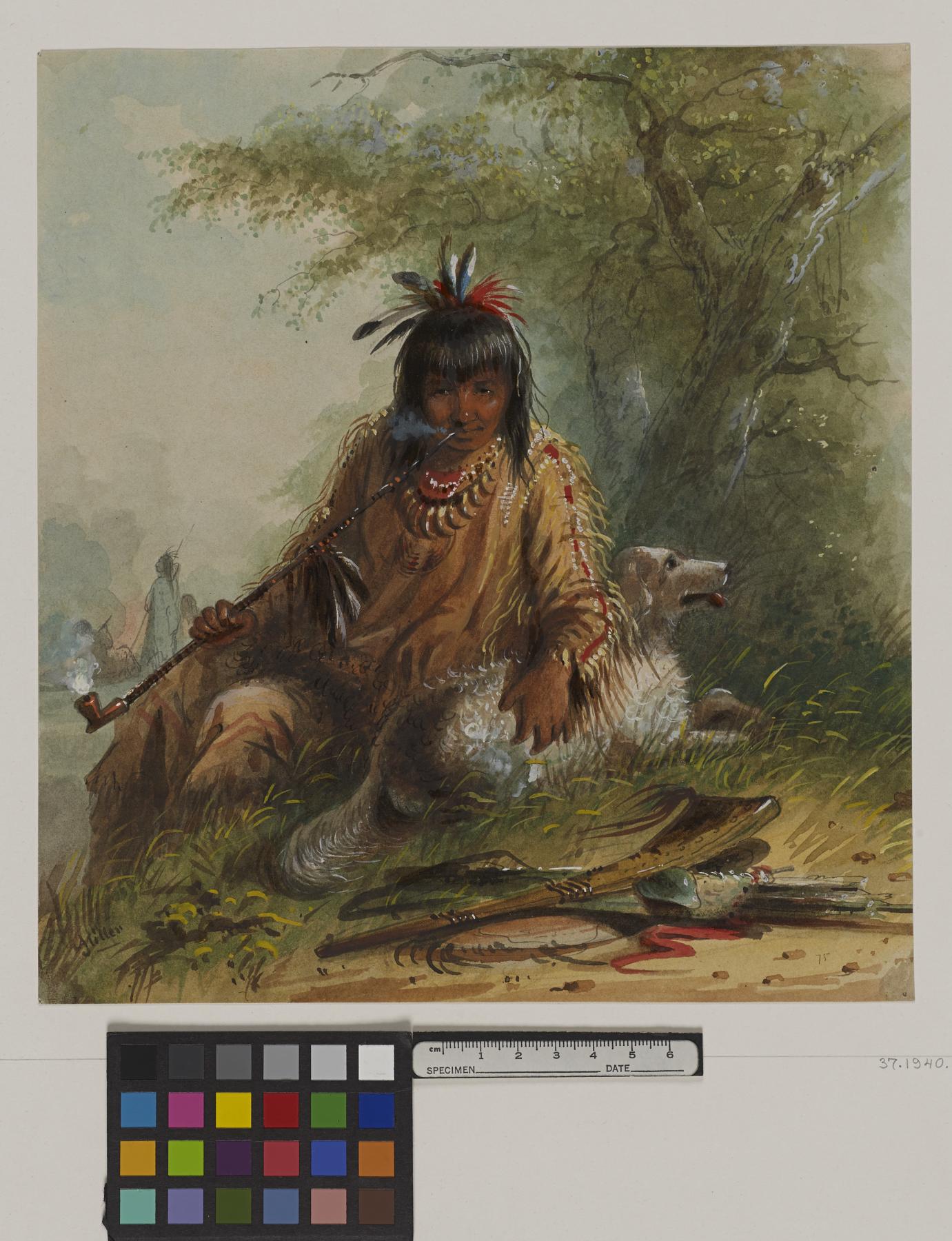 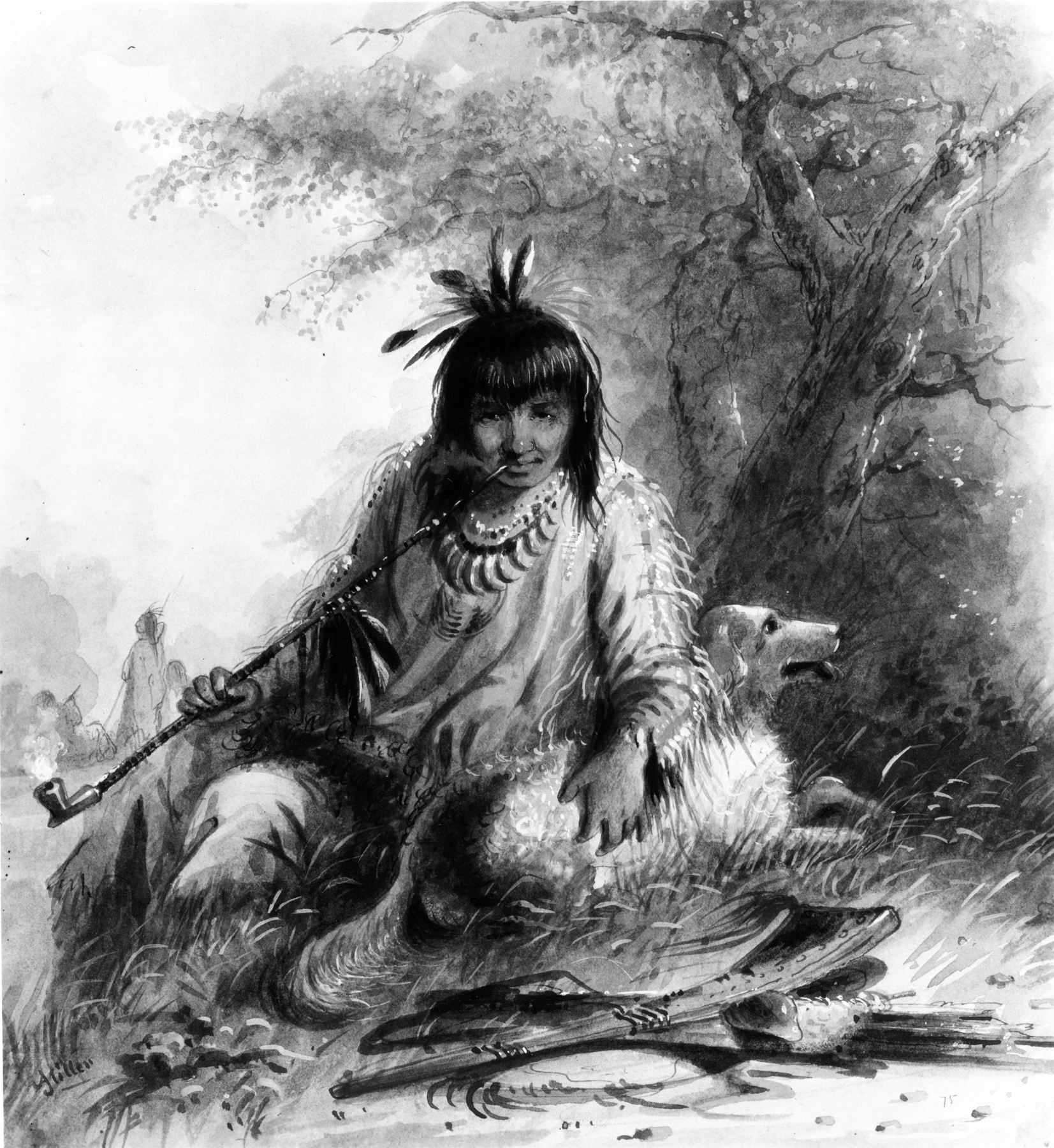 Snake Indian and His Dog

"As tobacco is a scarce commodity with the Indians they have found a plant of a delicious flavor to mix with it and in default of the former to use in its stead, this is called 'Kinnick, Kinnick,' the leaves resembling in shape the box of the gardens, and is cured by a process similar to that for tobacco. With a good supply of this article he lays by for a time the deadly war club, and quiver of arrows, - fills his pipe bowl and inhales the fragrant mixture." A.J. Miller, extracted from "The West of Alfred Jacob Miller" (1837).