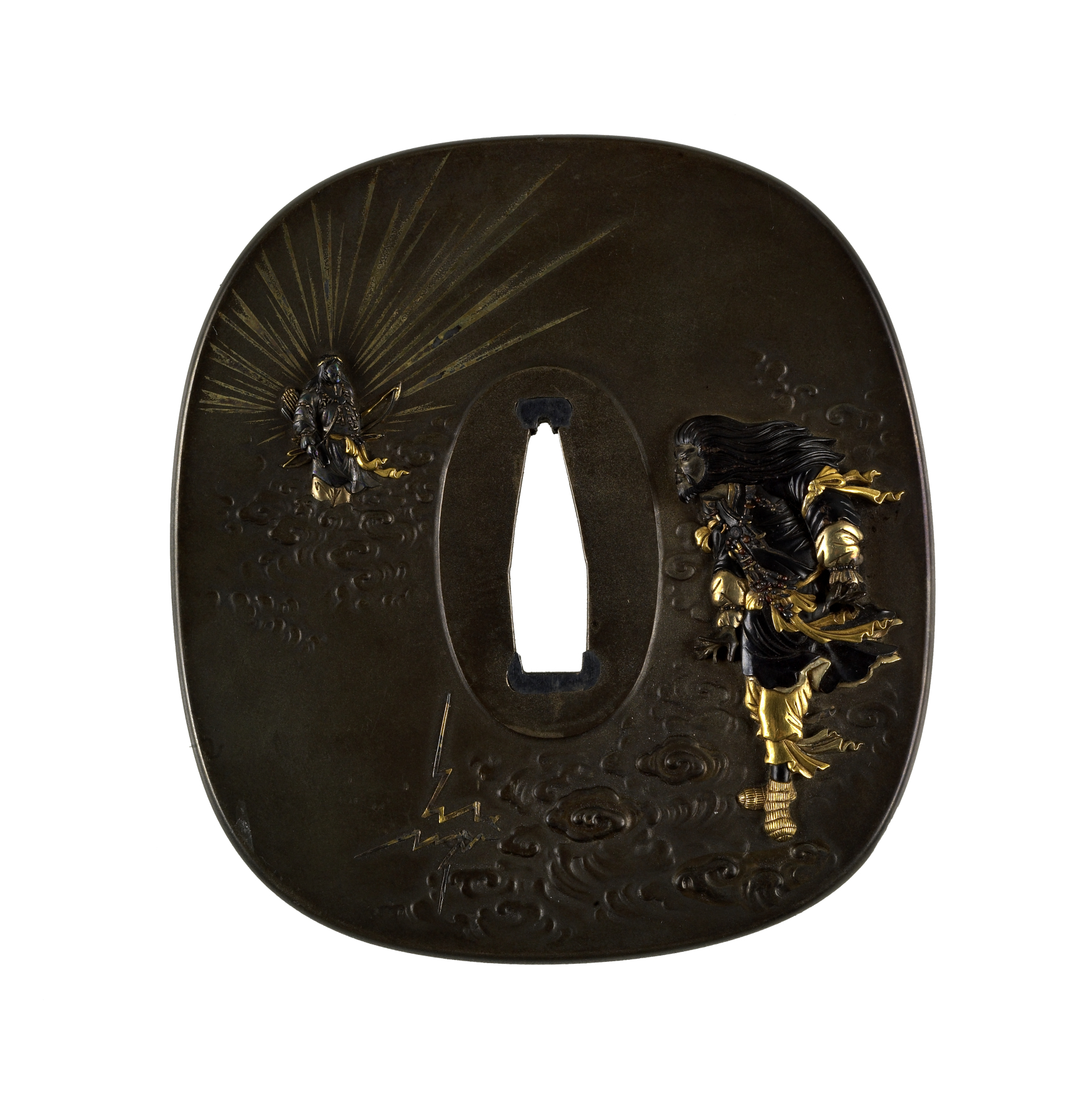 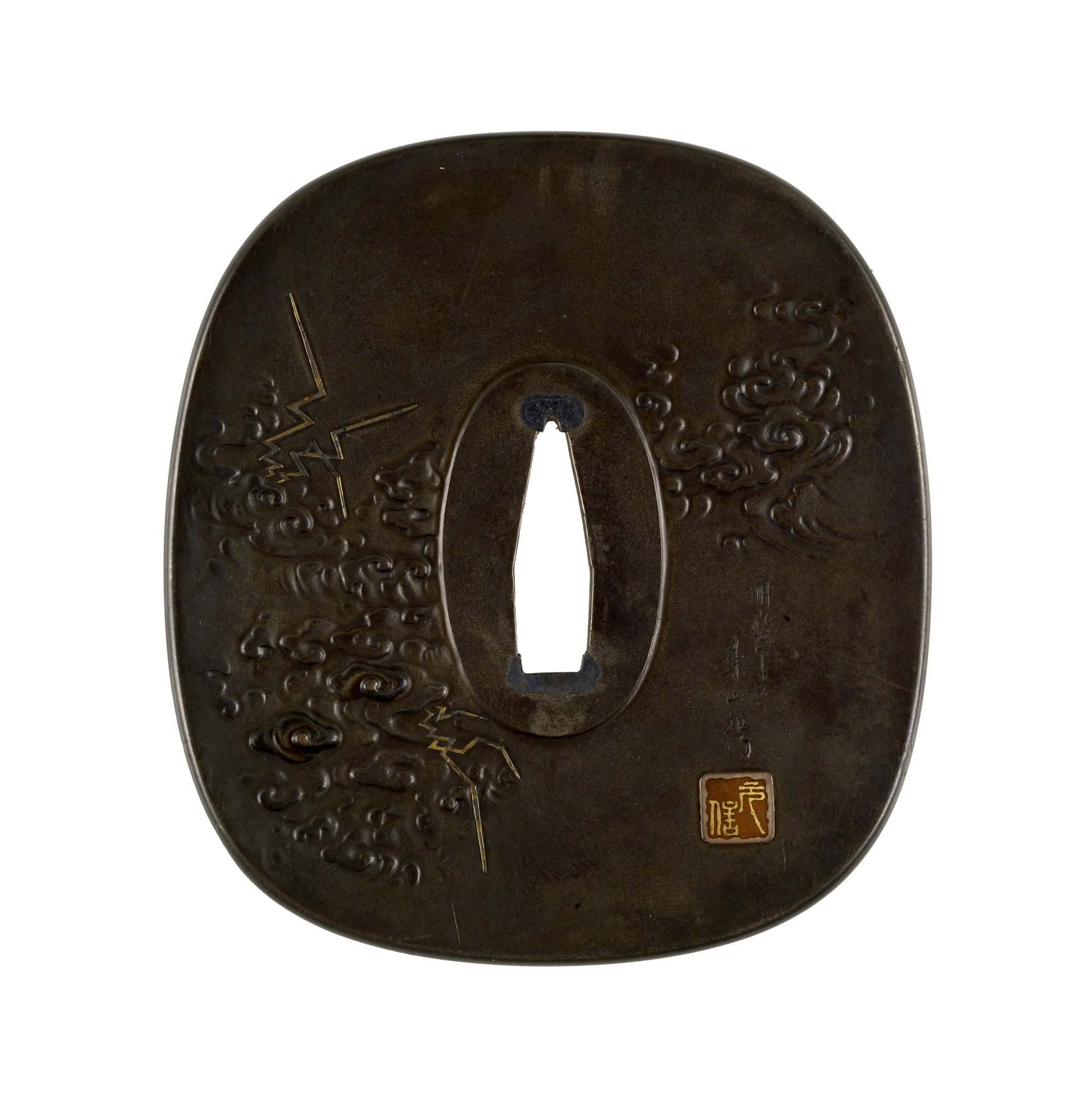 Tsuba with the Sun Goddess Amaterasu and Her Brother Susano-ô

This tsuba shows the mythical ancestor of the Japanese Imperial lineage Amaterasu and her brother Susano-ô. Amaterasu is known as the Sun Goddess and there are rays of light in gold radiating from behind her. Susano-ô is shown in opposition to his sister on a storm cloud. There are bolts of lightening at the lower left edge of the cloud on which he stands. Further lightening and clouds are on the reverse of the tsuba. This piece was made during the Meiji period and was probably intended for export.