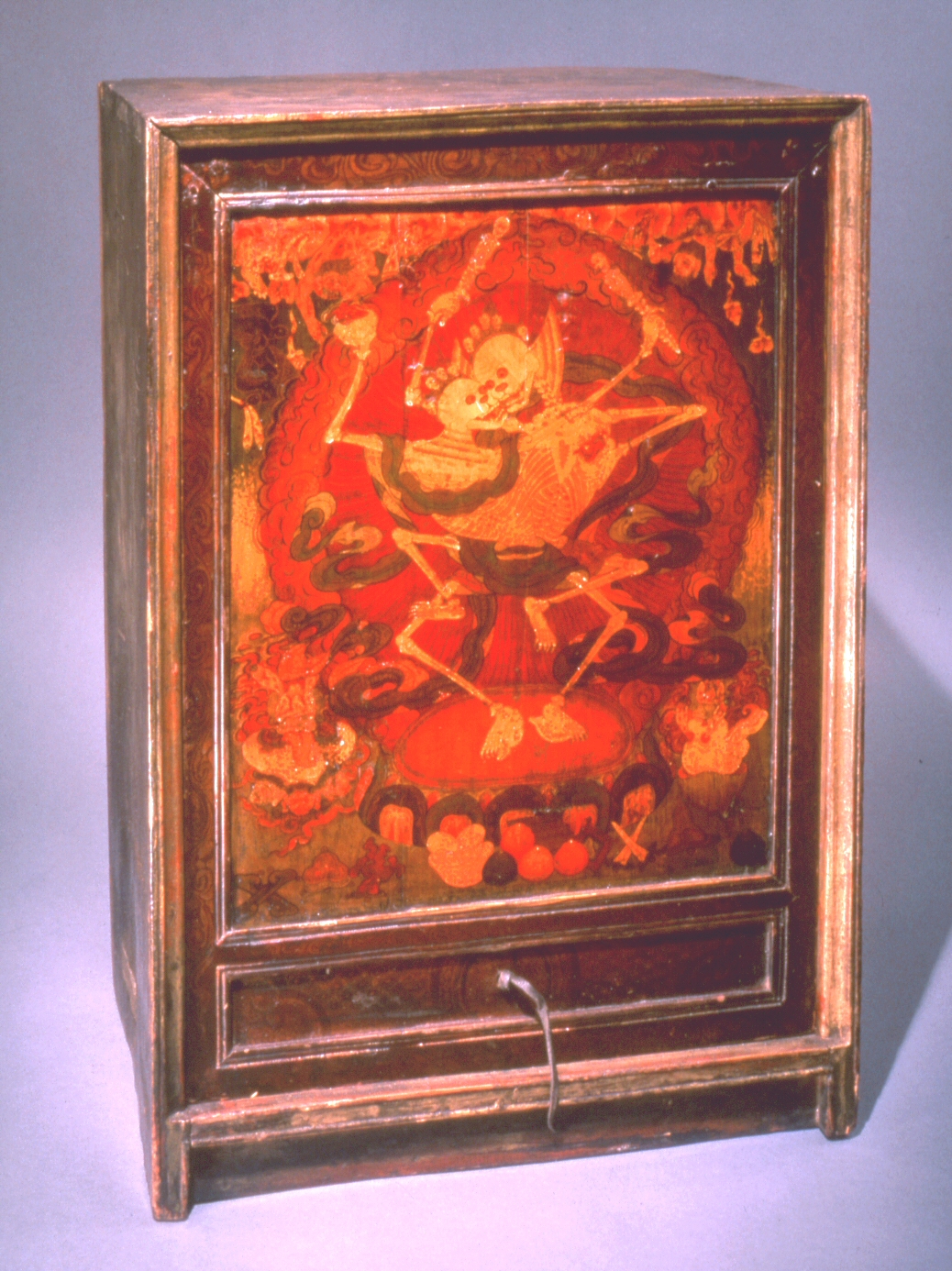 The gleefully dancing skeletons painted on this cabinet are commonly known as chitipati, lords ("pati") of the cremation ground or funeral pyre ("chiti"). They serve many functions for practitioners of tantric Buddhist rituals, from protection to the guarding of wealth. The larger skeleton seen on the right (proper left) is male; he wears a tiger skin loincloth and stands on a conch shell. His female partner wears a lower garment that matches her swirling scarf and rests her lowered foot on a cowrie shell. Products of the charnel ground surround them: Beneath the canopy of flayed skins and organs, two vultures help themselves to a pair of eyes and a heart. Surrounding the lotus pedestal of the chitipati are wrathful offerings, including offerings of the senses, represented by the respective parts of the body spilling out of skull cups.

The cabinet may have been used in a shrine for wrathful deities, or, when open, it may have served as a shrine itself.