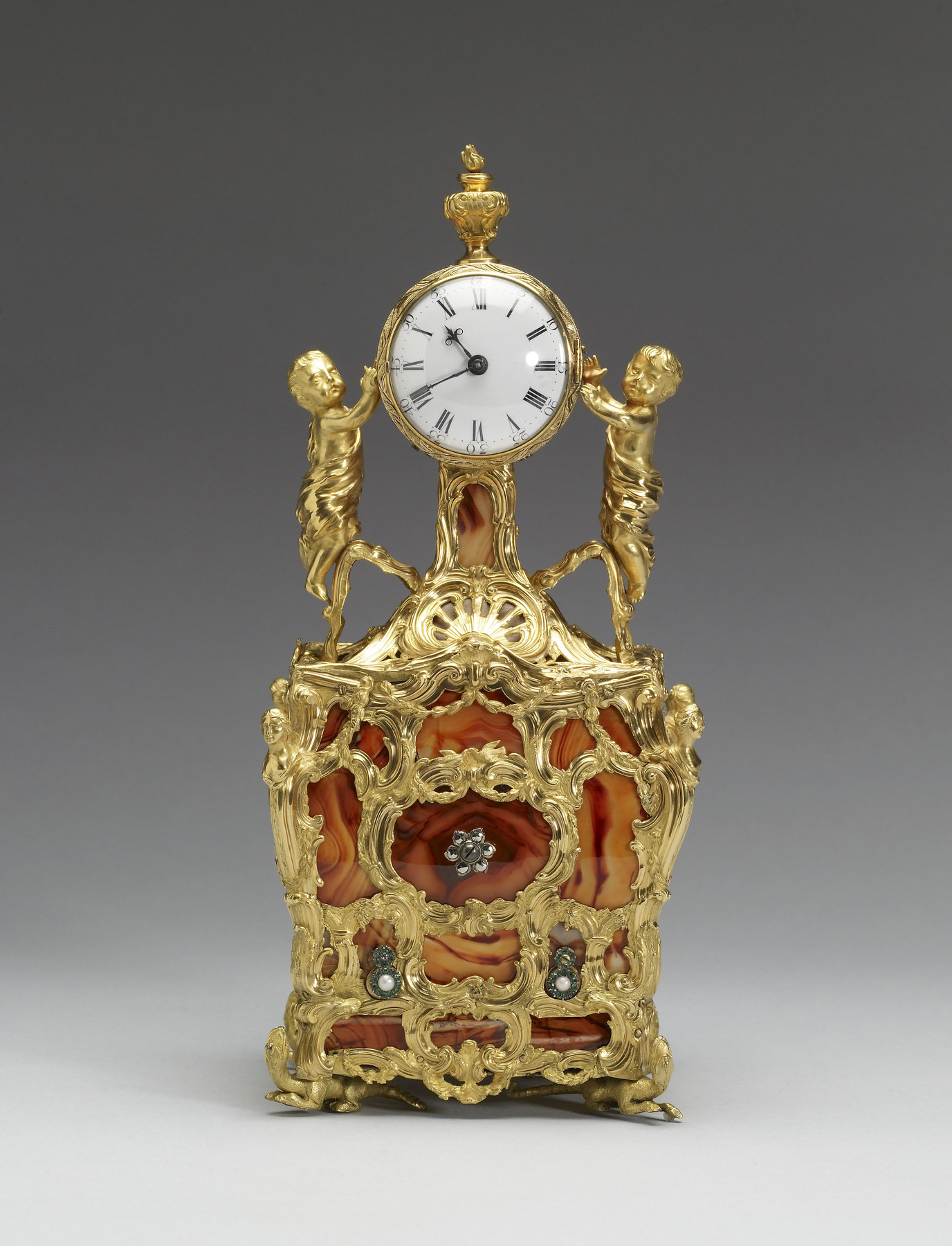 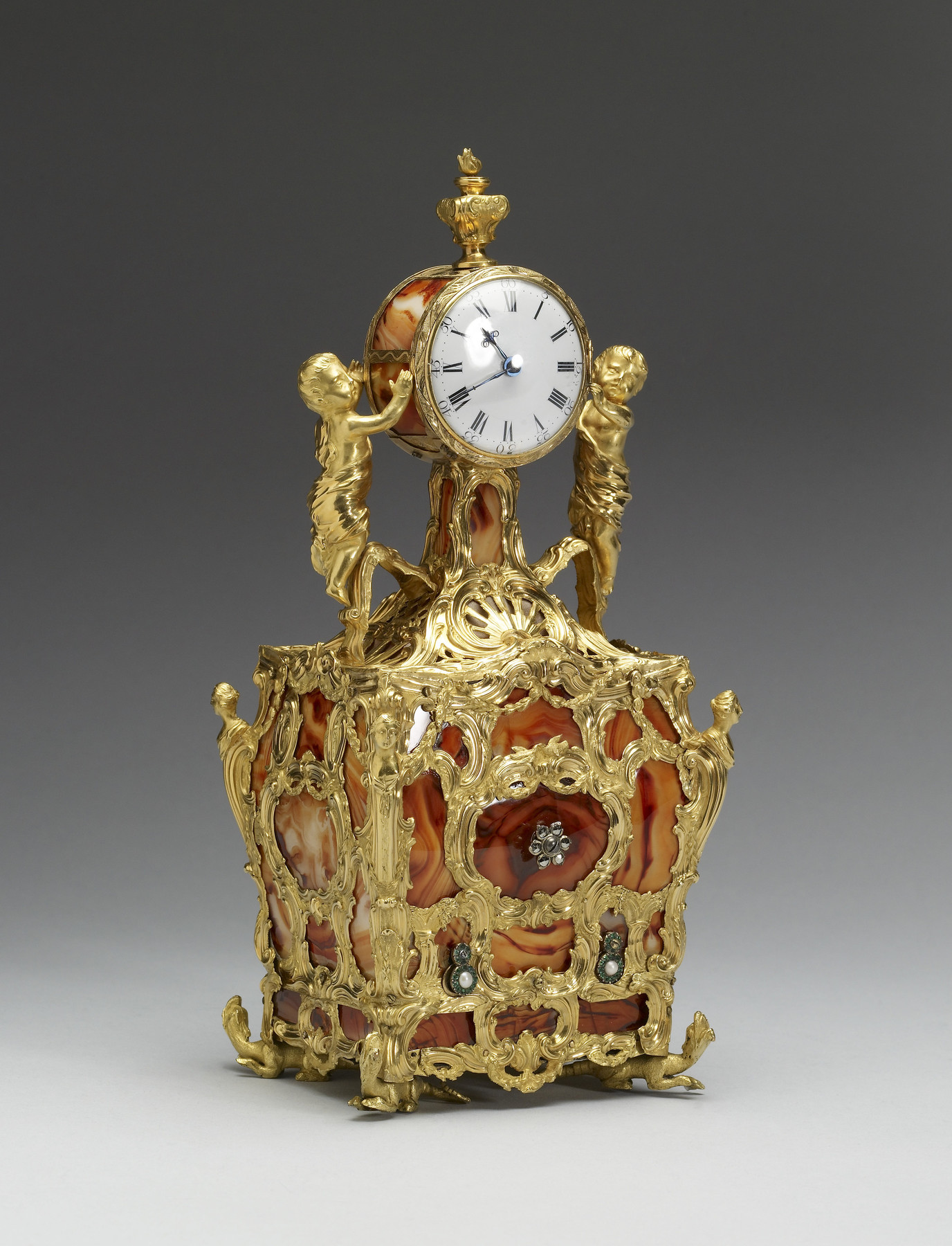 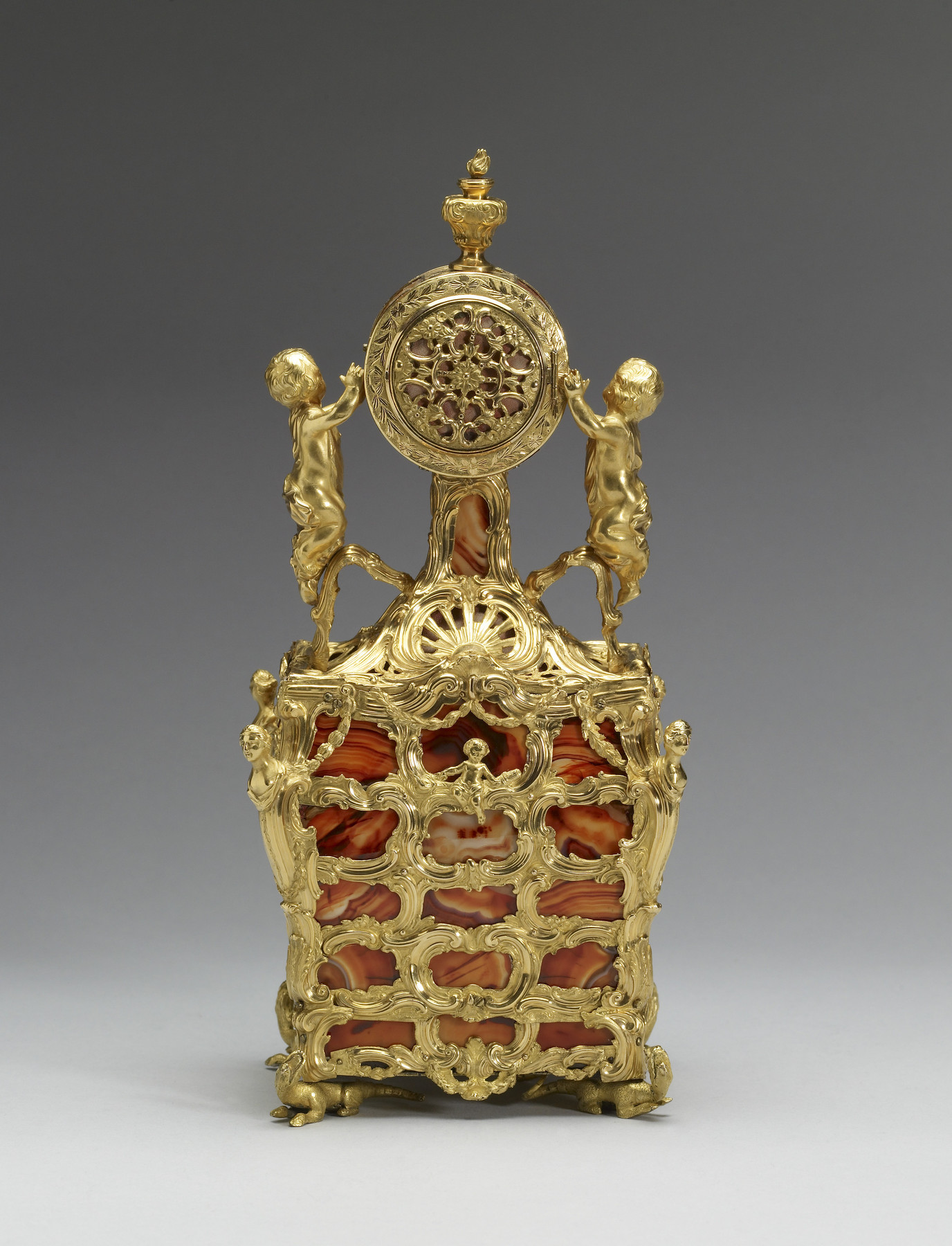 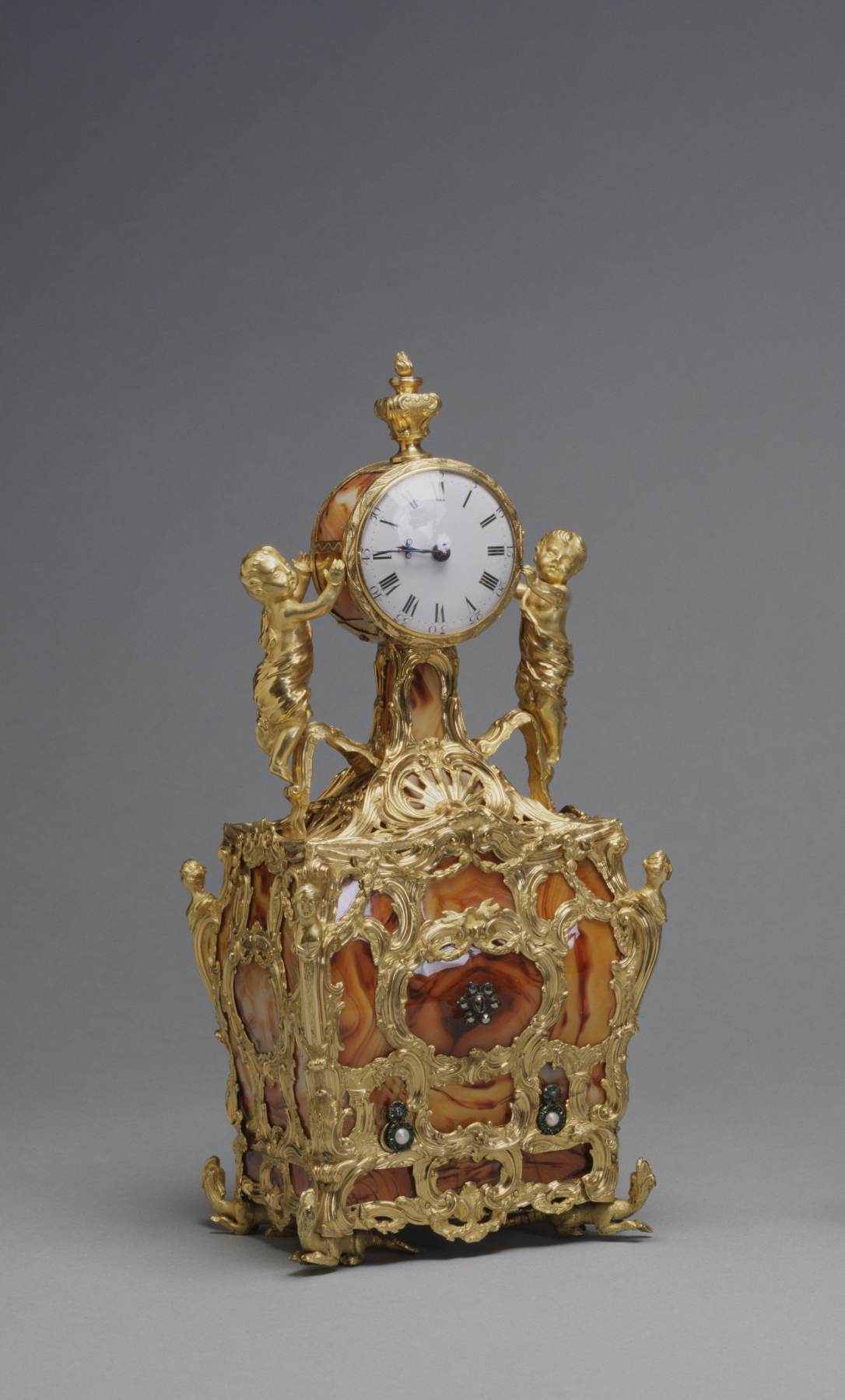 Agate panels framed by elaborate rococo cage-work form the body of this miniature cabinet, which contains a complex musical mechanism and supports a clock. Although the cabinet is unsigned, it is undoubtedly the work of the noted London goldsmith and entrepreneur James Cox, many of whose creations were destined for Eastern markets. The clock was made by James Hagger, probably at an earlier date. This particular example is said to have belonged to the dowager empress of Russia, Maria Feodorovna (1847-1928). Fabergé produced a copy of this clock in silver and nephrite, now in the collection of the Hillwood Museum and Gardens, Washington D.C.

The velvet-lined leather box for this clock, which the Walters also owns, shows that it was likely originally crowned by a jeweled finial that was later replaced with the small flame that now tops the piece.