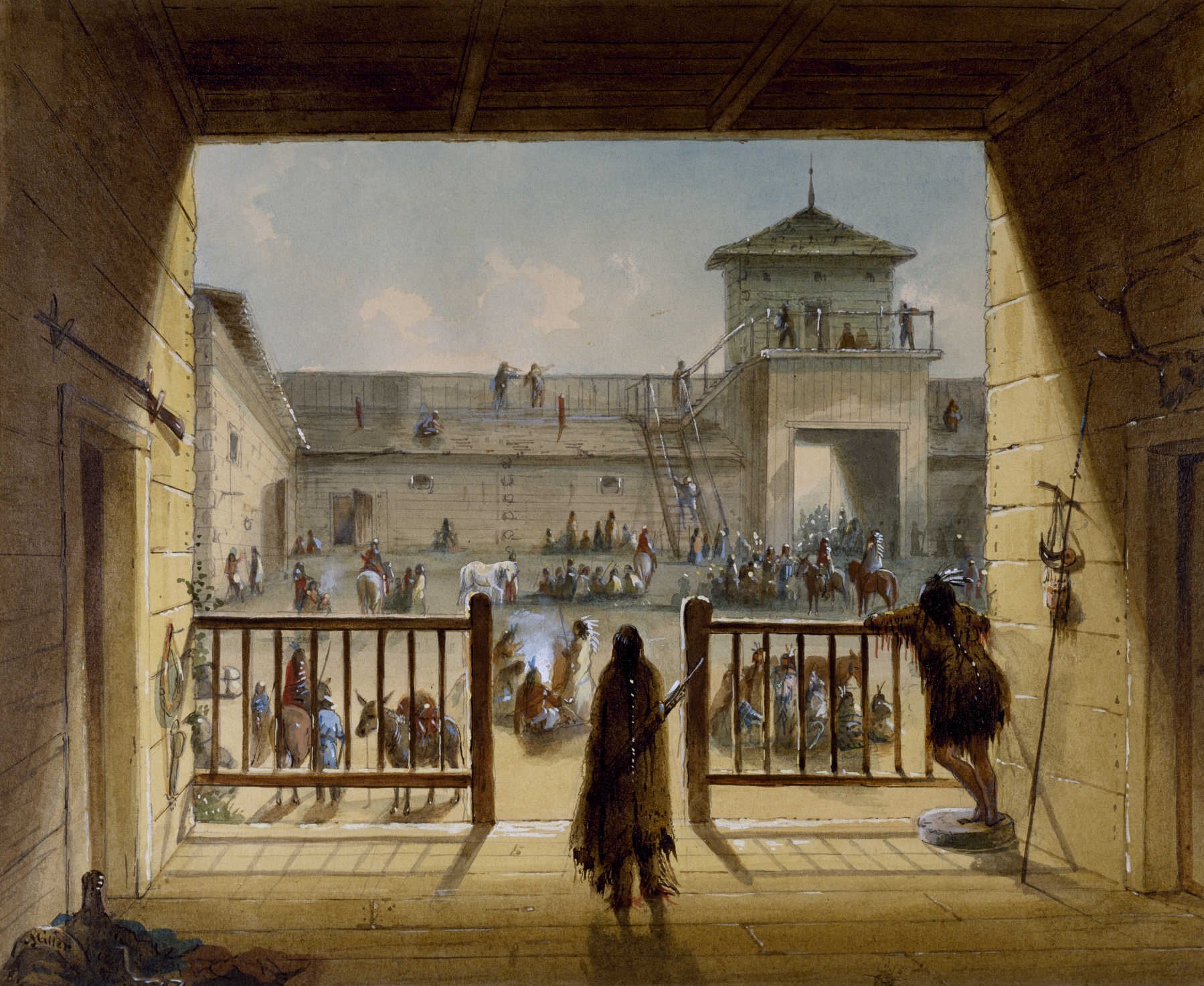 "This fort was built by Robert Campbell who named it Fort William in honor of his friend and partner Wm. Sublette. These gentlemen were the earliest pioneers after Messors Lewis and Clarke, and had many battles with the Indians."A.J. Miller, extracted from "The West of Alfred Jacob Miller" (1837).

In the spring of 1837, Miller accompanied the Scottish adventurer Captain William Drummond Stewart (died 1871) to the fur traders' rendezvous held that year on the Green River in western Wyoming. At these gatherings trappers and Indians sold their furs and replenished supplies for the following winter. Miller subsequently used the sketches drawn on the trail as the basis for oil paintings for Stewart's ancestral estate, Murthly Castle in Perthshire, Scotland. After returning to Baltimore in 1842, he continued to replicate his sketches in oils and watercolors for American clients. In this scene Miller has provided the only visual record of the first Fort Laramie, erected in 1834. Located in eastern Wyoming, the fort marked the beginning of what would later become the Oregon Trail, the route that was taken by settlers moving west.