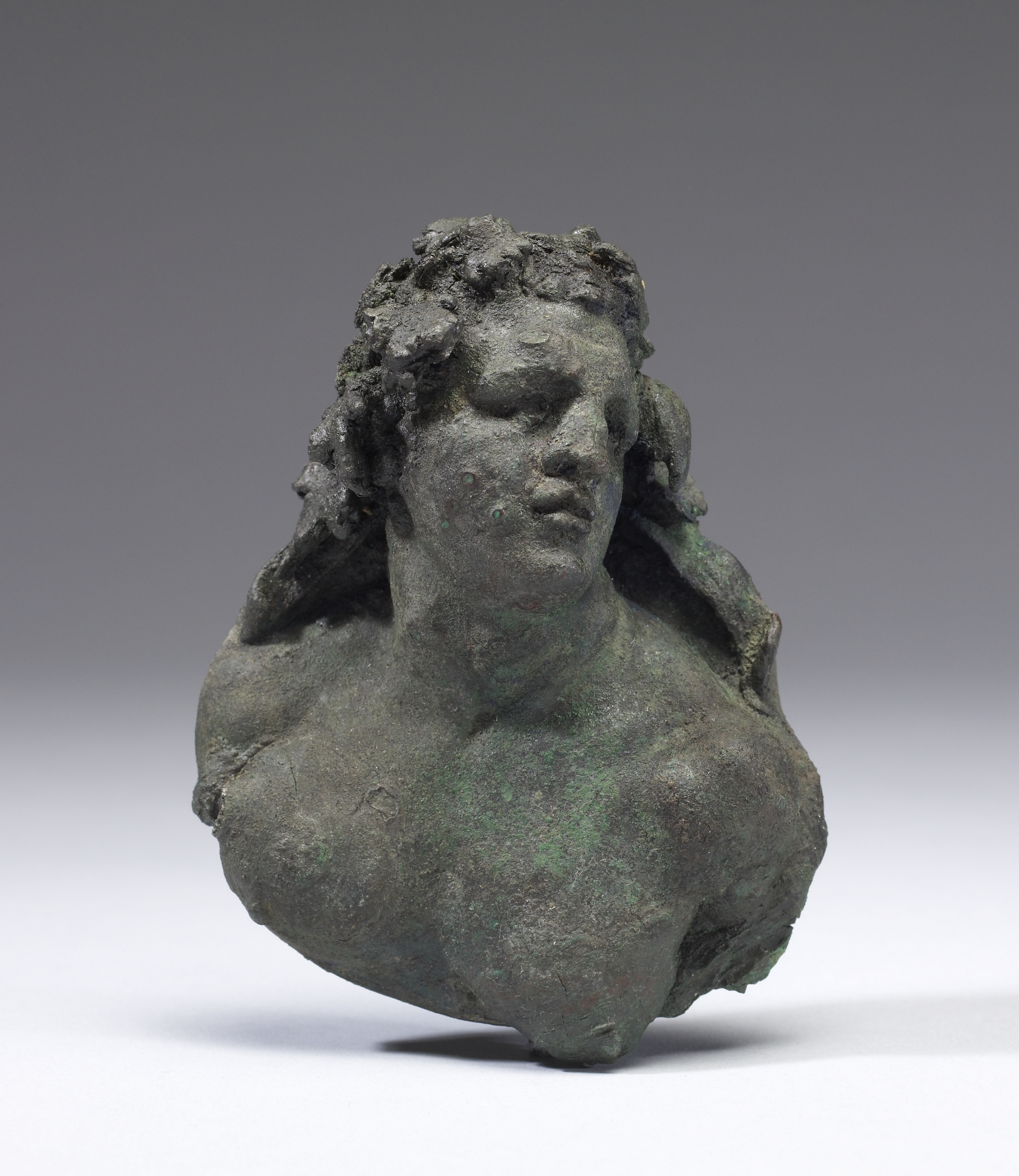 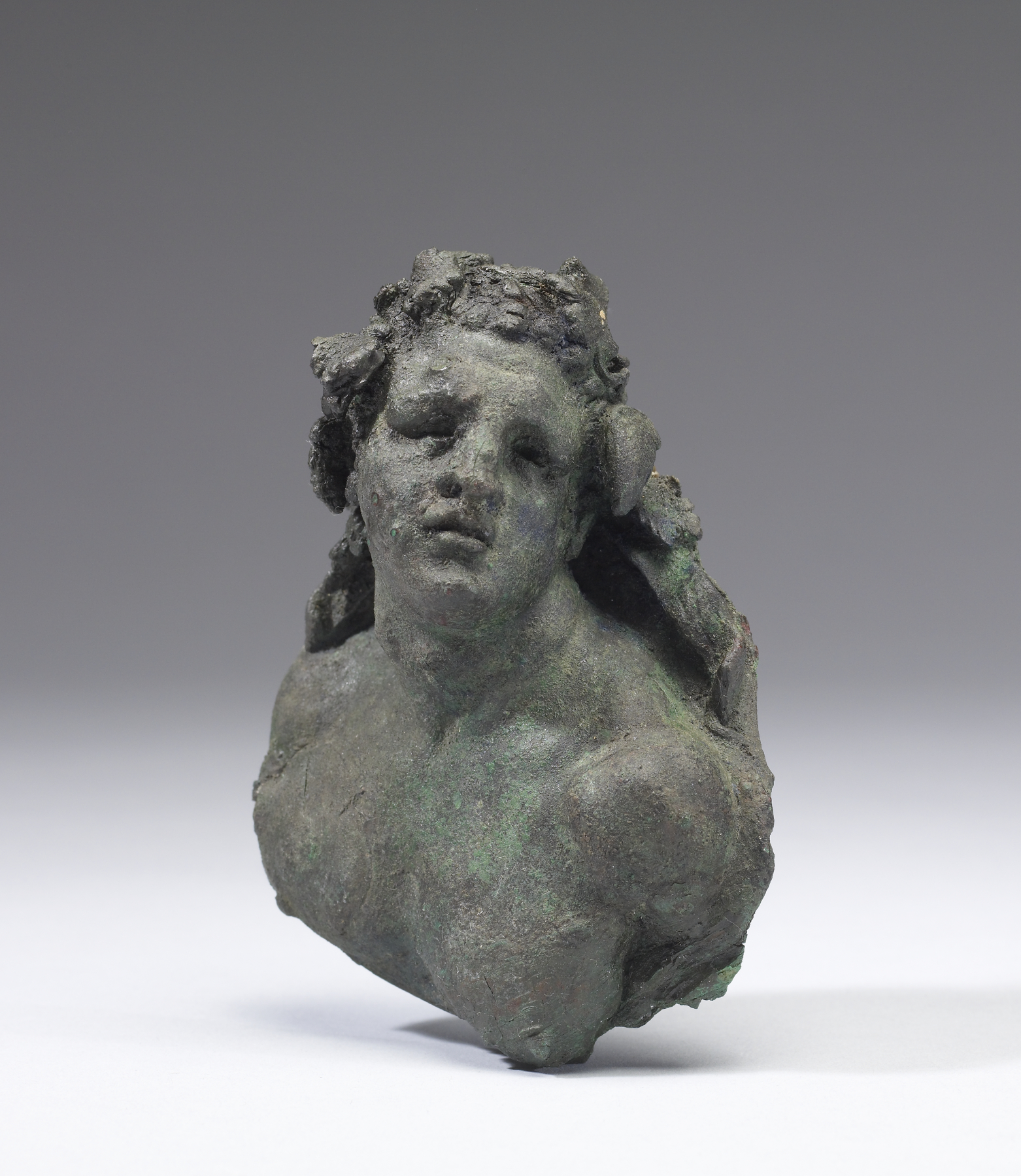 Appliqué of Ptolemy I as Dionysus

Ptolemy I (ca. 367-283 BCE) was a Macedonian general in Alexander the Great's army and the founder of the Ptolemaic dynasty in Egypt. This relief probably decorated the curved armrest of a bed or other piece of furniture. Ptolemaic rulers were viewed as divine by their Egyptian subjects. They often chose to portray themselves to their Greek subjects in the guise of figures from Greek mythology, such as the Greek wine-god, Dionysus.