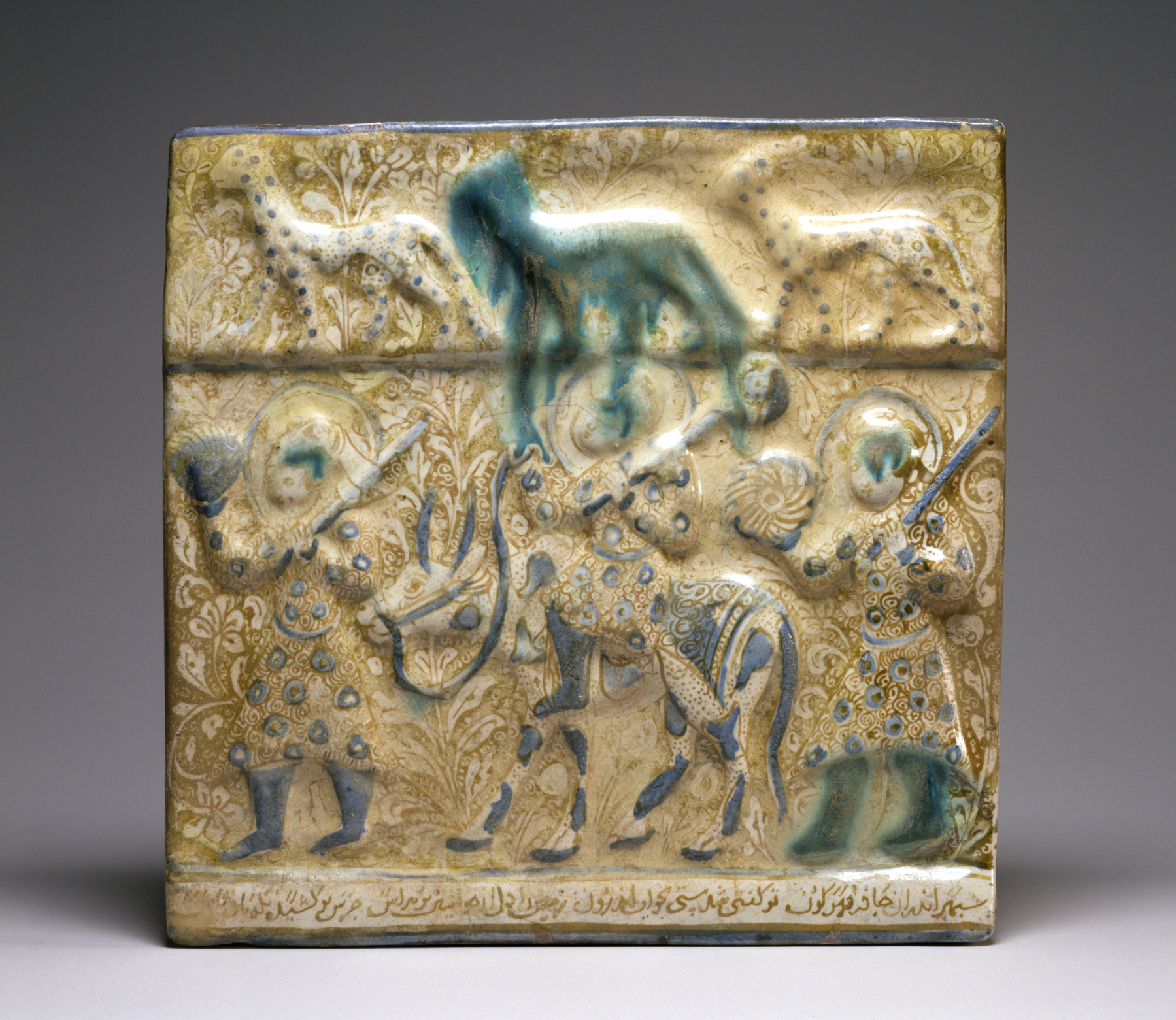 Tile with Figures and Animals

The central figure on this Kashan ware tile represents Faridun, a legendary Iranian king whose brave feats are extolled in the Shahnama, as he rides his favorite mount, a cow named Birmaya, while holding an ox-headed mace. The writing that runs underneath Faridun and his two attendants comes from a different section of the Shahnama, suggesting that the artist who decorated this tile was not necessarily concerned with maintaining a close correlation between image and text.