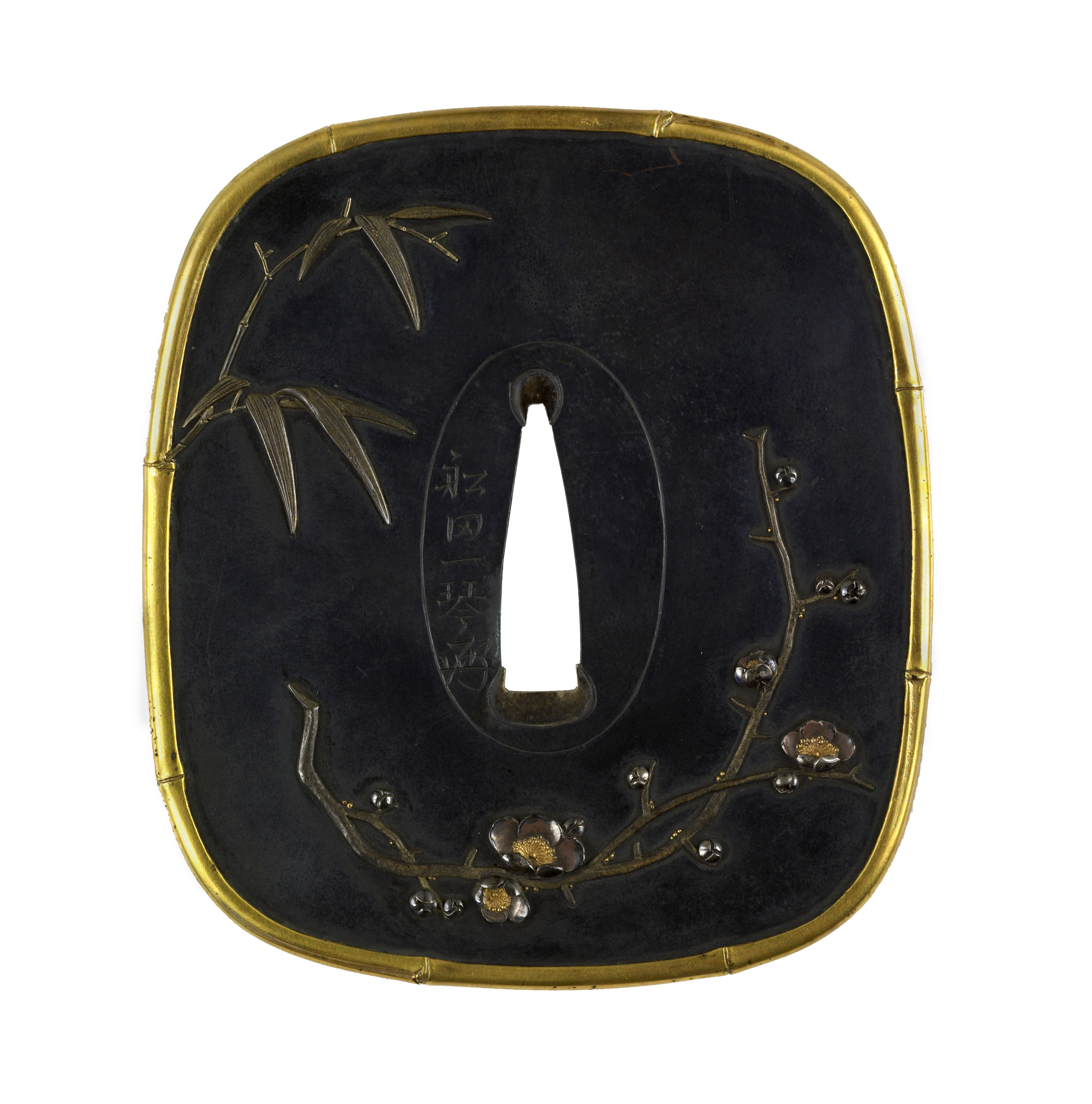 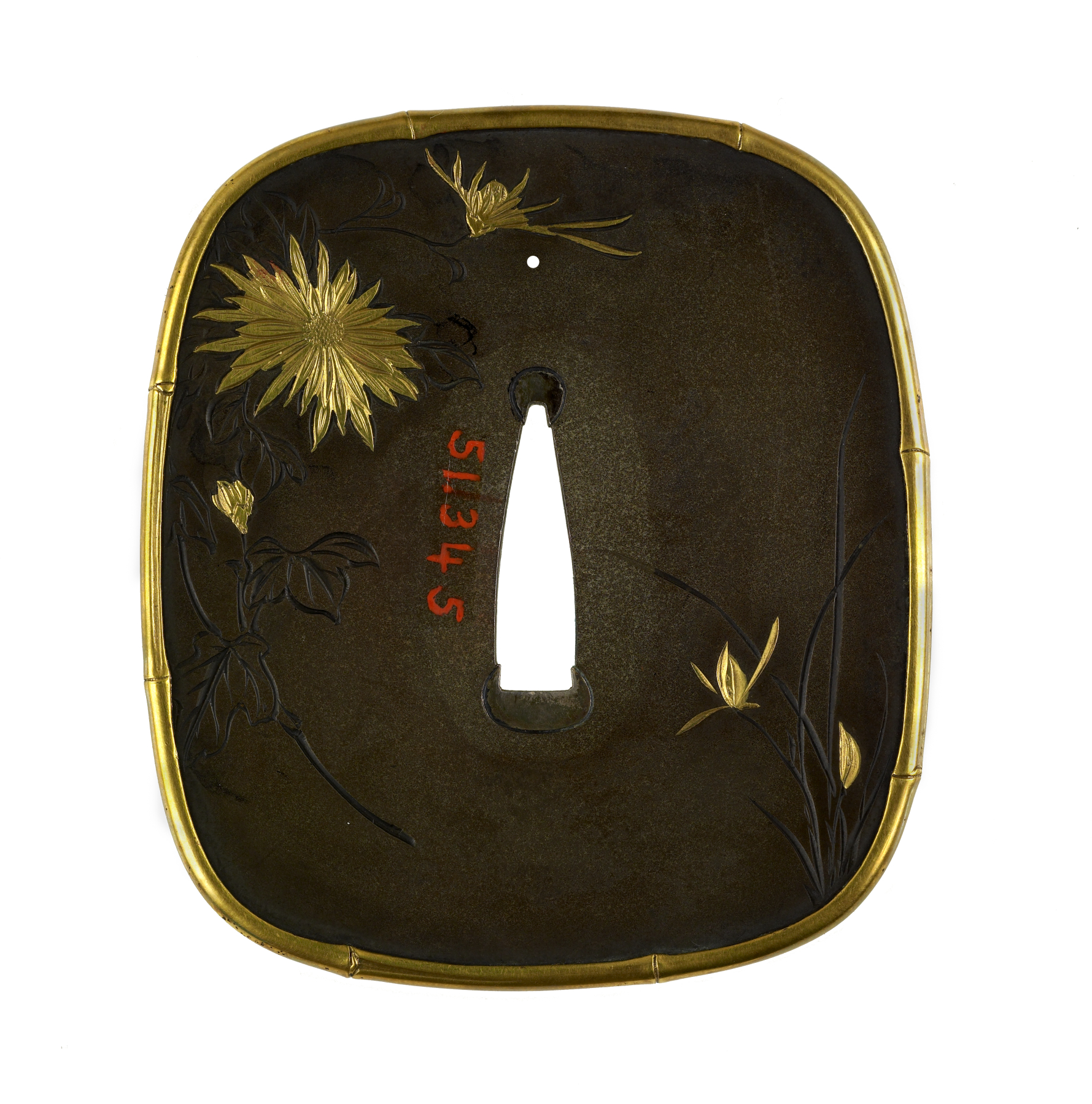 Tsuba with the Four Gentlemen: Orchid, Bamboo, Plum, and Chrysanthemum

The four flowers depicted on this tsuba are known as the Four Gentlemen. The theme came to Japan from China. Each flower represents a different season. On the front, bamboo represents summer and plum represents winter. On the reverse, chrysanthemums and orchids represent autumn and spring respectively. This tsuba is signed Funada Ikkin, but may be the work of a later follower.