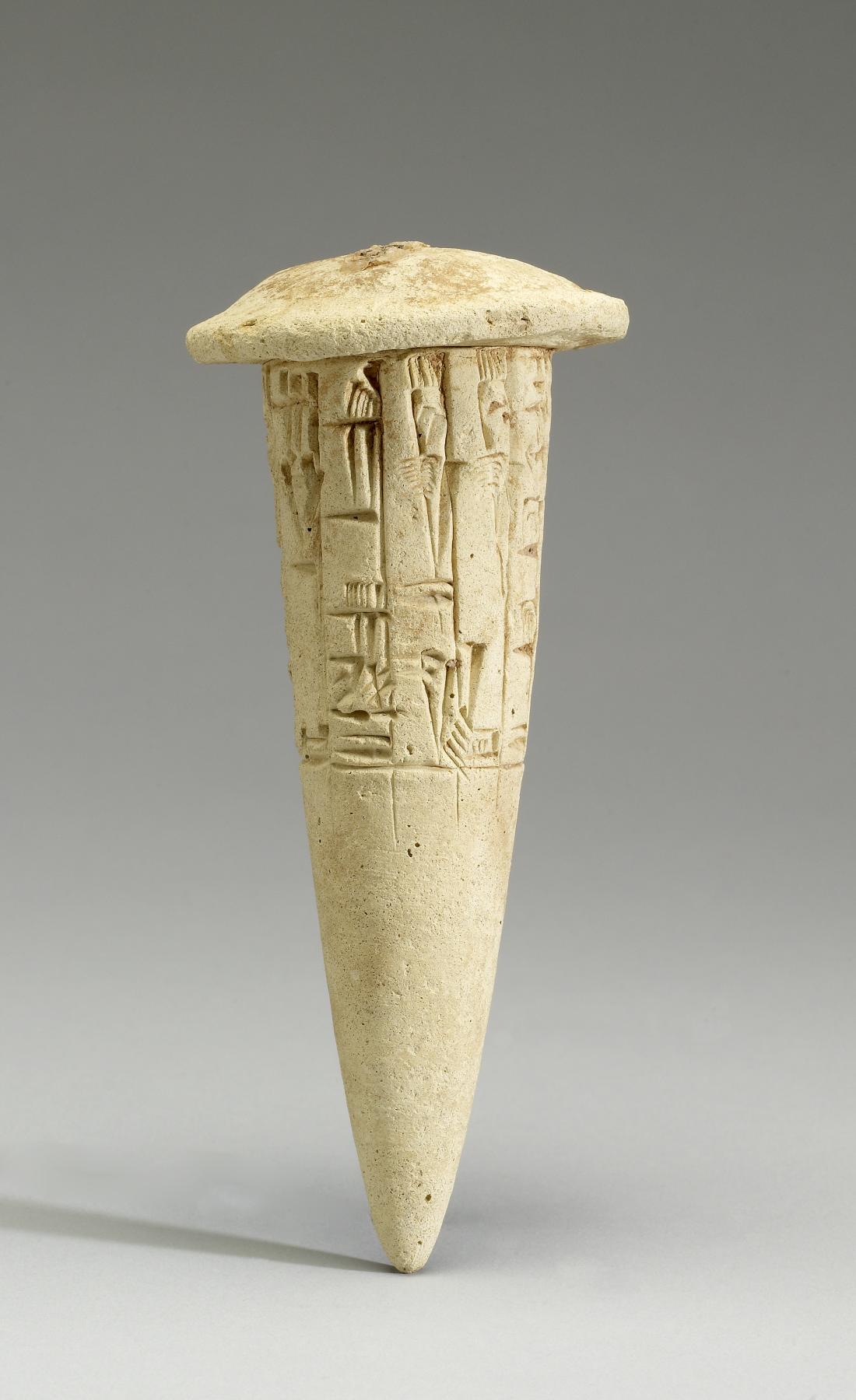 The deeply impressed cuneiform characters, which are well-spaced in the horizontal registers on the shaft of this votive nail, record in Sumerian the building of a temple in Girsu (modern Tell Telloh) for Nindara, a deity local to Lagash, by Gudea, ensi of Lagash. Girsu was an important religious and civic center in the 3rd millennium BCE. Gudea ruled over the city-state of Lagash (in southern Iraq) in the second half of the 22nd century BCE (ca. 2144-2124 BCE). Over one hundred examples of this text are known, appearing on clay nails as well as bricks.