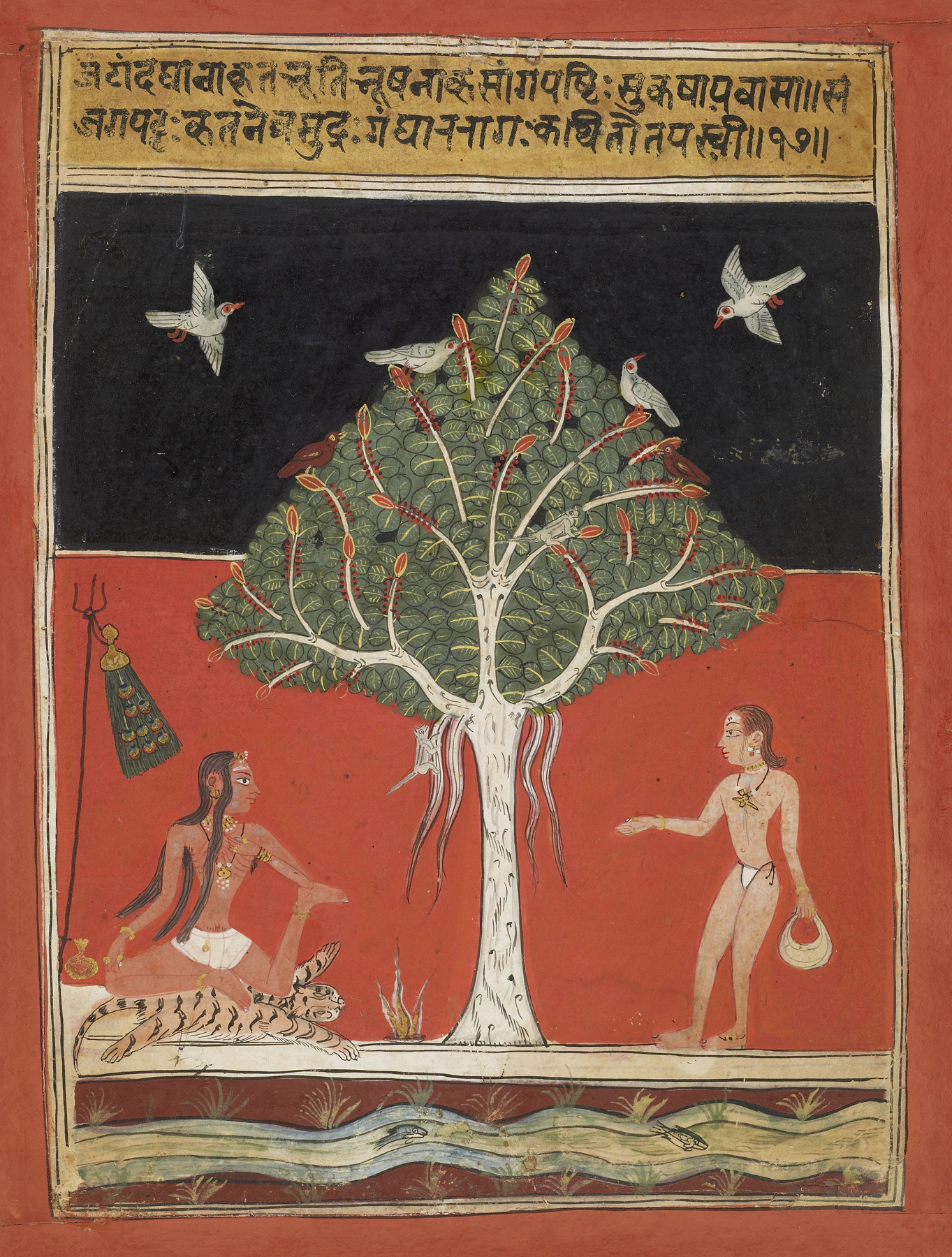 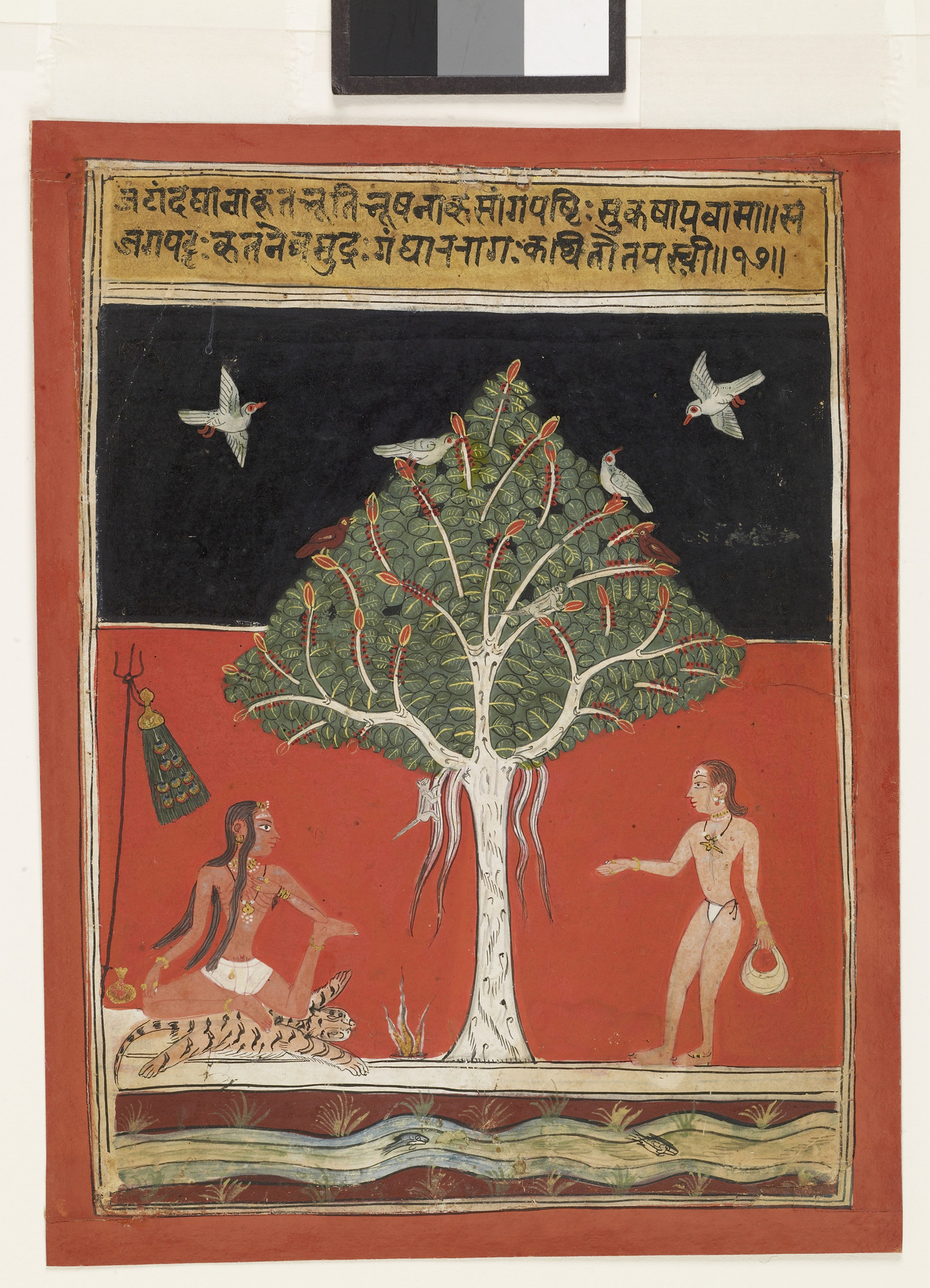 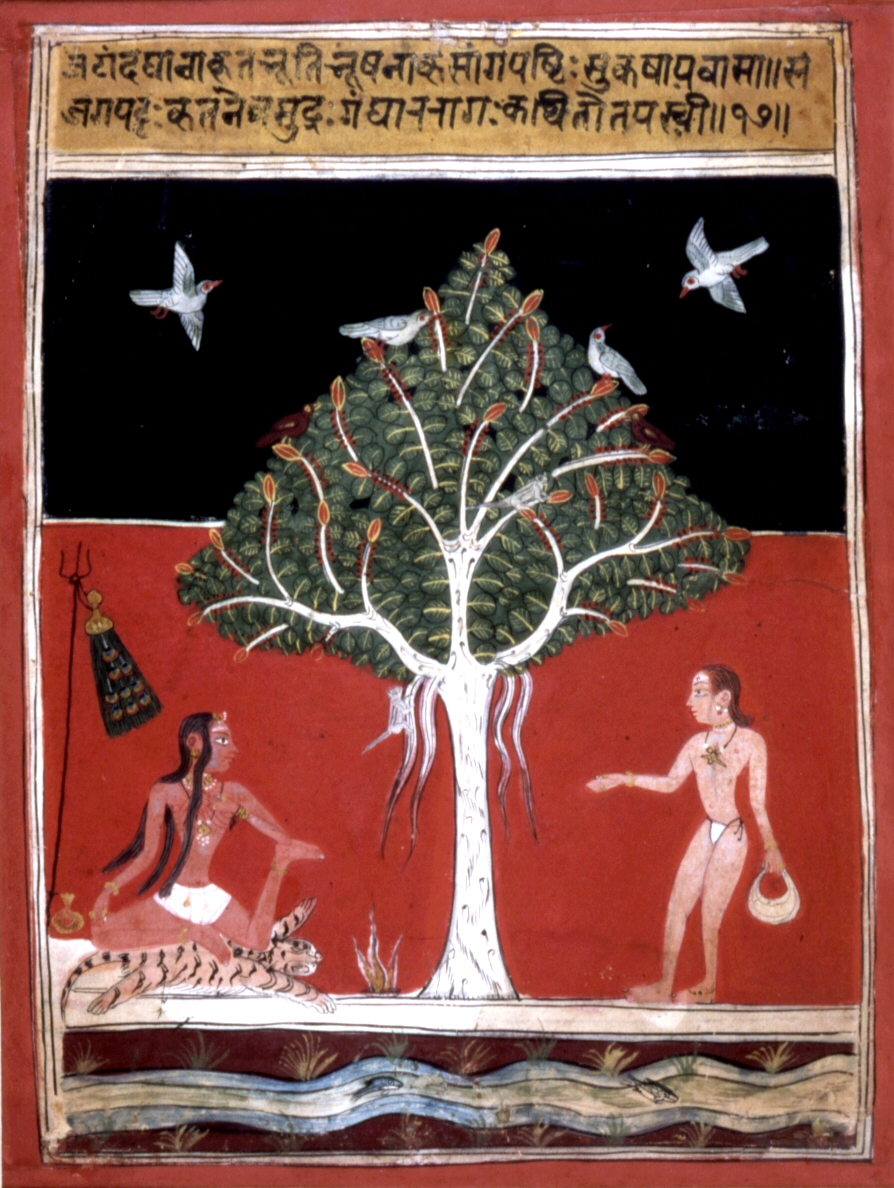 A gaunt ascetic with protruding ribs sits on a tiger skin as a disciple carrying a pouch approaches. With legs contorted into a complex posture, the seated yogi has engaged in such prolonged physical discipline as to appear androgynous. The jewelry adorning the emaciated body, however, identifies the figure as female. With loose hair that grows unchecked, she has removed herself from mainstream society in order to build yogic power through her austere practices. A fire burns before her; behind her, at the base of the trident holding a peacock-feather fan, a pot contains ashes, which she smears on her forehead to mark herself as a devotee of the god Shiva. In stark contrast to the ascetic woman's withered body, the river and tree near which she sits brim with life.

This painting belongs to a genre known as "Ragamala" (“Garland of Ragas”), a series of poetic verses evoking the moods of specific musical modes, called "ragas" and "raginis." The text at the top of the folio identifies the subject as the masculine "Raga Gandhara," though usually the "Gandhara" mode (also known as "Devagandhara," "Gandhari," and other variants of the name) is identified as a feminine "ragini." Poets typically describe the mode as a woman whose distressed longing for her absent lover has left her emaciated like an ascetic. Sometimes the woman is said to engage in ascetic practices in order to please the gods and bring about her lover’s return. The jewelry the woman wears in this painting reminds us of her former wealth and beauty.