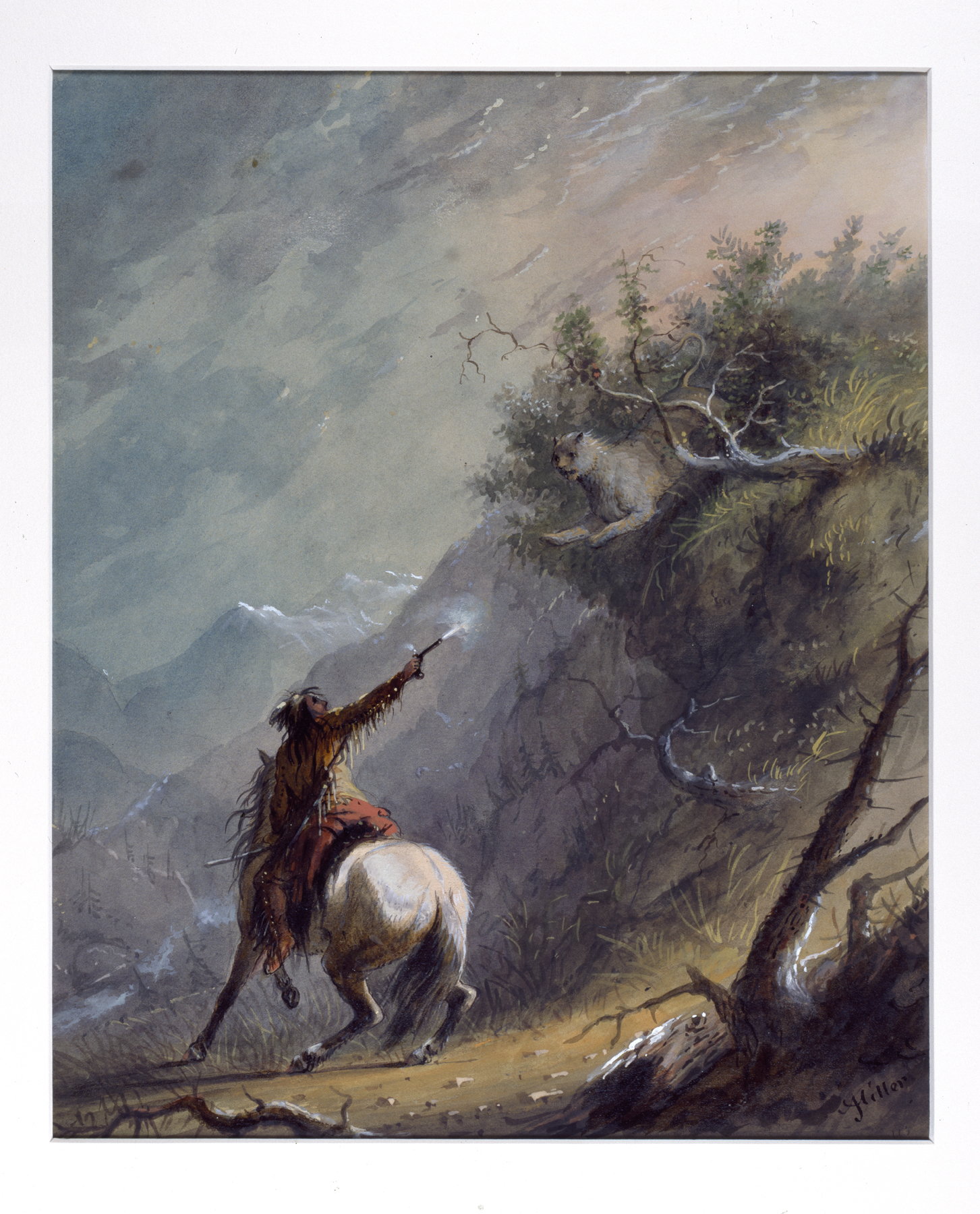 "It is a lucky circumstance for Trappers and adventurers in the mountains that this animal [the Cougar] is somewhat rare. He is of the genus feline and as treacherous as he is graceful in his movements. His favorite mode of attack is to lie hidden in the branches of a tree, or amidst some bushes on a over-hanging rock, - pouncing on his prey at a single bound as it passes underneath, or near enough to his place of concealment. ... The sketch will convey an idea of the Cougar's stealthy atttack, an the reception he meets from a self-possessed and wily mountaineer." A.J. Miller, extracted from "The West of Alfred Jacob Miller" (1837).