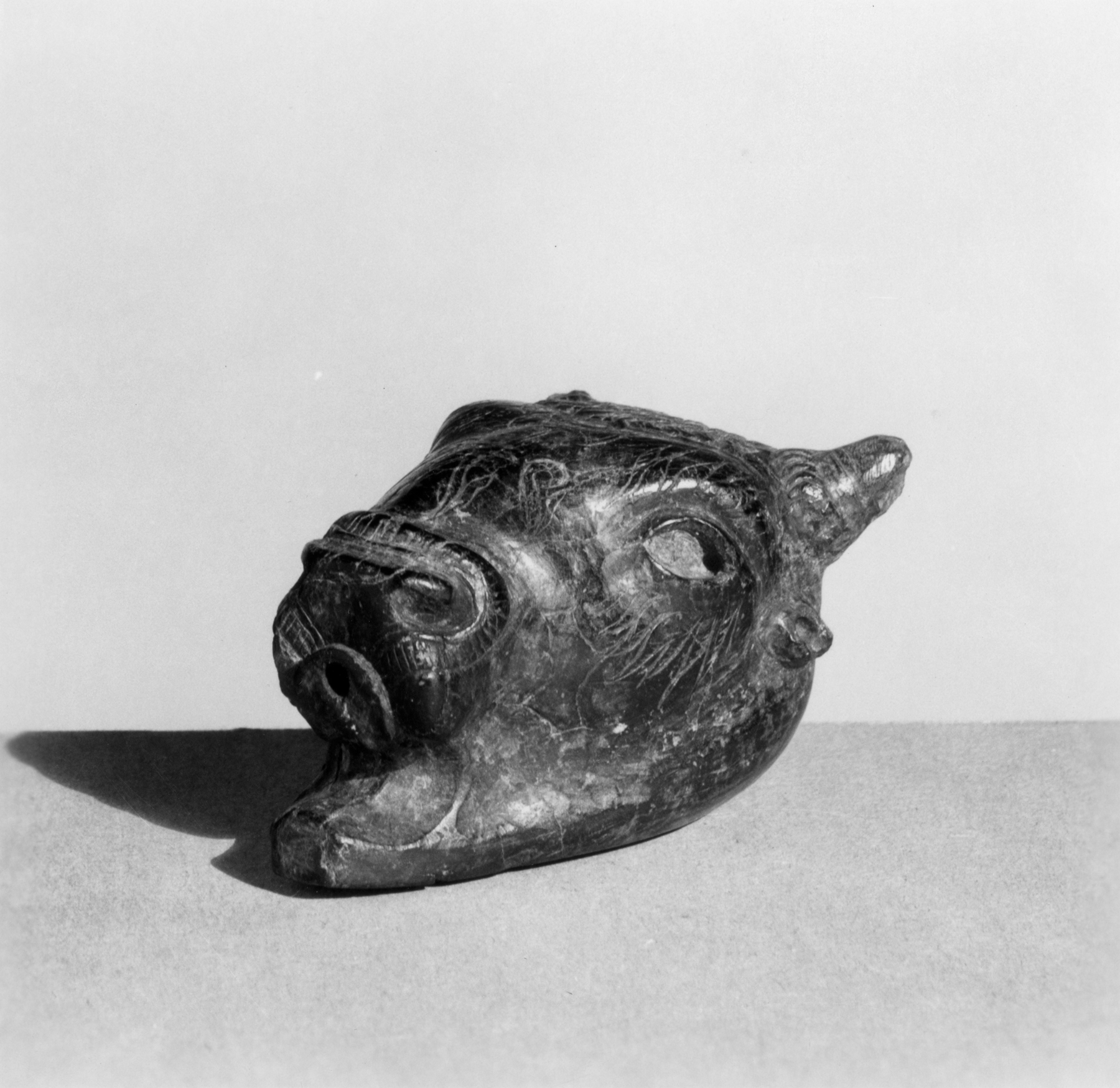 Rhyton in the Form of a Bull's Head

This small steatite vessel is carved in the form of a bull’s head, with modeled and incised details, including a double axe on the brow. Other materials would have been used to create the horns and the inlay of the deeply carved eyes. The back of the neck has been carved smooth and is cracked; there is a chip missing from the proper right side of the muzzle. Liquid would be poured into the circular opening at the top of the head and then would have dripped out of the small hole at the muzzle, perhaps indicating that this object was intended to be used to make ritual libations. Other examples of stone bull’s head vessels are hollowed out, in addition to the hole at the top of the head and mouth, but this piece is solid, with the exception of the conical section drilled out from the top to the muzzle. The size, method of manufacture, and condition of this piece raise questions about its authenticity.