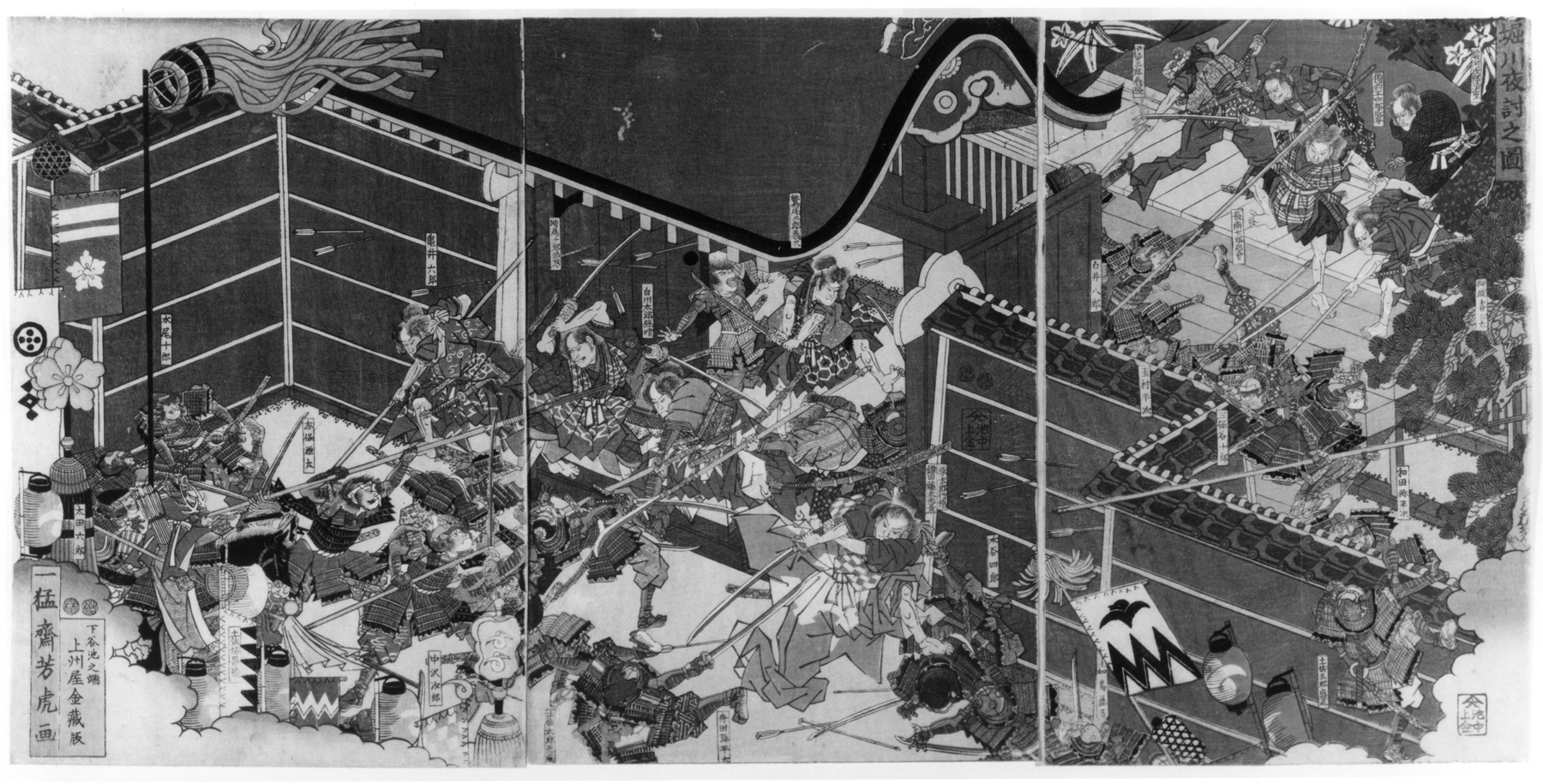 An irregular group of foot soldiers-shown wearing armor-attacks a palace in Kyoto, in an effort to seize the Genji leader Yoshitsune. After the final victory of Genji forces in 1185, the Genji commander Yoritomo has become mistakenly convinced that his younger brother Yoshitsune is guilty of treachery. Yoshitsune escaped this attack, but ultimately, four years later, he took his own life.