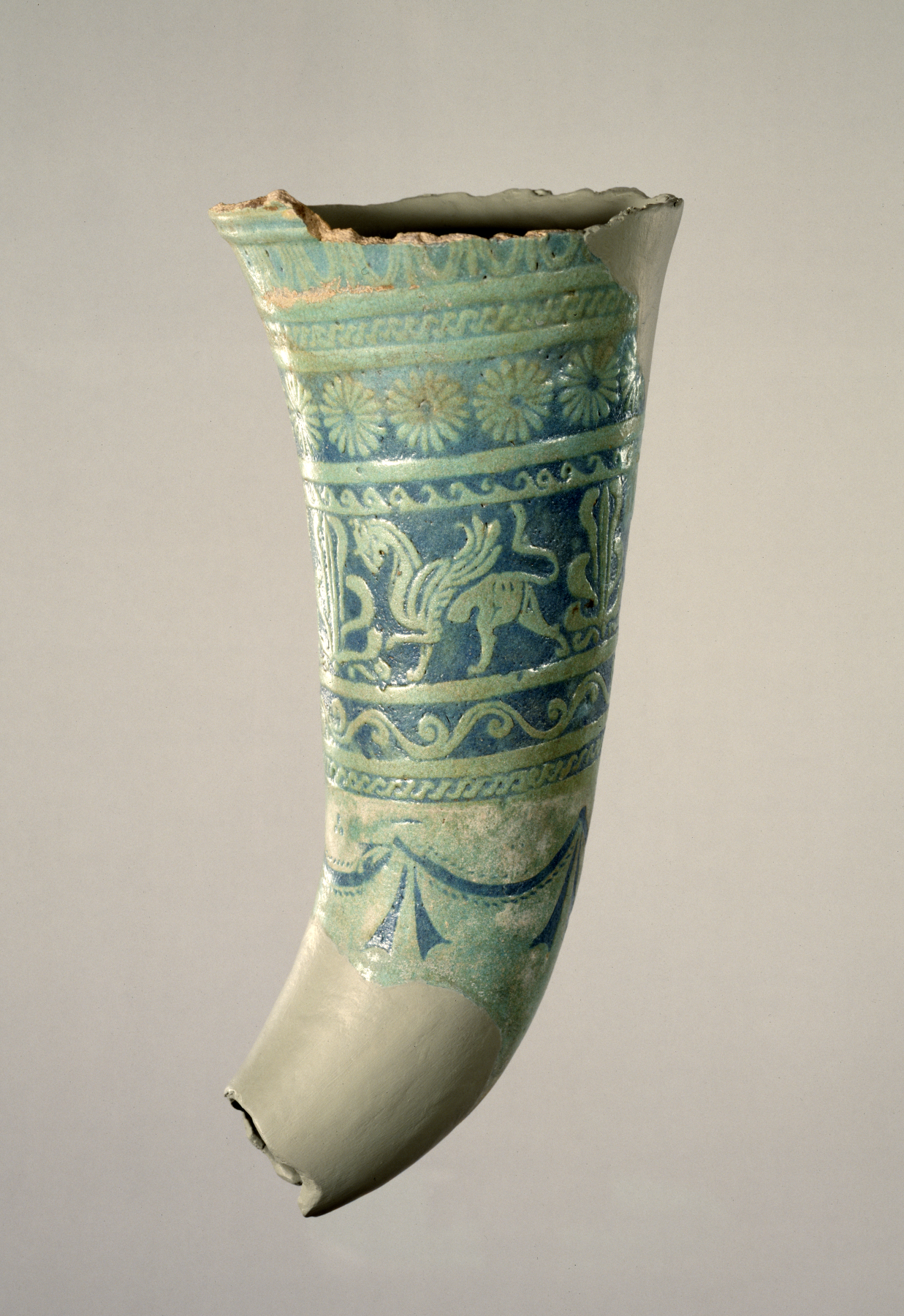 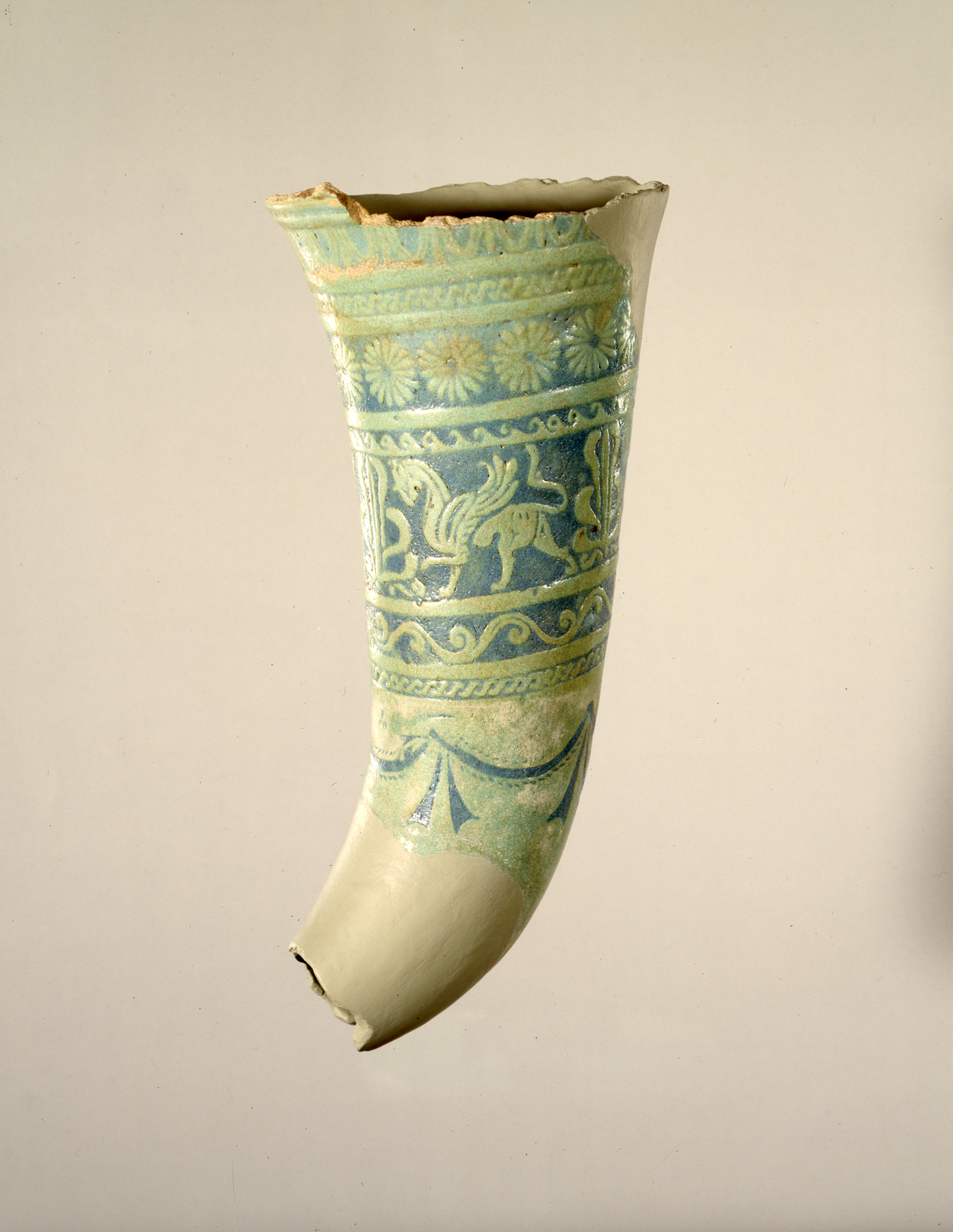 During the 26th Dynasty, the Greeks established merchant colonies in Egypt. Faience workshops in these towns produced goods for the local population, as well as products in an Egyptian style for export. The "rhyton," or drinking vessel, takes inspiration from Near Eastern models.