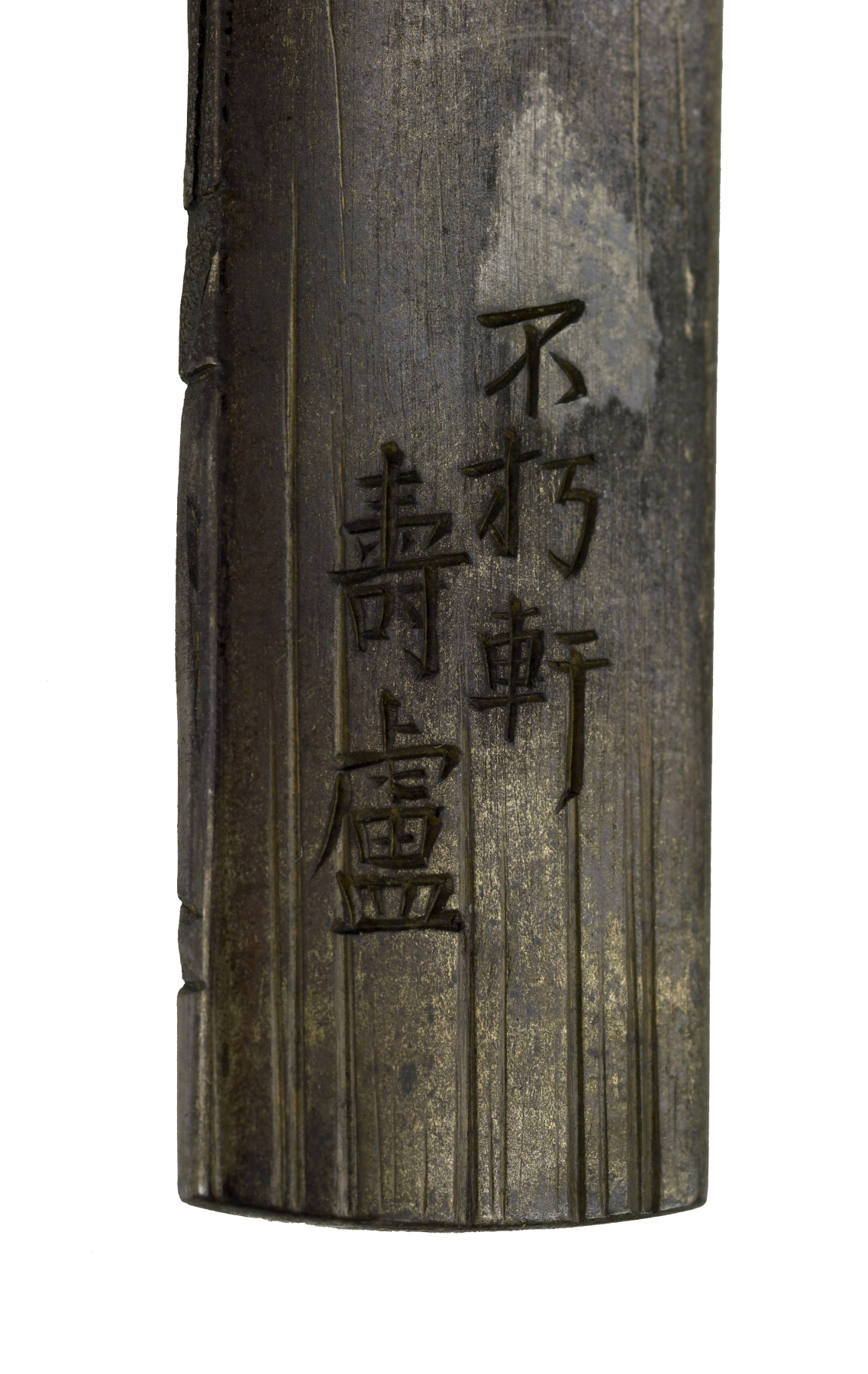 Kozuka with the Servant from the Play "Suehirogari"

In this scene from a comic play ("waki-kyogen"), a servant is dancing while holding an umbrella over his head. There are silver stripes on his robe and he wears gold socks ("tabi"). This dance occurs at the end of the play "Suehirogari," in which a master and his servant are preparing for New Year's. The play is considered felicious and was often performed at happy occasions, such as wedding celebrations, as well as at New Year's. The artist signed the kozuka on the reverse.