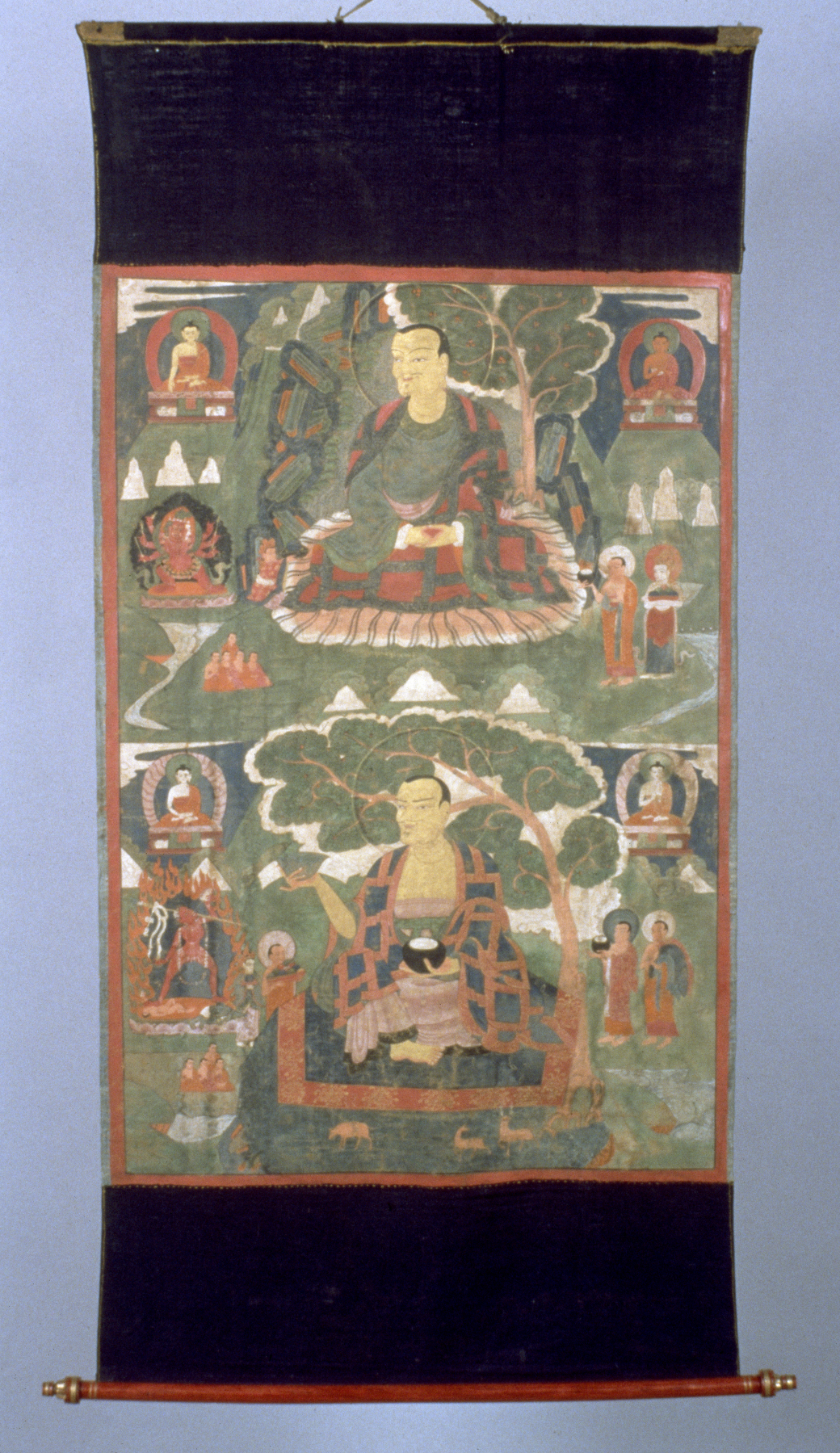 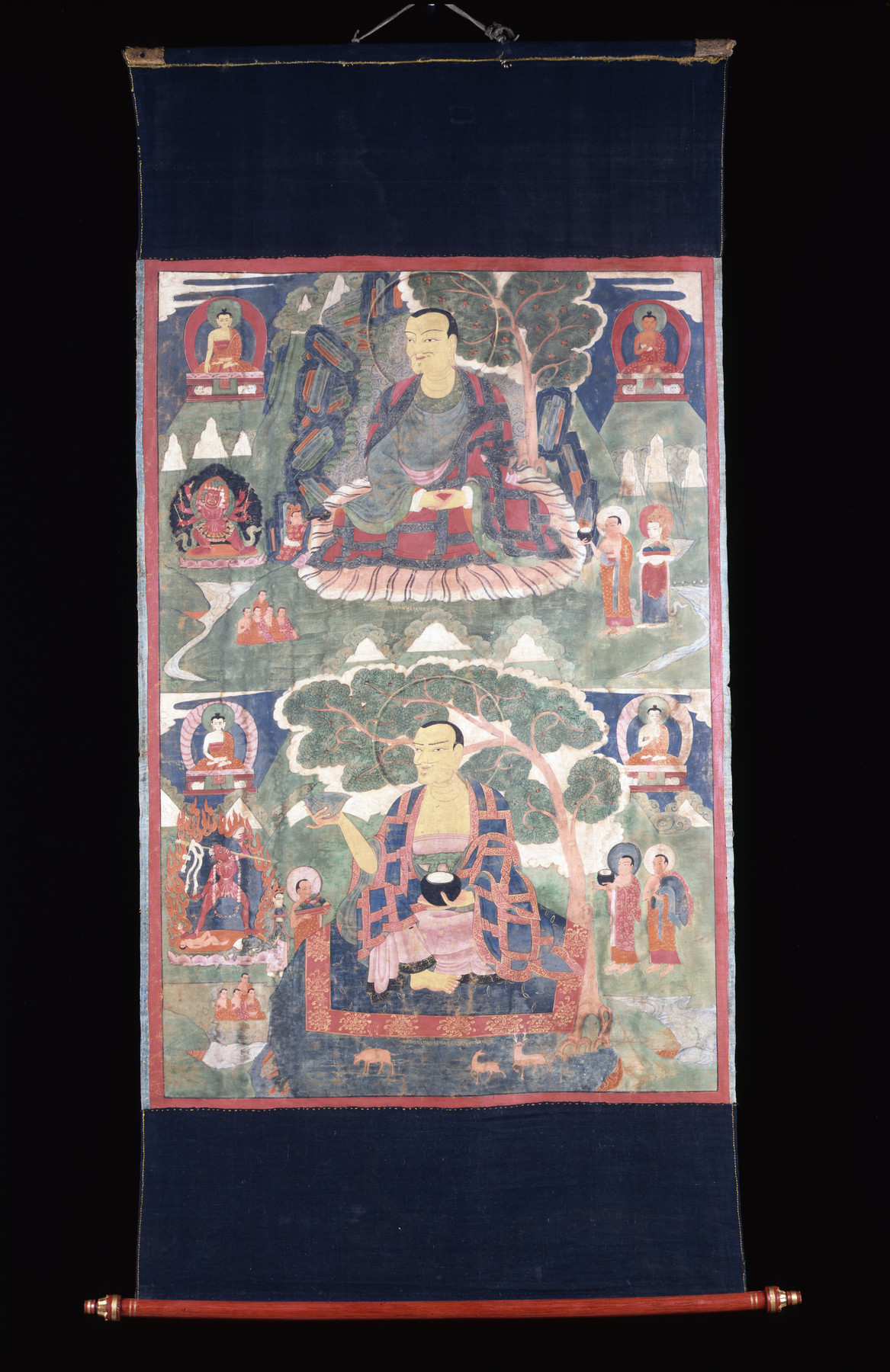 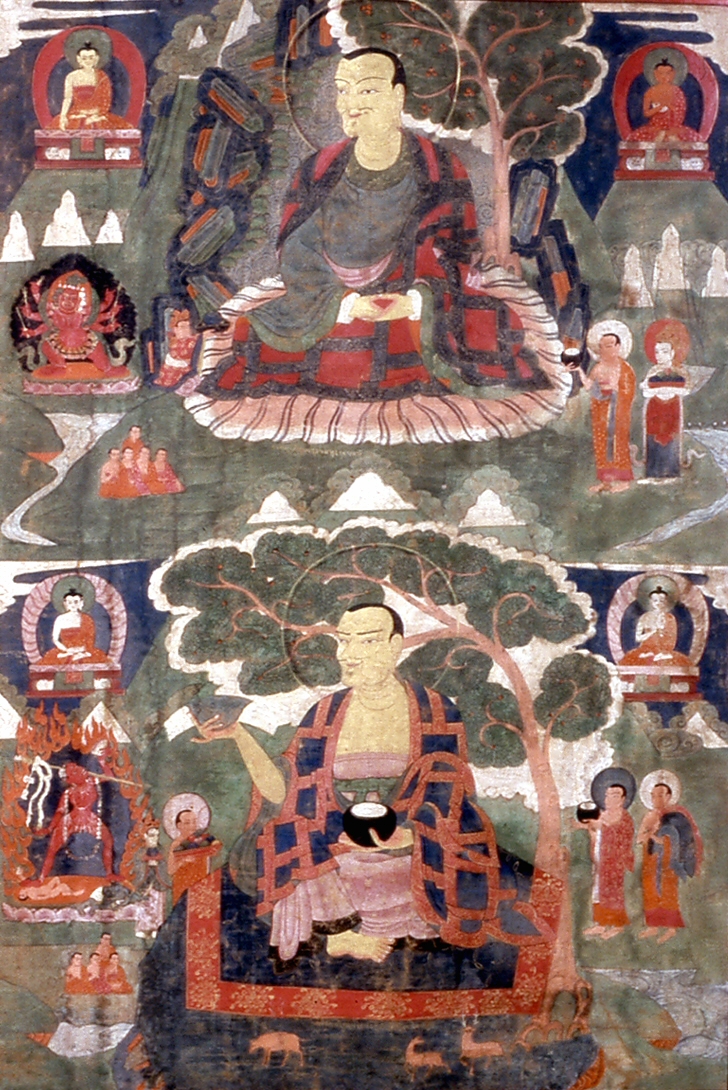 Arhats in a Landscape

This painting features two "arhats": "worthy ones" who have reached enlightenment by following the Buddha’s teachings, and who will not be reborn. It was probably part of a set depicting the sixteen arhats directly associated with Shakyamuni Buddha. These arhats are identified by small inscriptions: The upper figure is Chudapanthaka; the rocks surrounding him suggest a cave setting. The lower figure is Pindola Bharadvaja, who holds an alms bowl in his left hand. Both arhats are accompanied by Buddhas and visiting monks. The wrathful meditational deities associated with each—Hayagriva above and Vajrayogini (in the form of Naro Dakini) below—are specific to the tantric schools of Buddhism that prevail in Tibet and throughout the Himalayas.