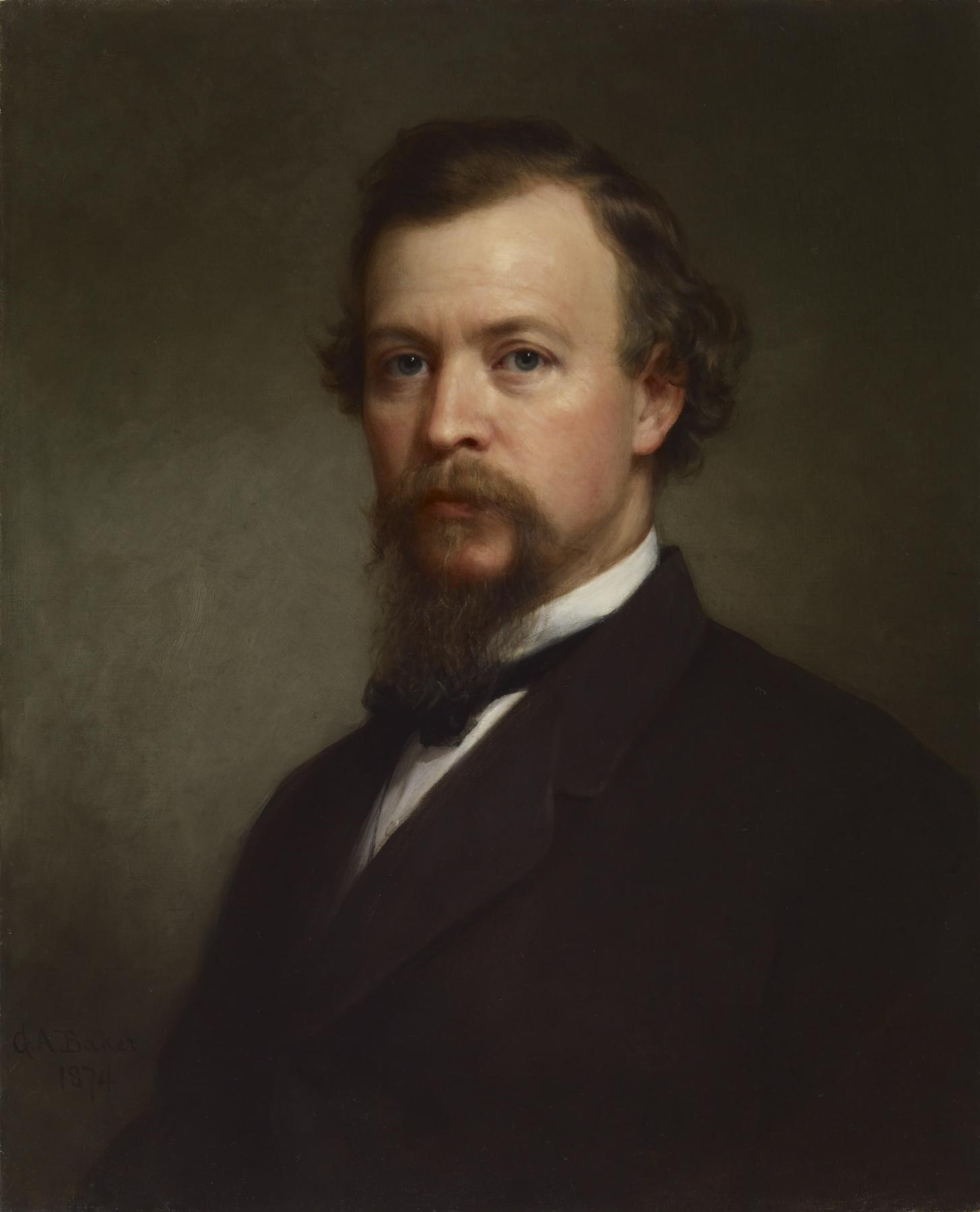 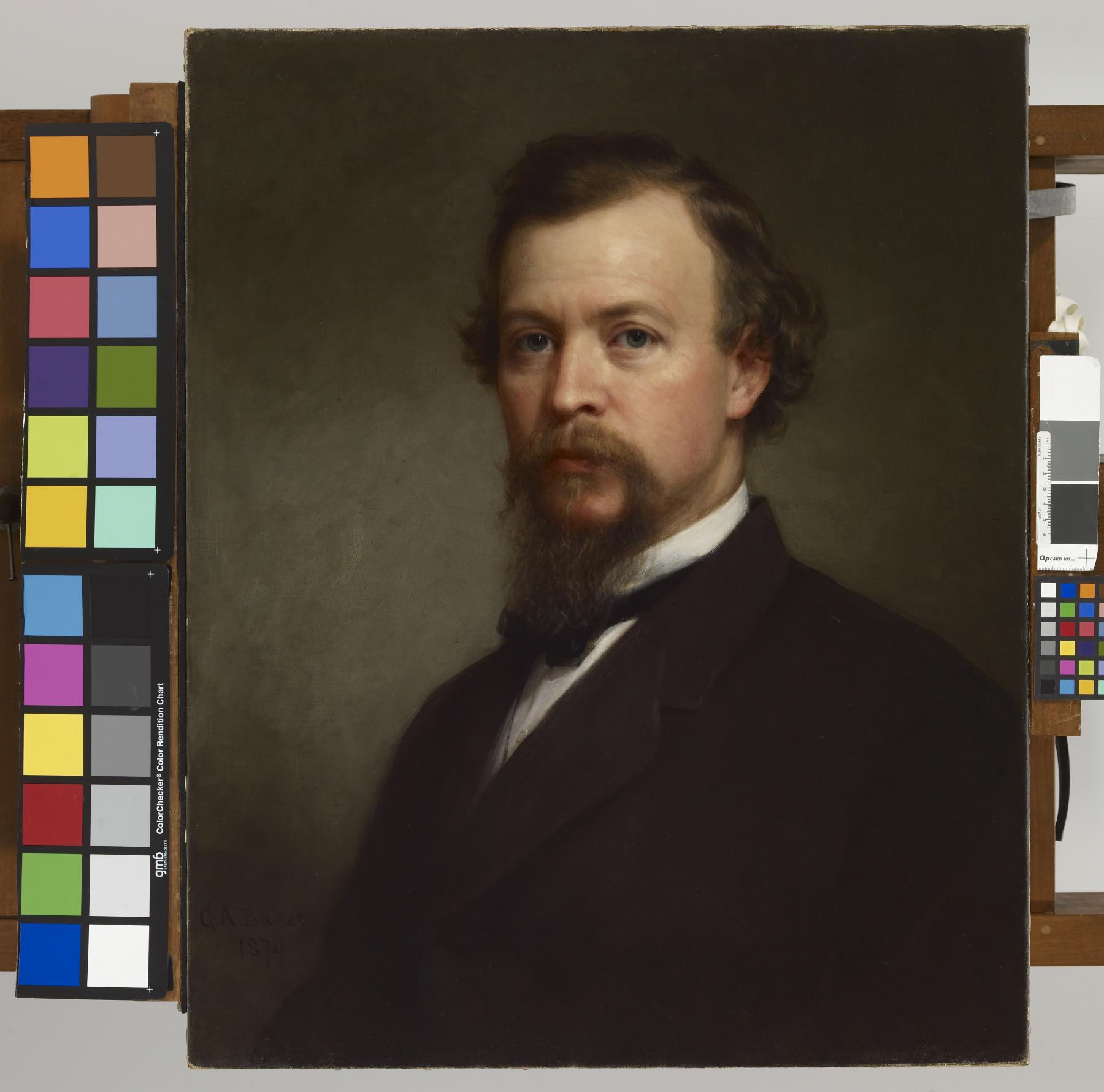 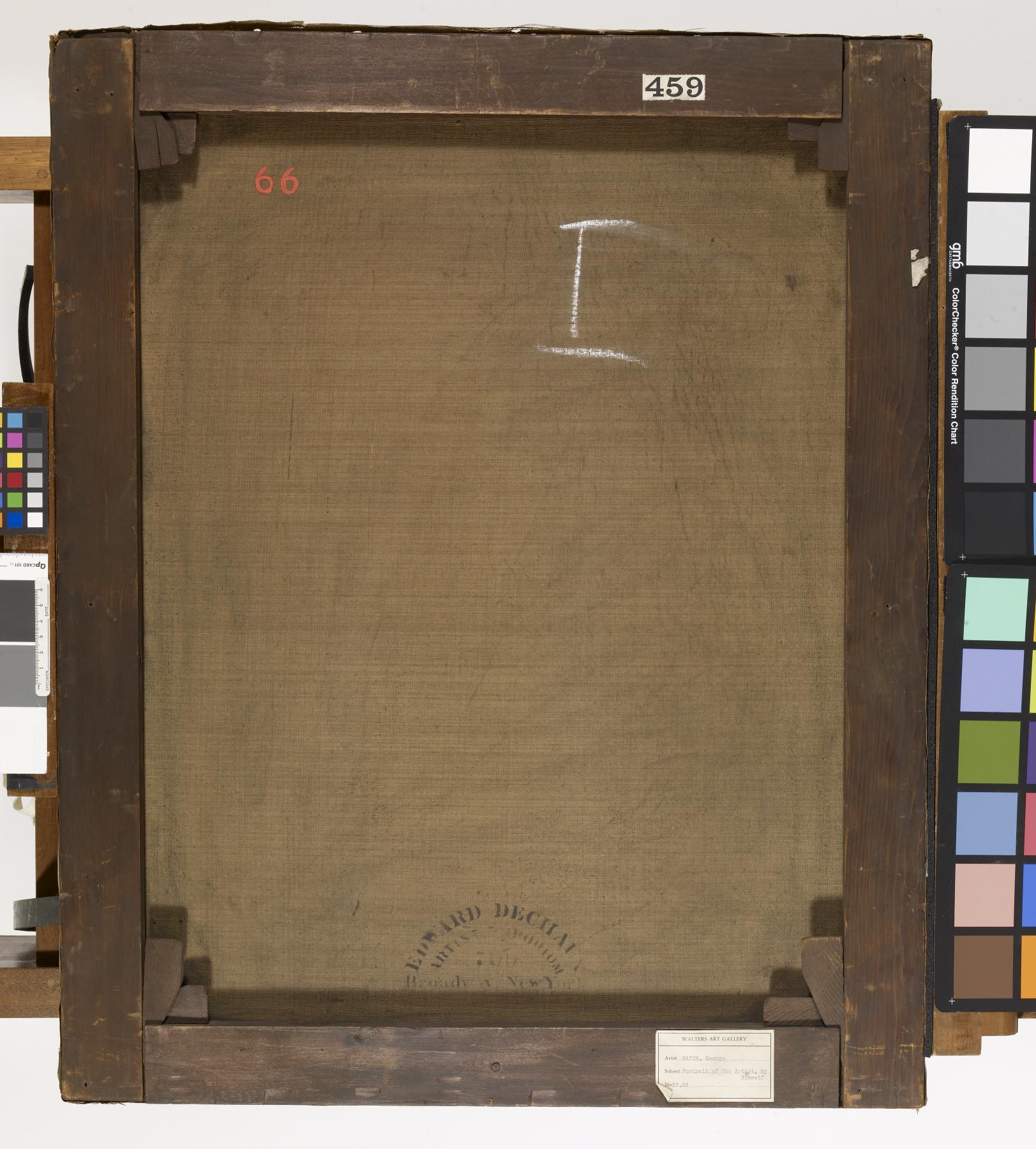 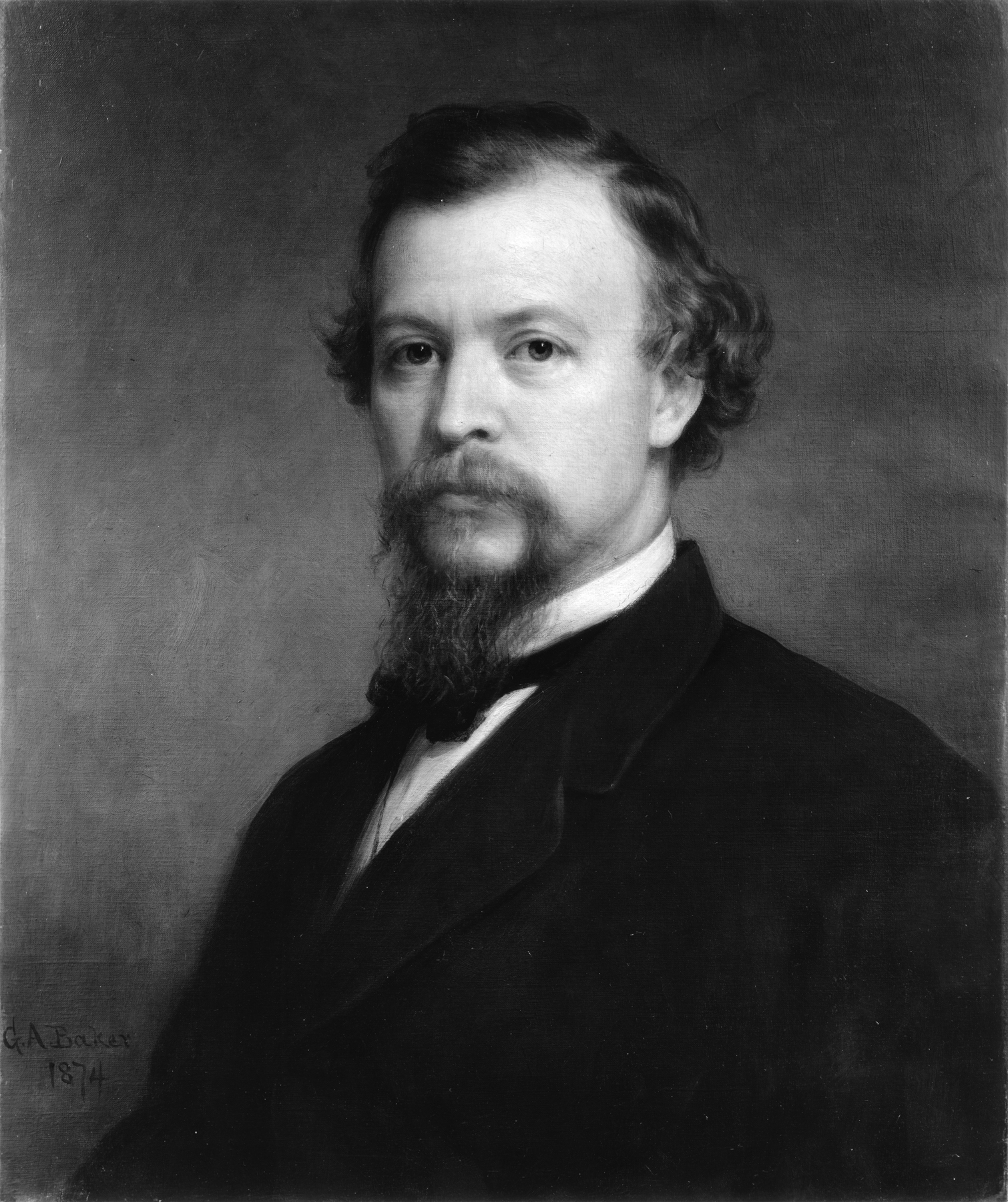 Portrait of the Artist

The son of a miniaturist, Baker spent almost his whole life in New York City, except for a trip to Italy in around 1846. He studied at the National Academy of Design. He was one of the most sought after portraitists of his time, but also painted ideal pieces, such as "Love at First Sight," and "The May Queen" (present location unknown). The Walters Art Museum owns 8 works by this artist; his works can also be found at the Brooklyn Museum of Art.

This self-portrait of the artist was acquired by William T. Walters during the artist's lifetime, and he seems to have found favor with the collector. He also portrayed Mrs. Ellen Harper Walters, William's wife, and their daughter, Jennie (see WAM 37.2637 and WAM 37.1207).