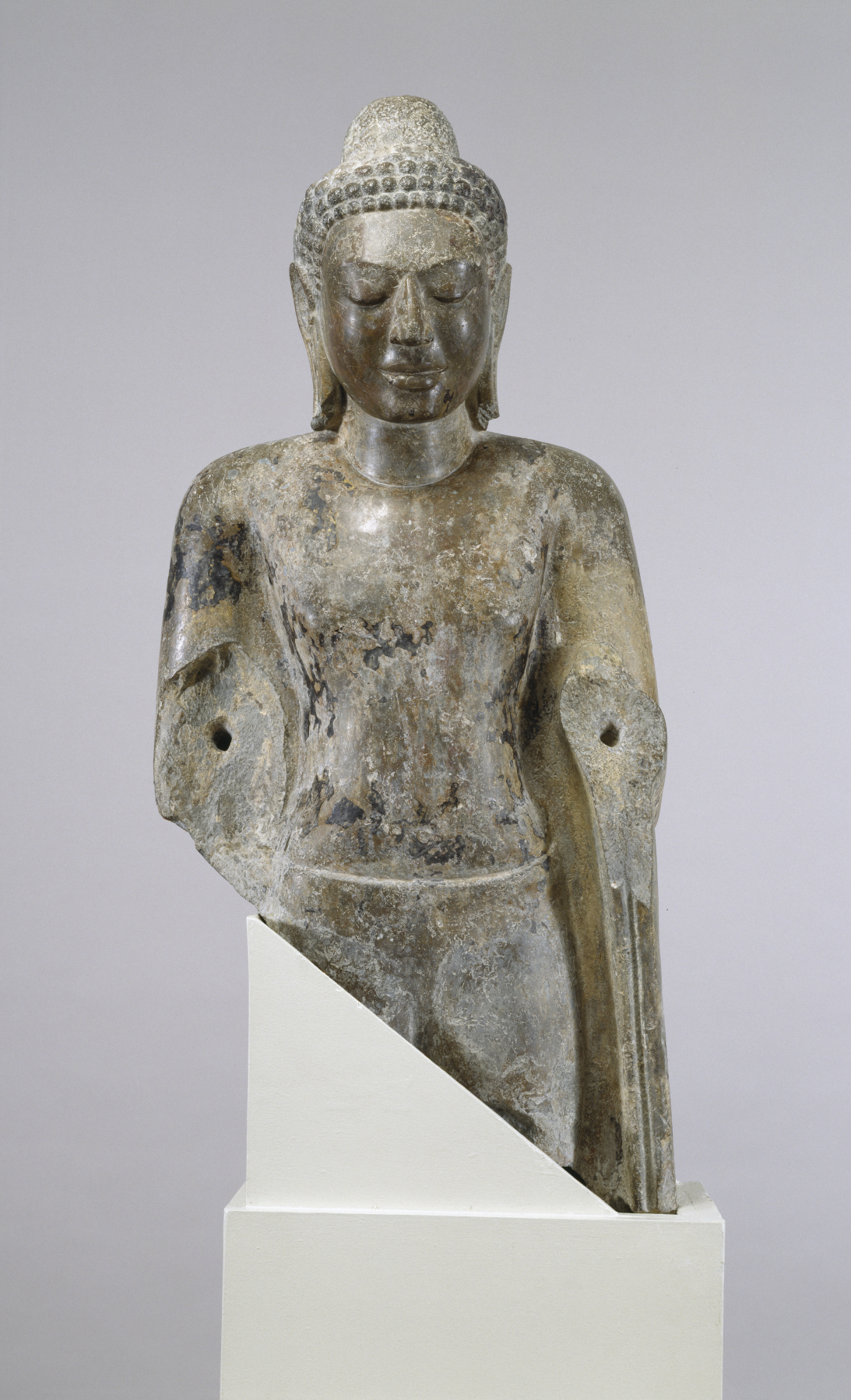 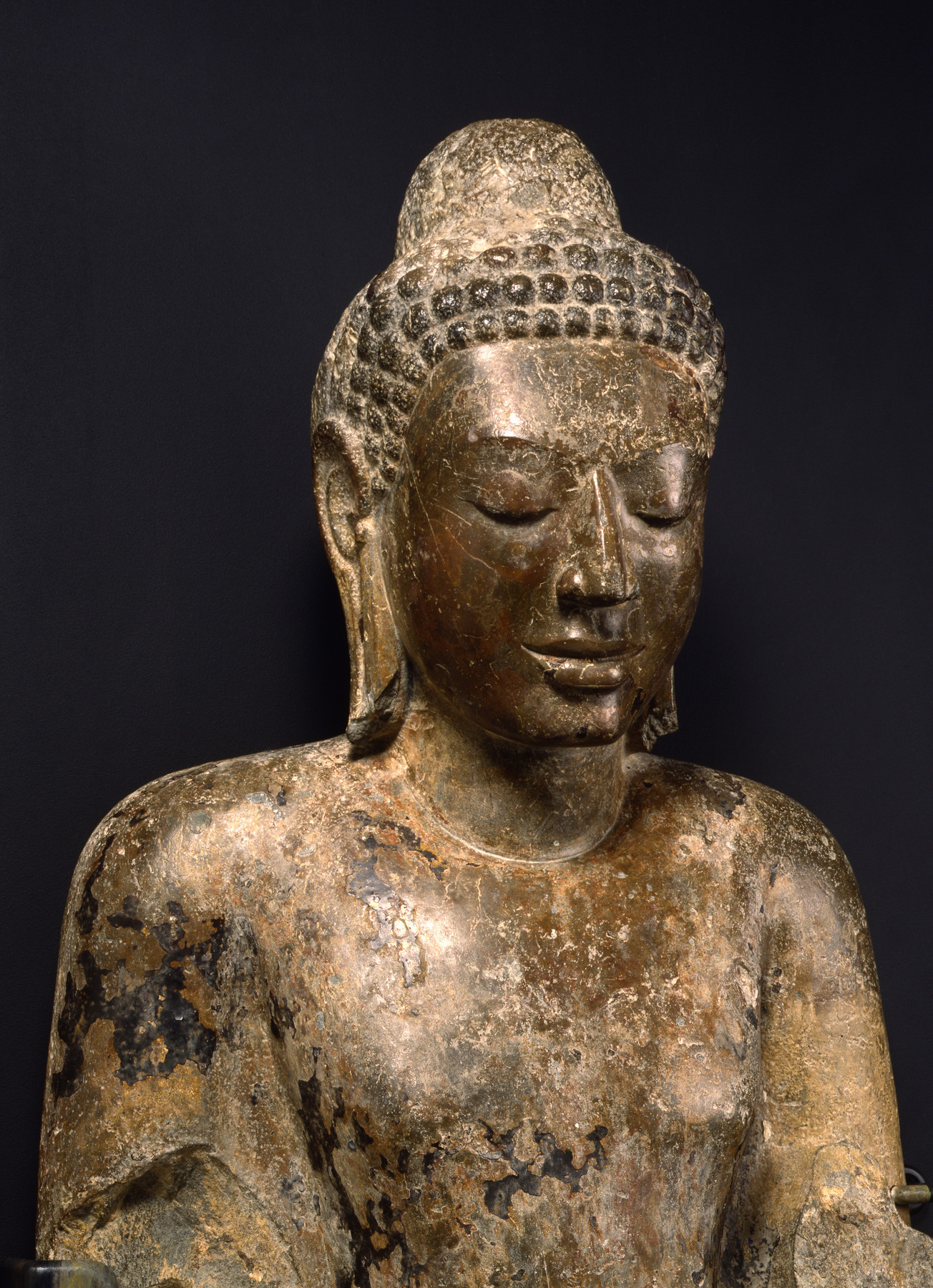 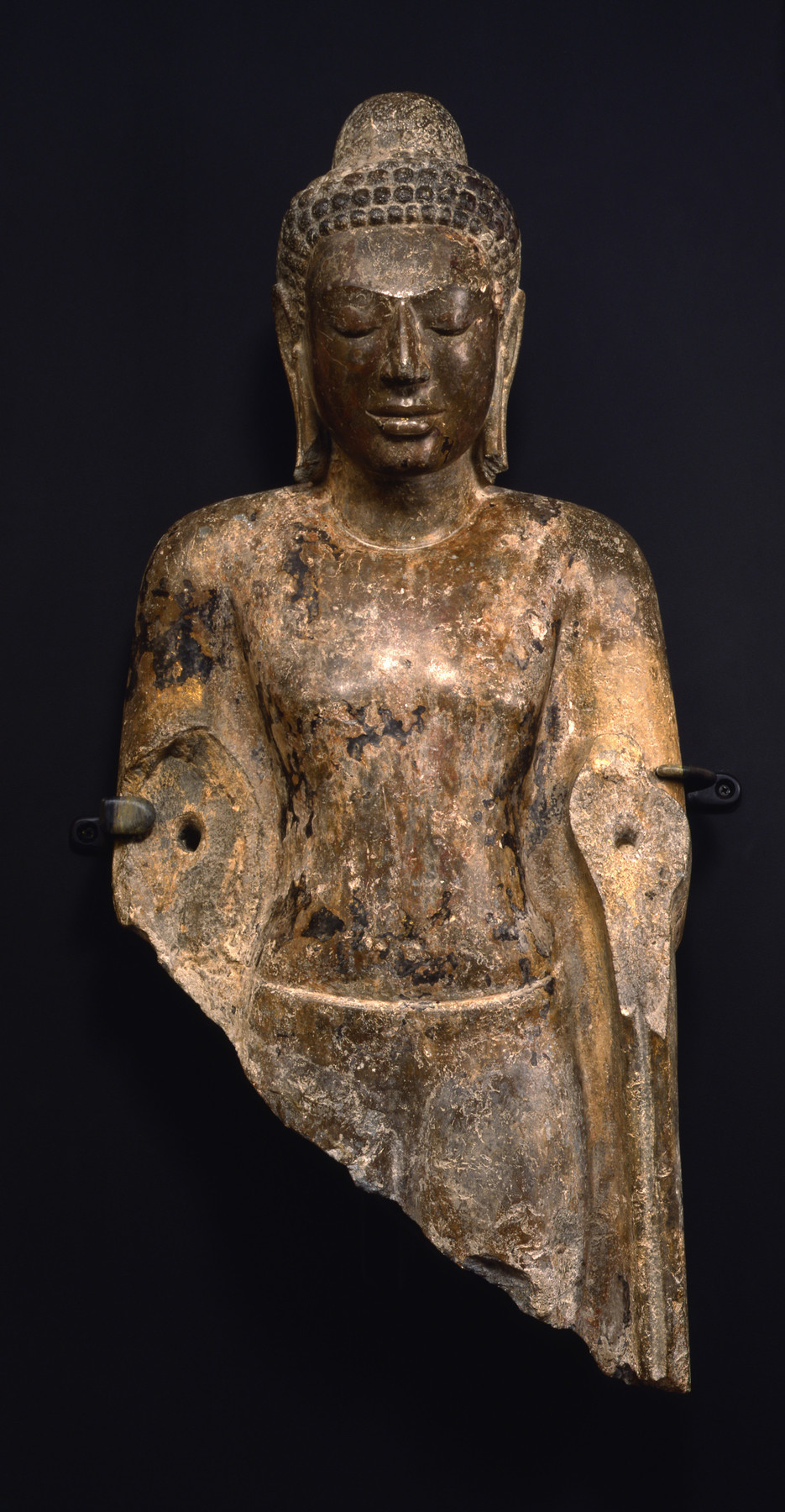 The head of this sculpture reveals distinguishing marks of the Buddha, according to Buddhist scriptures. His earlobes are elongated from the heavy earrings he wore as a prince. After renouncing his life of privilege and becoming an ascetic, he cut his long hair as a sign of humility and was left with short tight curls. Above those curls is a cranial protuberance ("ushnisha") that indicates his enlightened state. The resulting tranquility is shown through a serene smile and relaxed eyelids. Additional marks of the Buddha, seen here, include an aquiline nose, a prominent chin, and arched eyebrows.

This Buddha would have stood erect with his hands, now missing, in a posture of either bestowing grace or allaying fears. The traces of black lacquer and gold paint allow us to imagine a magnificent image that gleamed in the light of a temple.

Arts of Asia: Buddhist Art of East and Southeast Asia