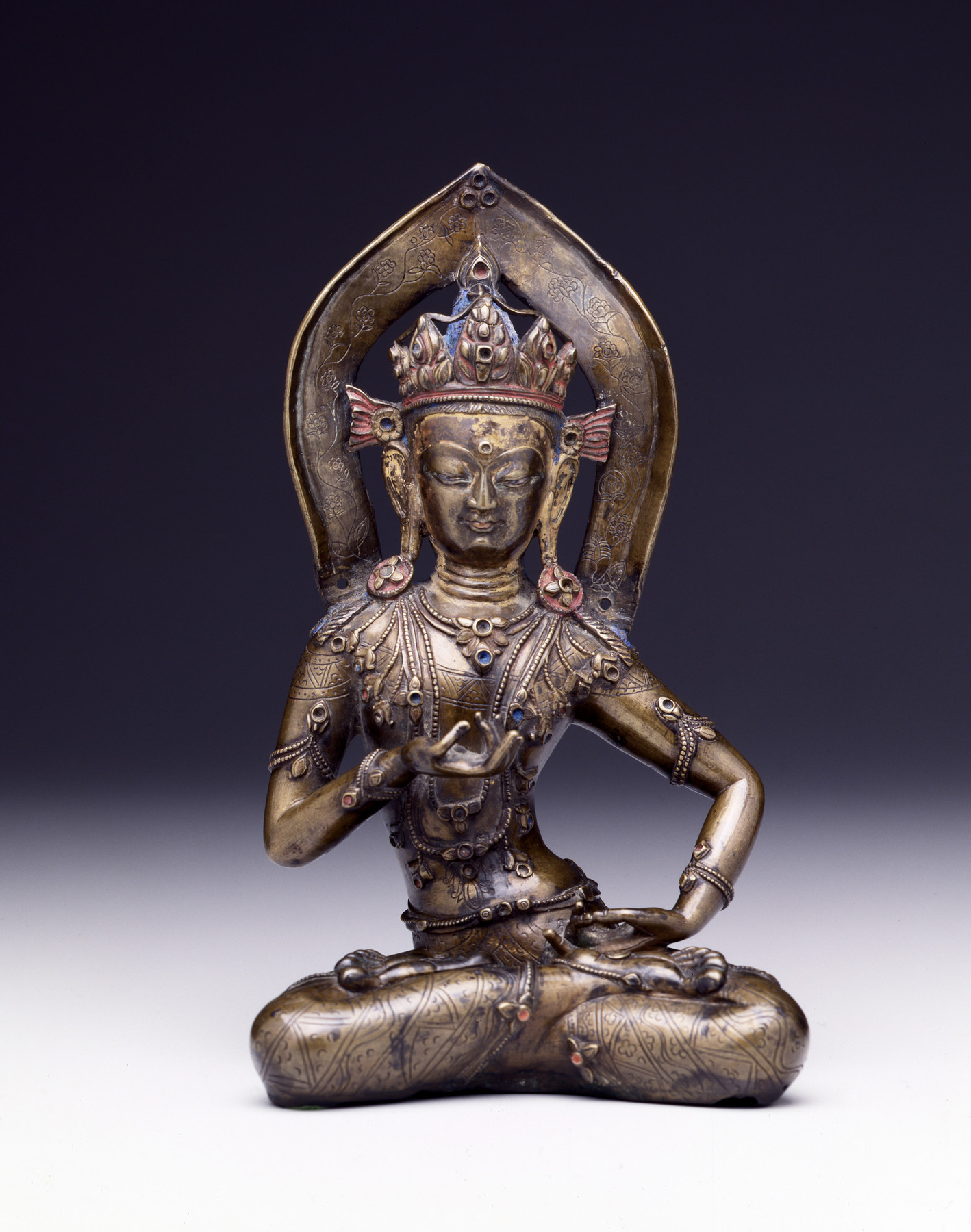 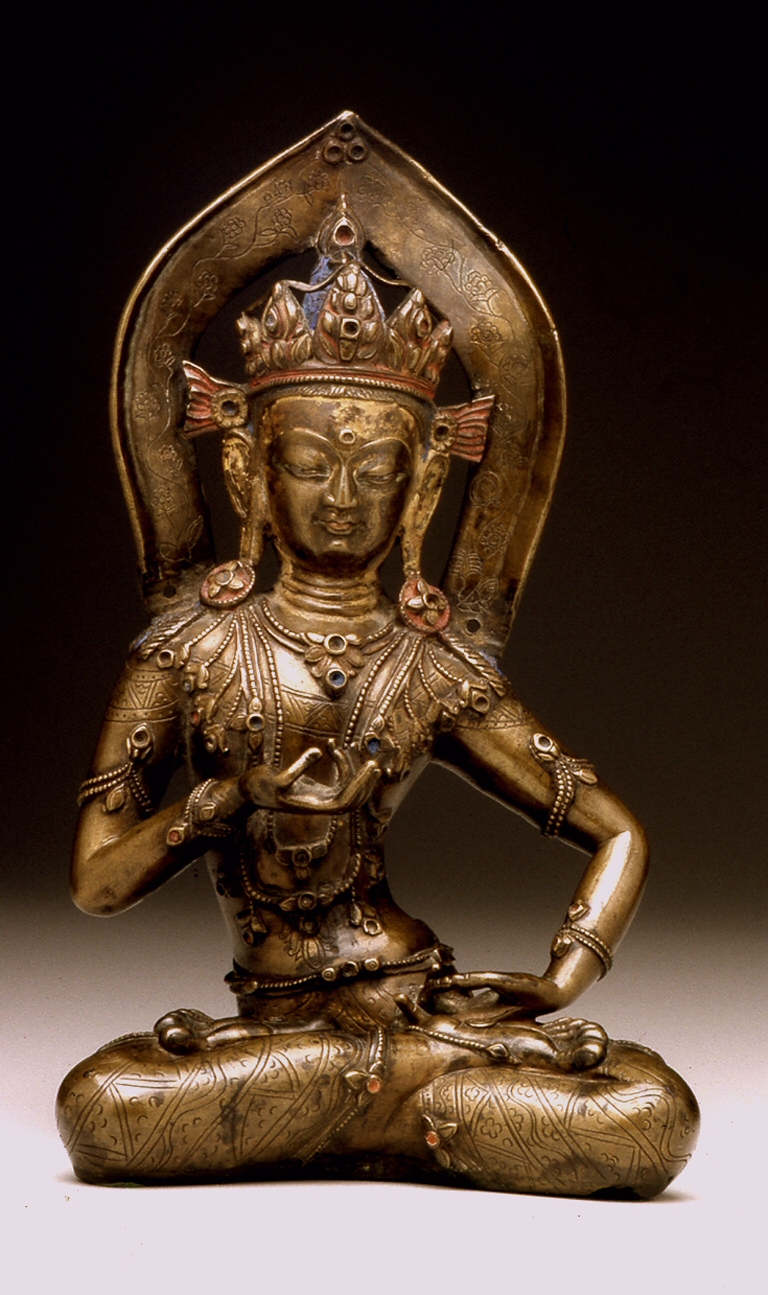 The Sanskrit expression vajrasattva means "the thunderbolt of diamantine (also adamantine) essence," of which Vajrasattva is clearly the embodiment. His alternative epithet dharmadhatu means essence of religion. As an important archetypal deity, Vajrasattva is regarded both as a Buddha and a bodhisattva, though he is generally represented elaborately bedecked with ornaments in sambhogakaya or body-of-bliss form. He is frequently included in Tibetan lama lineages as the primordial teacher, and the Newars consider him to be the priest of the five transcendental Buddhas. This association may have been due to the disposition of the two attributes, held exactly as they are by priests during worship. This figure is portrayed in the conventional seated posture. Although the hand attributes are missing, from the disposition and gesture it can be identified as Vajrasattva.