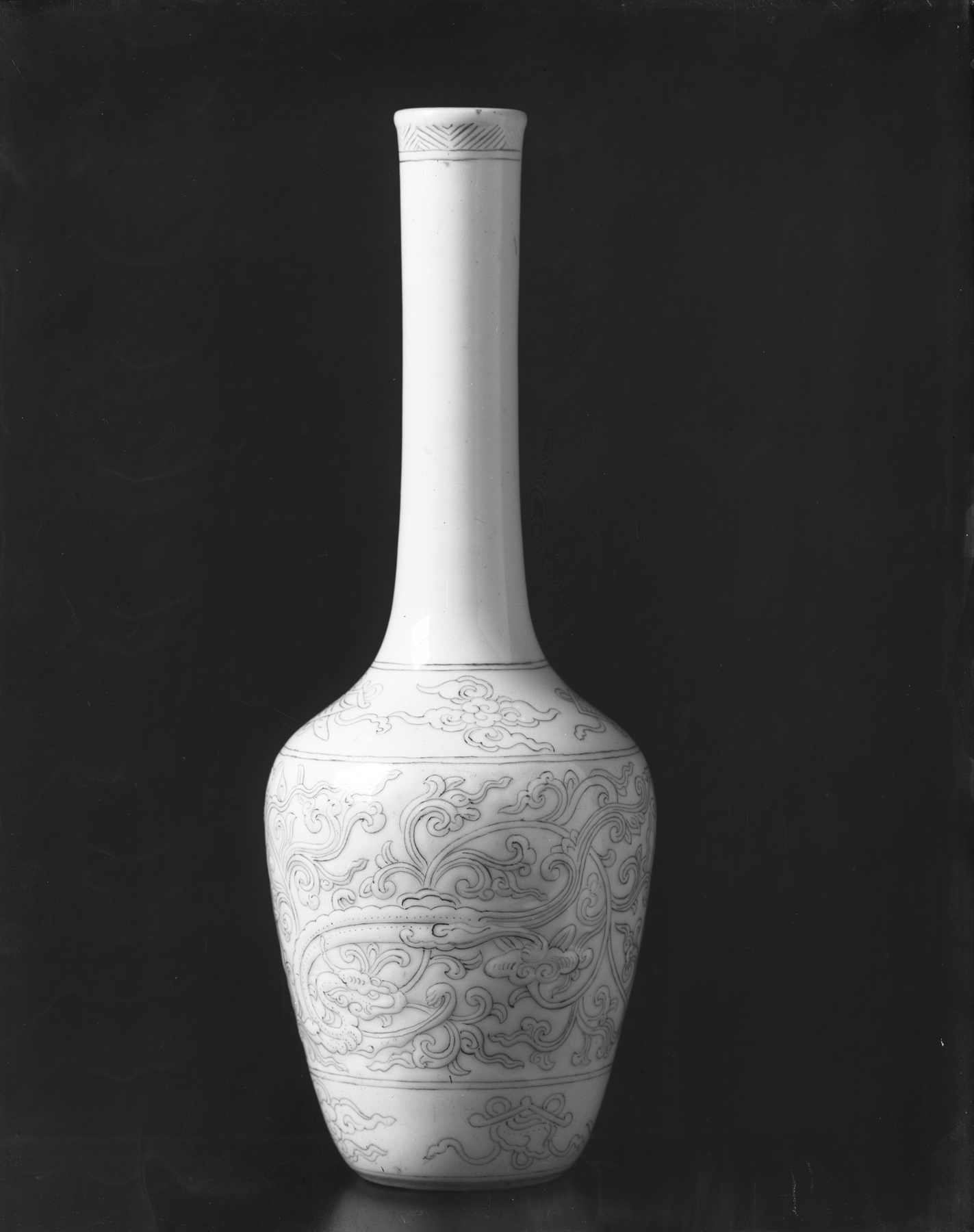 Relief decorations of dragons appear around the body of this flower vase. The archaic and lizard-like horned dragons soar through large scrolls of lingzhi, a mystical fungus symbolizing longevity and immortality. Beneath the thick band containing the dragons is a band along the foot filled with four varied Buddhist auspicious symbols, including rhinoceros-horn cups, a double lozenge, the conch shell, and a palm leaf. The shoulder is incised with a band with cloud scrolls. Triangular fret is incised beneath the lip of the vase while the tall slender neck remains smooth and undecorated. The glaze which covers the vase appears overall white and translucent with a slight greenish tinge. Kangxi white porcelain such as this sought to rival the white ware of the Song dynasty, which is often compared in beauty to white jade.