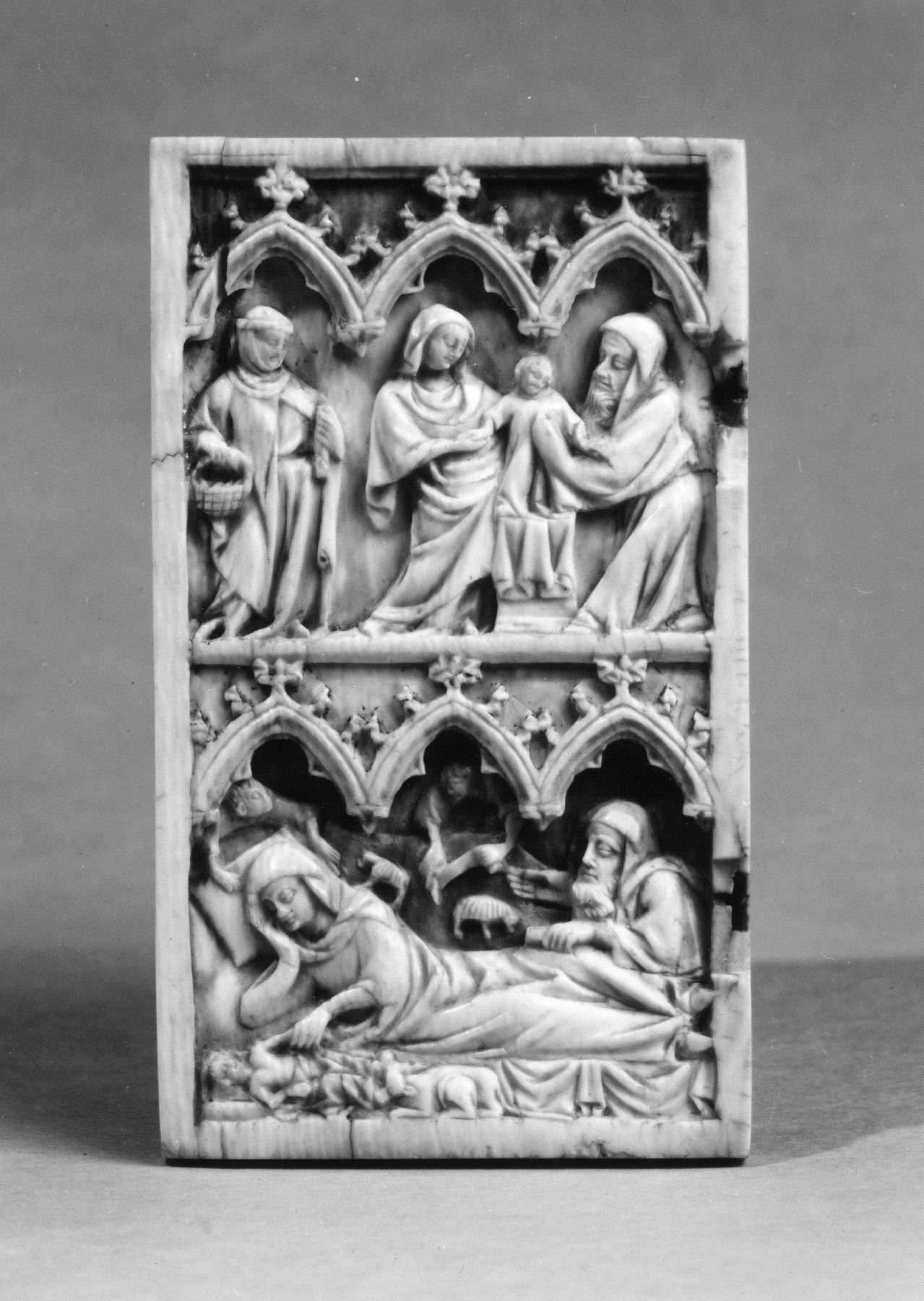 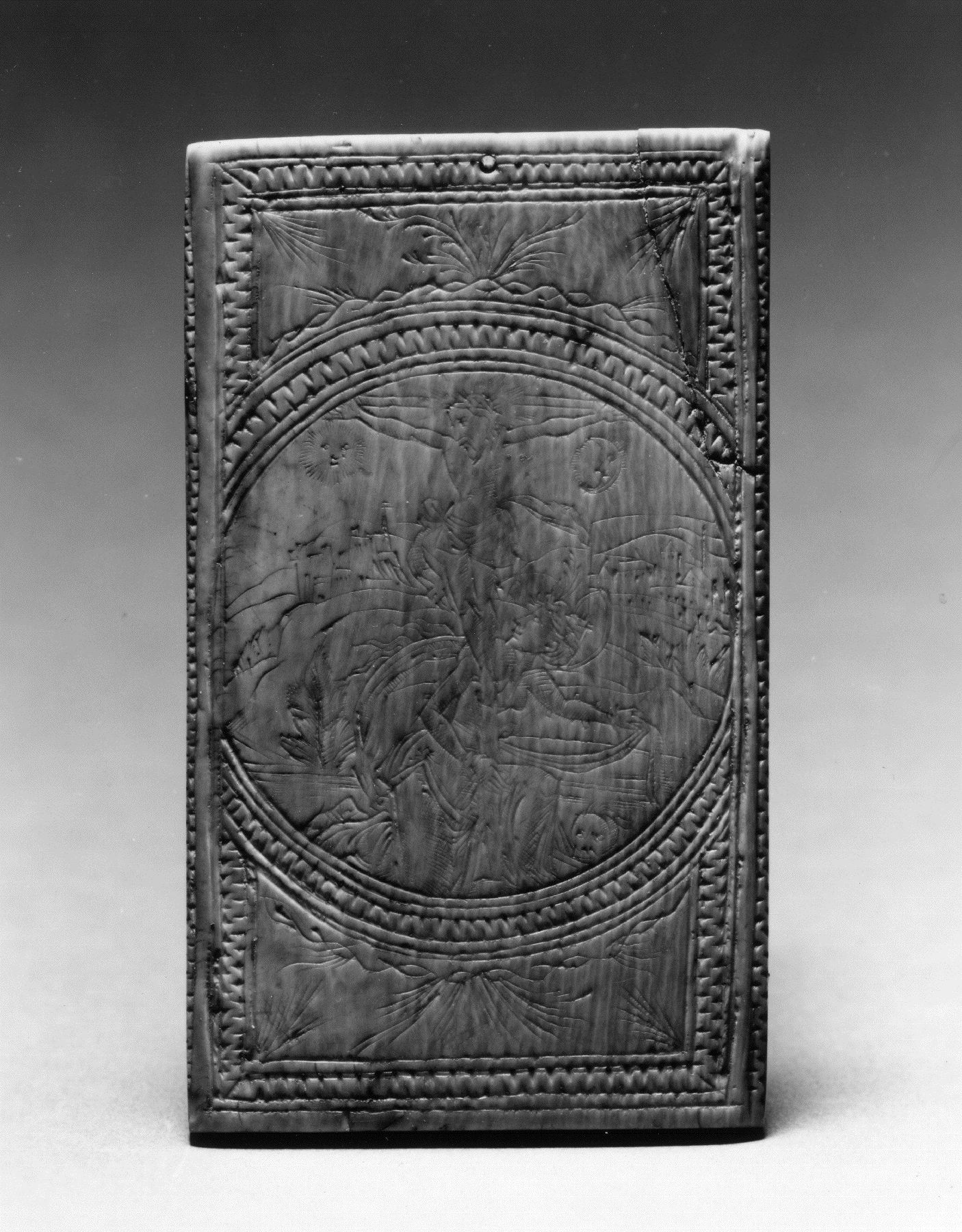 Diptych Leaf with the Life of the Virgin

The upper register contains the Presentation in the Temple; the lower, the Nativity, with the Annunciation to the Shepherds in the background. The heavy Burgundian-type drapery in the upper scene, particularly that of the Virgin, suggest a date close to 1400. The scenes are shown beneath arcades of three trefoil arches.

The hinges are missing, and the panel was recut for second hinges. The upper register shows traces of lapis blue behind the crockets; the lower scene has traces of green landscape and blue sky.

The reverse of the panel is engraved with the Magdalen at the foot of the Cross in an oval with decorative borders, taken from an Italian (?) print of th late 16th century. The engraving would indicate that the ivory was still in use in the 16th century.